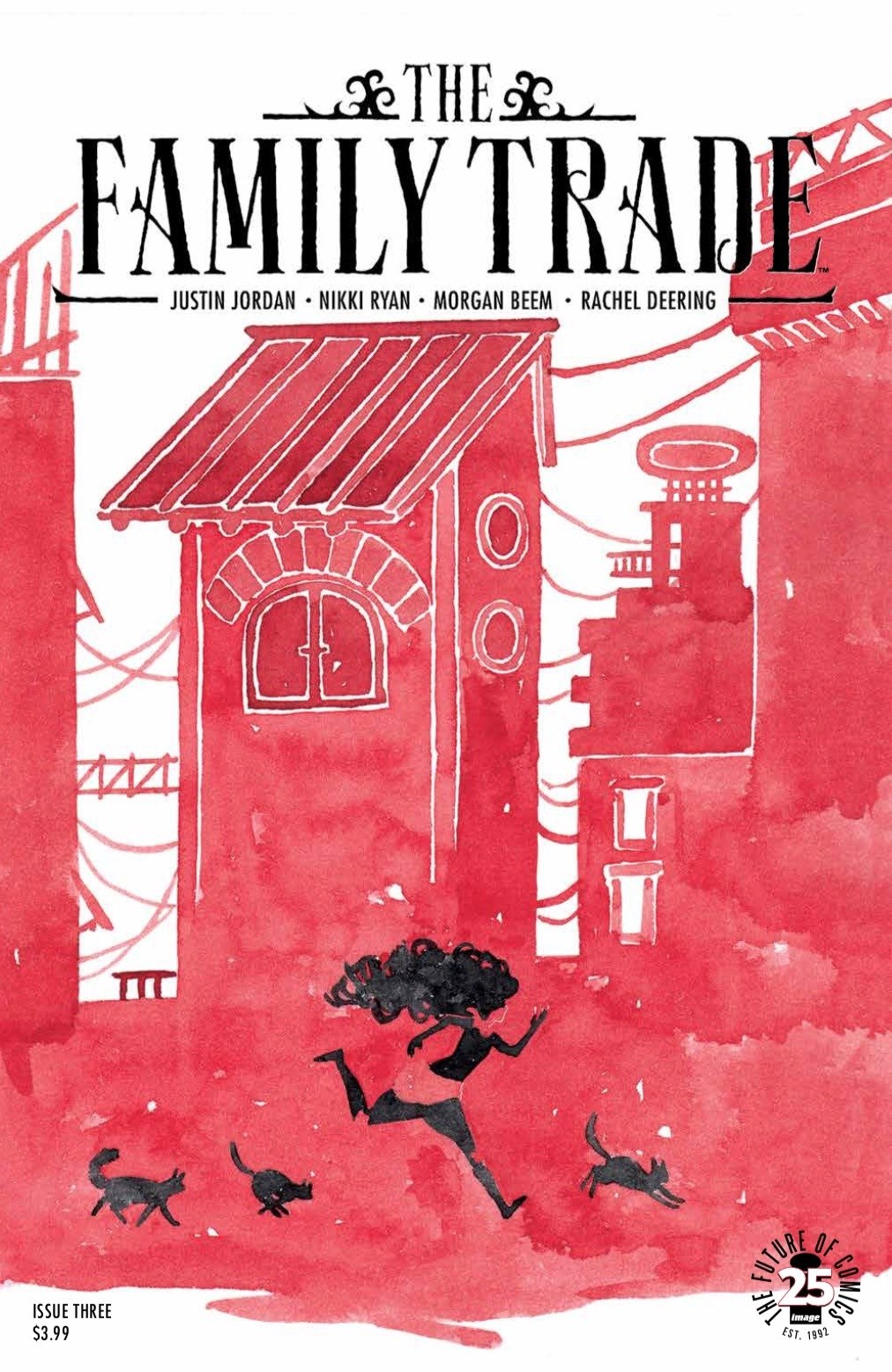 The intrigue of Jessa’s adventures came from two specific areas: first, insight into her thoughts, and second, the landscape of the Float itself. Unfortunately for The Family Trade, the former is reaching the point of overuse and the latter barely used at all. In its third issue, The Family Trade places Jessa neck-deep in her conflict – now including betrayal atop the continuing theme of her running for survival – but the series feels isolated, almost claustrophobic, with the extent we are living in Jessa’s mind when the world of assassins and a creative new city could feel nothing less than expansive. It’s a missed opportunity, at least for now, under-utilizing maps of the Float and acquainting readers with its layout and key landmarks. Still, there’s betrayal and another great escape by Jessa in this issue, and those are enough to keep any issue entertaining.

Morgan Beem’s style is limited by ubiquitous close-ups and small room settings, so I look forward to bringing the action outside into the greater expanse. Buildings, river ways, grappling hooks, the night sky… this series can really flex it artwork when Jessa is giving us a running tour of the Float, and the series should play to those strengths. Things flow in a fun direction each time that’s the case, and it supplements well with Jessa’s inner dialogue, her voice telling one story while the landscape tells us more about her world. 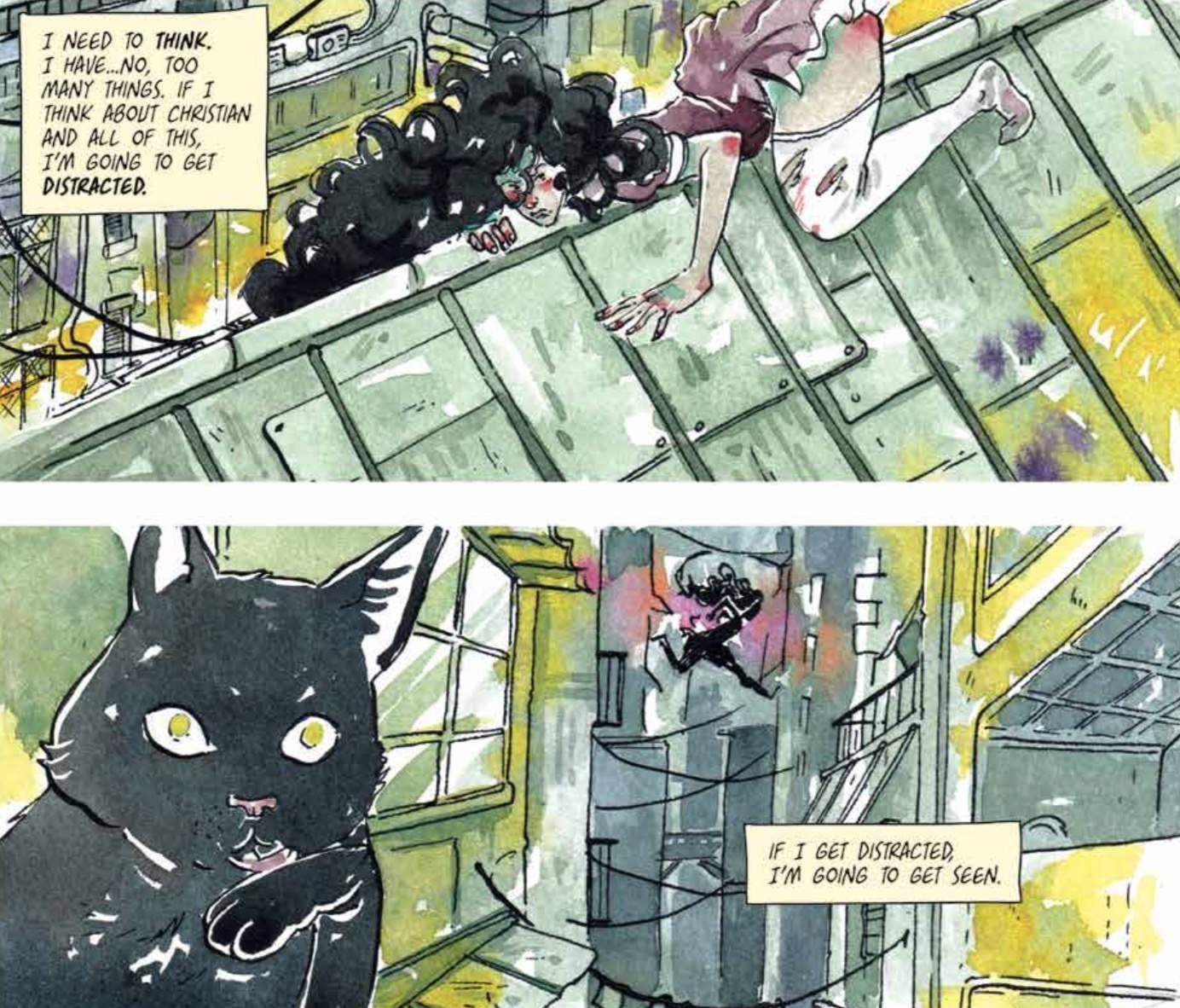 Overall, things have sped up, and this comic lives on the cusp of reaching the promise of its premise. Interested to see how Jessa’s character arc evolves following betrayal, and how she gets herself out of another corner. She stays forever on the run, and hopefully her character arc can catch up soon so we care about her goals beyond survival.

Reading The Family Trade? Find BNP’s other reviews of the series here.