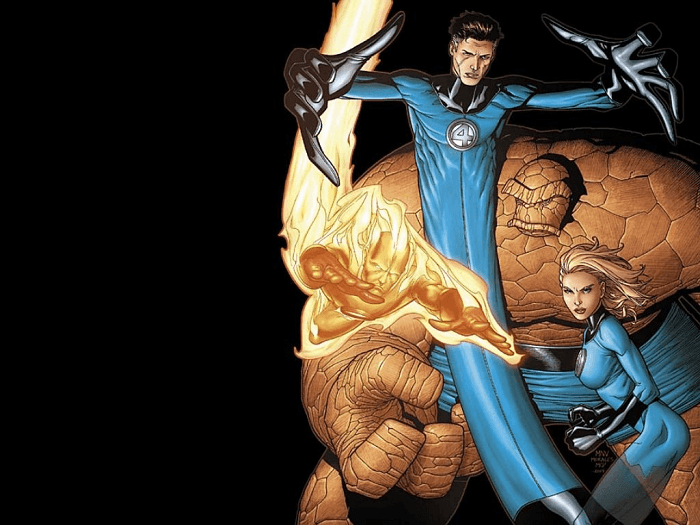 So, last week, Bleeding Cool broke a story about a rumor (no diss to Bleeding Cool, but we’re not upgrading it to “fact” status until Marvel confirms it….and it’s highly unlikely they’re going to say this one out loud the old fashioned way) that Marvel is on a tear to cancel any Fantastic Four titles. Word is the powers that be are operating under the idea that the comics give undeserved promotion to Fox’s movies since Fox owns the film rights to Fantastic Four. Of course, X-Men comics make entirely too much money for Marvel to pull such a snub with them. After all, as much as fans love Marvel, we all know they’d tie Wolverine to a ceiling fan and beat him with a lead pipe if they thought money would fall out of him. (Fun Fact: Disney/Marvel sees 5% of the gross from all of Fox’s films based on Marvel heroes.)

With that in mind, it seems like the popular theory is that the Fantastic Four titles are such mid-level money makers that Marvel could afford to take the “L” and put them “on hold” for a bit. Allegedly, even FF images have been taken down in the offices. They definitely didn’t show up on the cover of the 75th anniversary project AT ALL. Now, if it were just Ultimate FF, I could probably understand because that, ladies and gentlemen, is a shitty book. But if the rumors are true (and I can’t stress enough that this is NOT something Marvel has confirmed via press release), perhaps this should be a bit more disturbing to fans whether they read Fantastic Four or not.

When Atlas Comics became Marvel in 1961, Fantastic Four was not only the first title to be released under the new label, but it was the first comic ever to be the result of Stan Lee and Jack Kirby’s “Marvel Method” of scripting which became the template for ALL other Marvel titles to debut soon after…books that are staples for Marvel and comic culture like Spider-Man and Iron Man. It’s also the archetype for Marvel’s trademark of bringing more of an everyman to the traditional superhero. The Fantastic Four is literally the blueprint. To call them “Marvel’s First Family” isn’t hyperbole. It’s fact. It’s legend.

Marvel not having a Fantastic Four title is tantamount to DC not having a Superman book in rotation. Even when Superman was an wildly uninteresting book to read (it seemingly took a full franchise reboot for DC to realize that Superman is a better read when he actually punches a bad guy once in a while), the idea of cancellation was heresy. DC is so hardcore about keeping him in their arsenal, they’ll maintain Superman books without Superman being in them. Remember that time he went off to New Krypton and Adventure Comics was basically about how much Lois Lane’s dad hates Superman? Yeah, THAT hardcore.

DC does a lot of things wrong (no, seriously….they do a LOT wrong….The Outhouse keeps count) and nobody is harder on them than me, but they have a felt understanding of the importance of tradition. Granted, it’s arguable that they’re so mired in tradition, the idea of innovation eludes them, but they understand that, as an art form, history is important. Taking that away from readers, as Marvel MIGHT be doing just for one media titan (Disney) to make an example of another media titan (Fox) is like Godzilla destroying a city to save it from another monster destroying.

Okay, maybe that last part was a bit hyperbolic but you get what I’m saying. If the whispers are true, the Powers-That-Be are making a very clear statement: “Corporate grievances are more important than the fans.” Now, sure, it wouldn’t be the first time mainstream comics had made such a declaration via questionable decisions like this, but this is terribly overt and a pretty early foreshadowing of things to come barely five years after Marvel being folded into the Disney umbrella.

In the western world (particularly America), I believe comics are our mythology, stories of extraordinary people and the lessons we can learn from them. I believe they are faces, deeds, symbols, sayings and ideals that etch themselves into the collective consciousness of our culture for generations long after. I believe that people like Lee and Kirby understood this better than many. And when comic companies (not the movie studios that own the properties like Fox, Sony and Universal, mind you…the ACTUAL COMPANY THAT CREATED THEM) decide that “the principle of the matter” outweighs the standard of their brand, the thing that comic fans ultimately cling to even when they’re doing all that bellyaching in comment sections and Facebook groups…perhaps it’s time for them to ask, “What are we fighting for?” And as citizens of the world of nerd, perhaps we should as well.

Am I doing a lot of pondering based on a rumor? Yeah. Is it time for fanboys to press the “panic button”? Probably not. But when a company with so much history is prepared to knock over the proverbial checkerboard just so the competition doesn’t win, maybe it’s time to give geekdom’s Doomsday Clock another look.