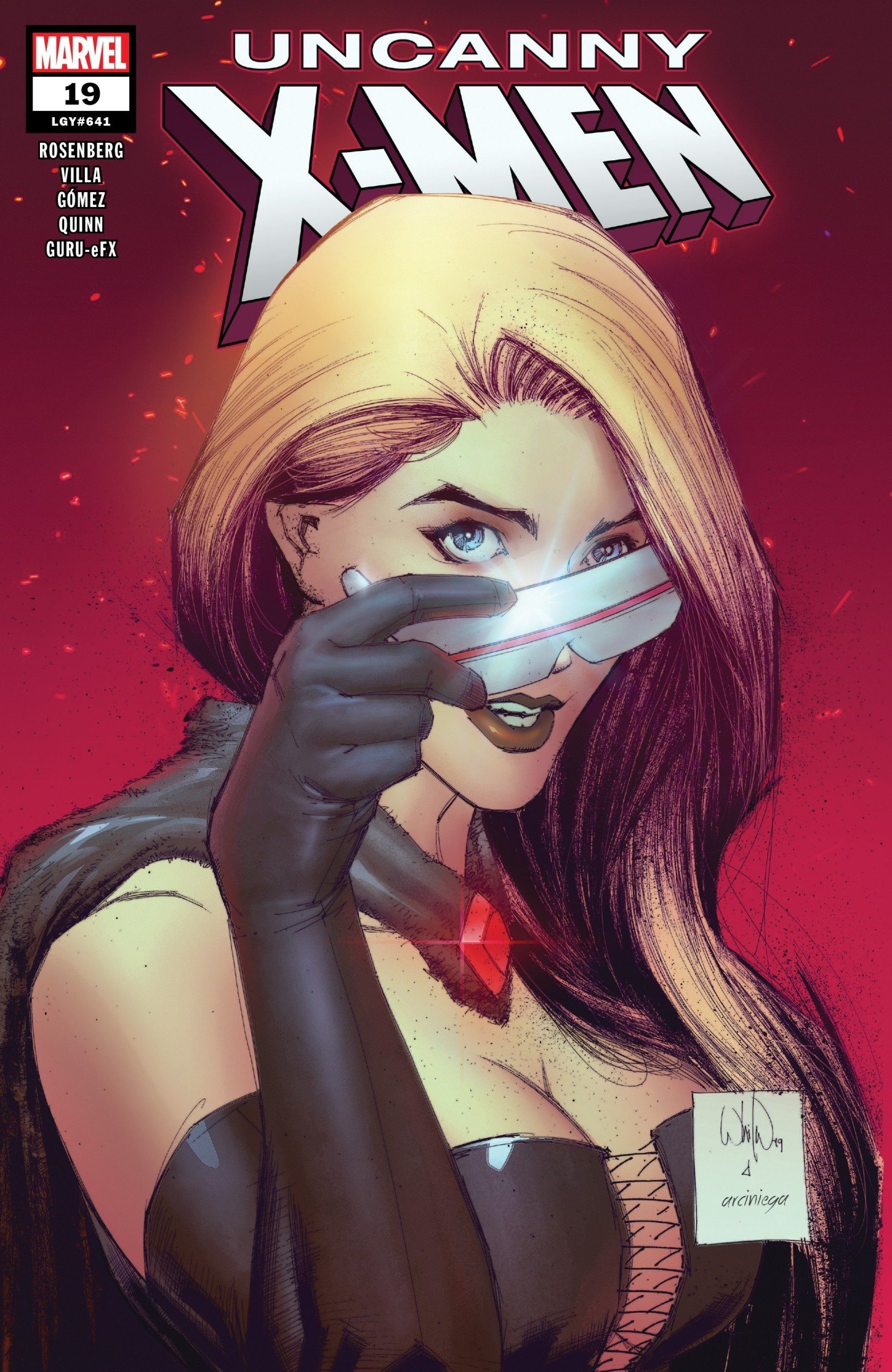 The bodycount gets a new tally mark in Uncanny X-Men as another mutant dies in a gruesomely familiar manner (oddly predicted by last year’s Deadpool 2).  In part three of the “We Have Always Been” arc, the story builds upon flashbacks of Emma Frost — from the disappearance of the X-Men in the battle with Nate Grey, up to the present where she now reigns as the Black King of the Hellfire Club. Always one to play for the winning side rather than the side of morality, Frost aligns herself with the O.N.E. forces to track and exterminate mutants in order to prolong her own survival.

“I remember when New York felt interesting. Everything feels so been done.”

The only way to maintain these days is to mob up. Emma Frost watched the world collapse around her, but made sure to gather a new Inner Circle.  Amongst her new Hellfire Club sit former X-Men Marrow, Elixir, Vanisher, and Mystique. Frost’s reign is short-lived when they are raided by O.N.E. forces. The transmode-infected mutant / Sentinel hybrids of Moonstar and Strong Guy make short work of the Inner Circle members. Held hostage by General Callahan, the director of O.N.E., the Hellfire Club is subjected to light torture and exhaustion tactics. Frost’s powers are suppressed with an implant attached to a bomb, and Callahan holds the trigger. He uses this to leverage Frost’s help to locate any and all remaining mutants. Frost hesitates for one reason: she knows that Cyclops is alive. In order to deflect another murder of her former lover, Frost instead suggests that they allow the X-Men to find the mutants on Scott’s list. After O.N.E.’s work is done for them, and they can strike when the mutants are gone. 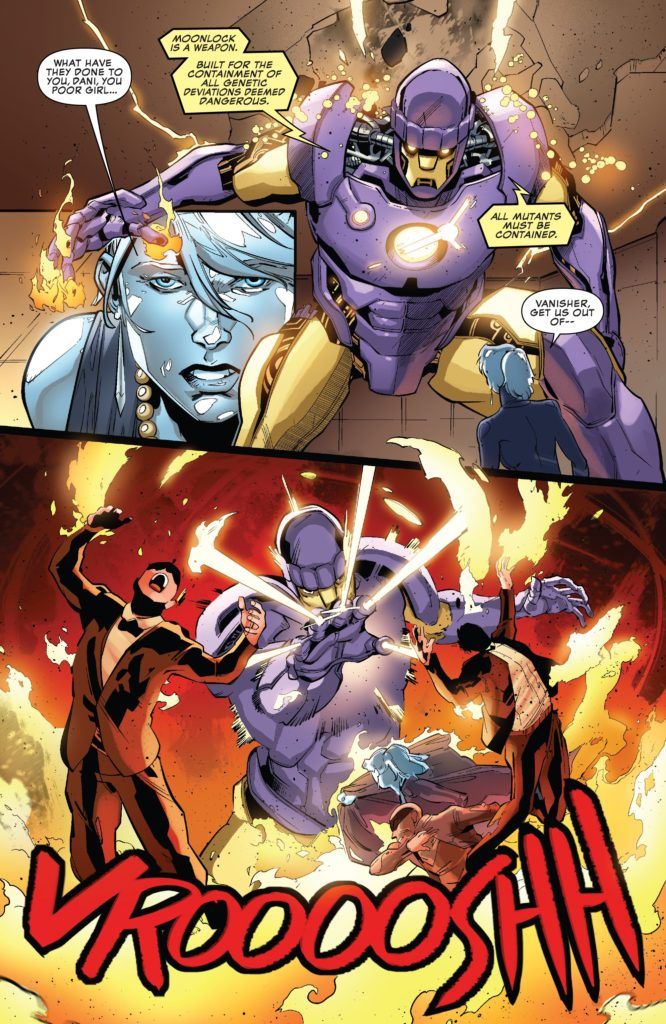 While enjoying the leisures of a privileged accomplice in the extermination of her own people, Emma’s hubris causes her to lose a new Hellfire Club member: resident transporter Vanisher.  When the Callahan O.N.E. unit shows up to tighten the reins of Emma’s crew, Emma threatens the general by using her powers to point his gun at his own head. Unamused and quick to reclaim his time, Callahan uses his trigger control to detonate Vanisher in a messy, exploding mass. True to form, however, Emma has been playing all sides with the long game in sight. She successfully shielded her existence from Cyclops and the remaining X-Men, while also using Mystique to infiltrate the X-Men as Captain America in order to free Mr. Sinister. While Emma still shows a clear love for Cyclops, her plan will ultimately fail her because of that connection. In a palpably awkward and well-realized moment, Emma speaks to Cyclops shortly after his return from death. She shields her presence, but ultimately apologizes to him for how he died during the war with the Inhumans and her role in it.

Only three issues remain in the 22-issue run touted by writer Matthew Rosenberg as “The Last X-Men” story. Since taking over as sole scribe followed the “Disassembled” event, Rosenberg has sent a lot of mutants to the morgue with no mercy. These days, the excitement runs high both in the pages and in the X-offices as the flagship title pushes toward purpose and an apparent new home. As Uncanny and the Age of X-Man near conclusion some kind of cataclysm lingers in the horizon to make way for Jonathan Hickman’s stewardship over the Children of the Atom in July. Things are only heating up for the X this summer.