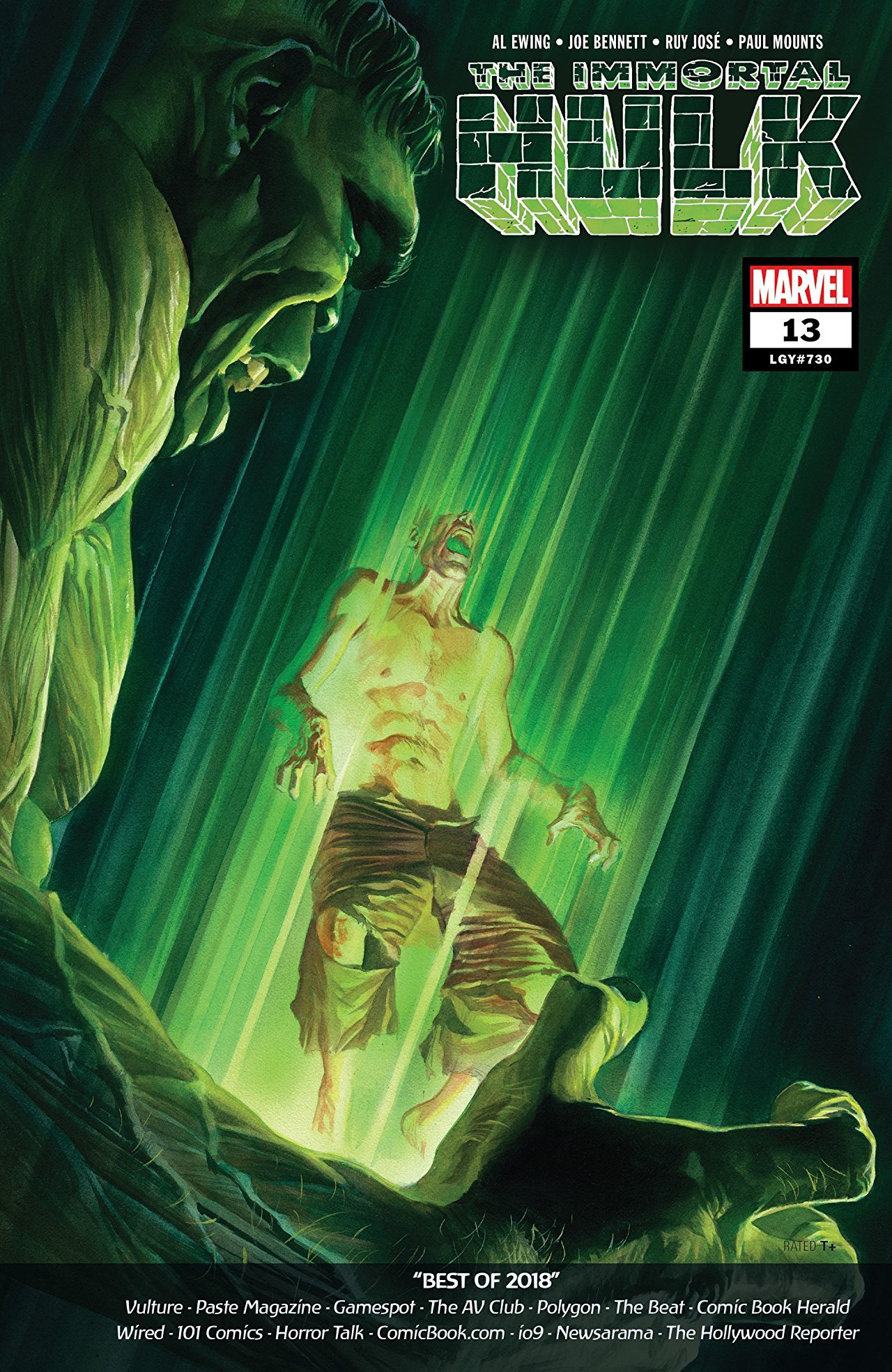 One of the things that works so well for Al Ewing’s Immortal Hulk is how well he balances the line between the sci-fi and supernatural elements of the Hulk mythos. While the Hulk’s creation was an act of science, he plays with the idea of all that gamma energy coming from a place beyond our understanding. It has helped shape this new persona of the Hulk’s into something more monstrous and with more purpose than any version of the Hulk we’ve seen before. 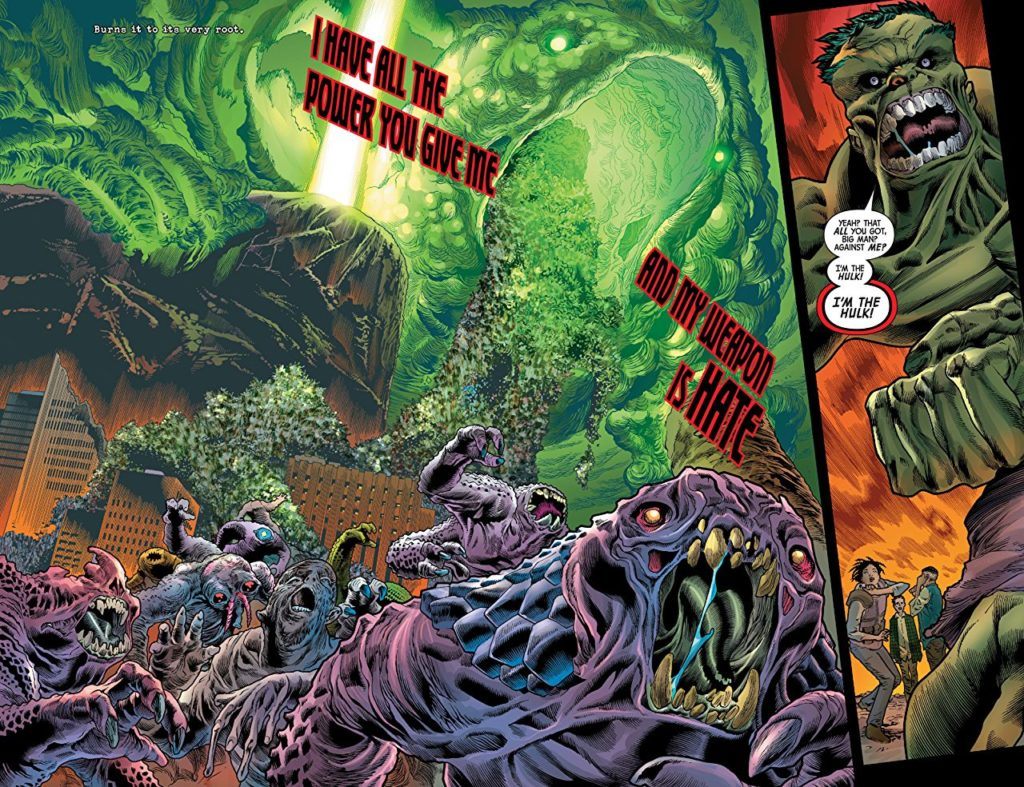 We conclude our time in Gamma Hell with some big character moments and a win for the good guys. First up is Carl “Crusher” Creel. The Absorbing Man has been one of my favorite characters in this series. While he always seems to stray off the beaten path, Ewing presents readers with a man ultimately looking for redemption. In this issue, he finds that with the aid of Alpha Flight’s Puck. Speaking of Puck, he’s a great character to focus on if you have any trouble understanding half of what the hell is going on. He’s also instrumental in Creel making some smart choices that play a big part in turning the tide.

As for the Jade Giant himself, the Hulk has some of the best moments in the book. Even when he’s losing, Ewing masterfully makes the “Devil Hulk” persona feel like a force that can’t be stopped. He’s judgement incarnate and watching him brawl and run through a series of gamma monsters from hell is fun – you can thank Joe Bennett for that. I also love the little narrations that set up the story. They’re Ewing’s way of making the reader think about what kind of creature the Hulk is and his place in the grand scheme of things. 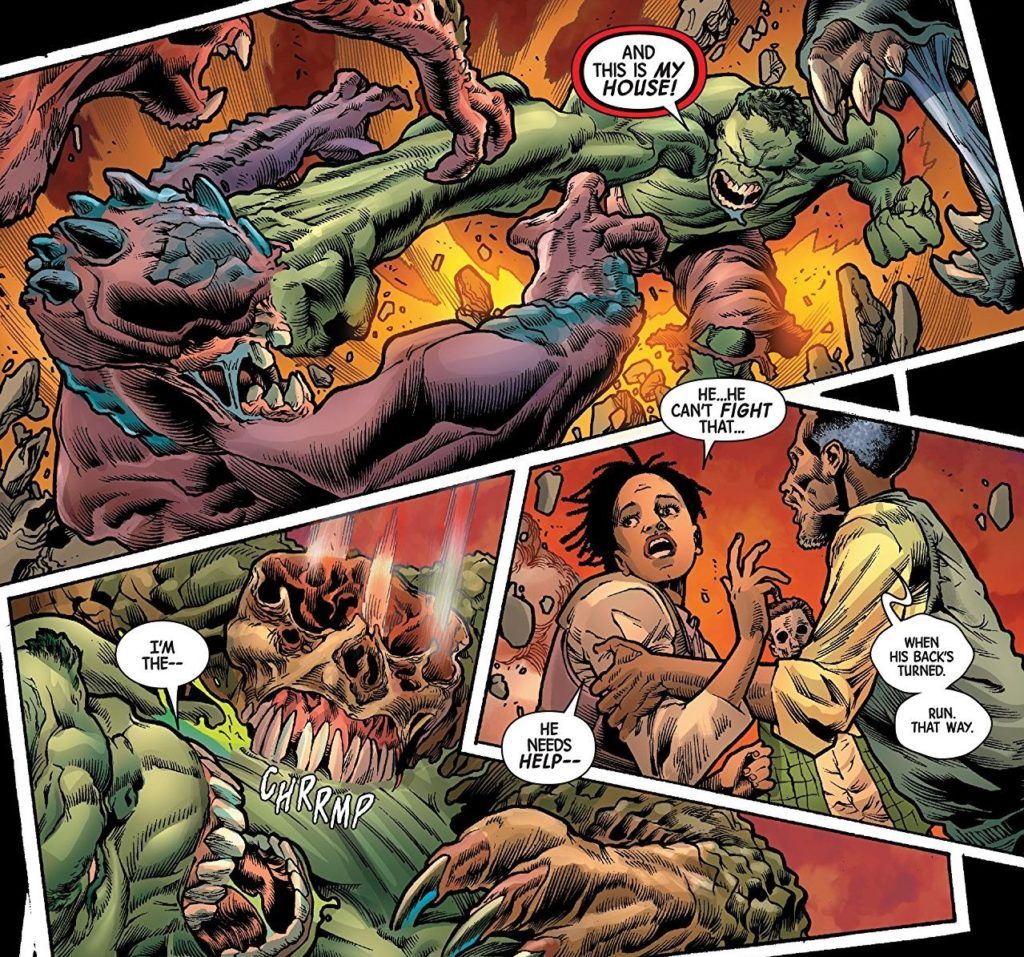 However, the best part of this issue has to be the reunion between Banner and Hulk. It’s a sweet, touching moment that gives a nice perspective on what the two mean to each other. It’s also very different from how the Hulk and Banner’s attitude towards one another have been portrayed in the past. They are less antagonist and more like brothers.

All I can say is that The Immortal Hulk does it again. A stunning conclusion to our time in Gamma Hell. My only complaint is that the confrontation between the Hulk and Banner’s dad is all too brief. However, it’s pretty satisfying to see him get what’s coming to him. In the end, I’ve never been more excited to read a Hulk book.

9 Gamma Doors Closed out of 10