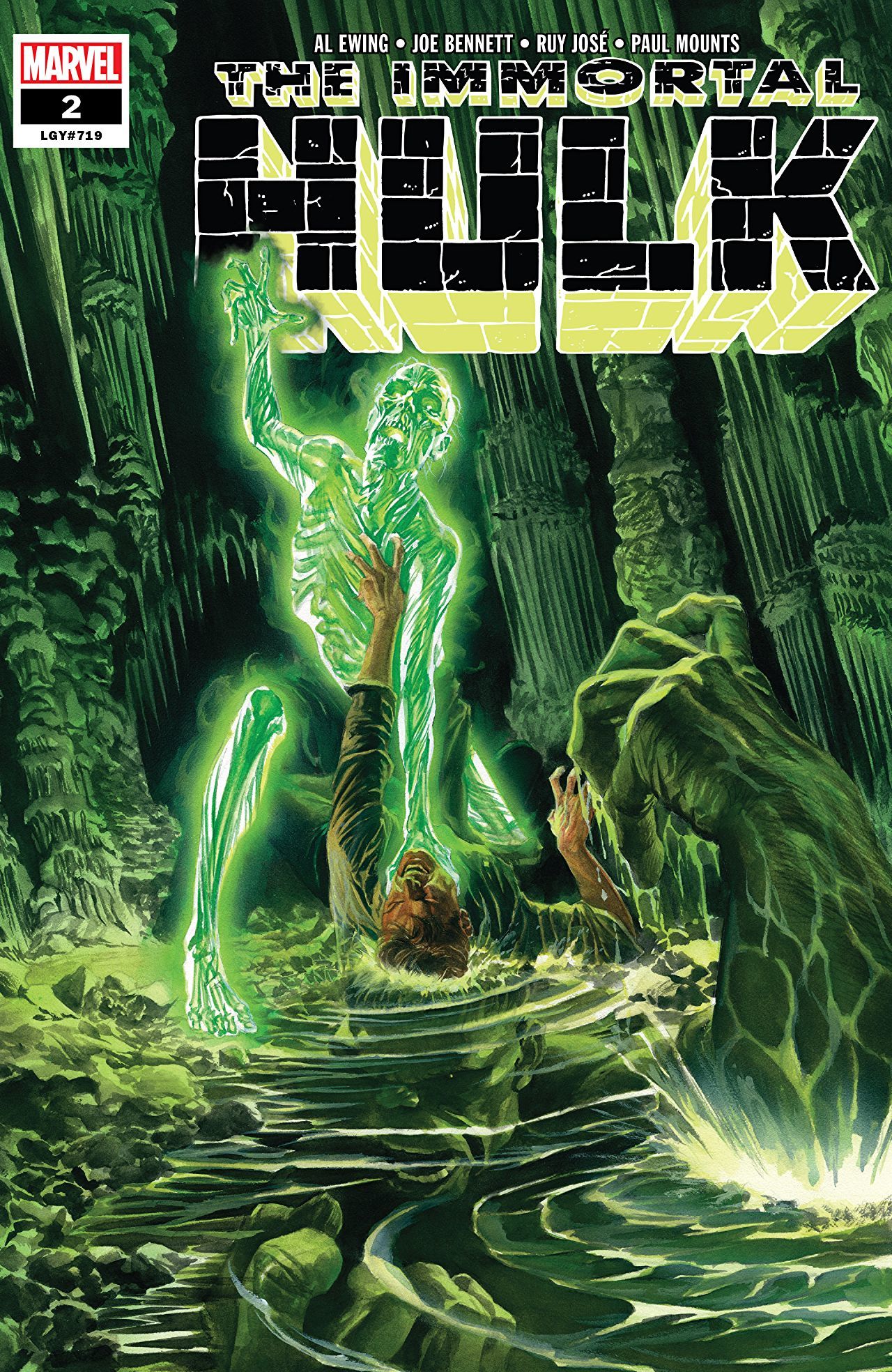 The Immortal Hulk continues to impress. Over the years, the Hulk has had plenty of personality changes – from his Mr. Fixit persona to some of his more savage incarnations. So, it says a lot that Ewing was able to create a Hulk that feels so different from the rest and still pays homage to the idea of the Hulk being the darker side of Banner’s psyche. It’s a Hulk that I can’t wait to see interact with the larger Marvel universe but for now, I like the solo journey we are on now. 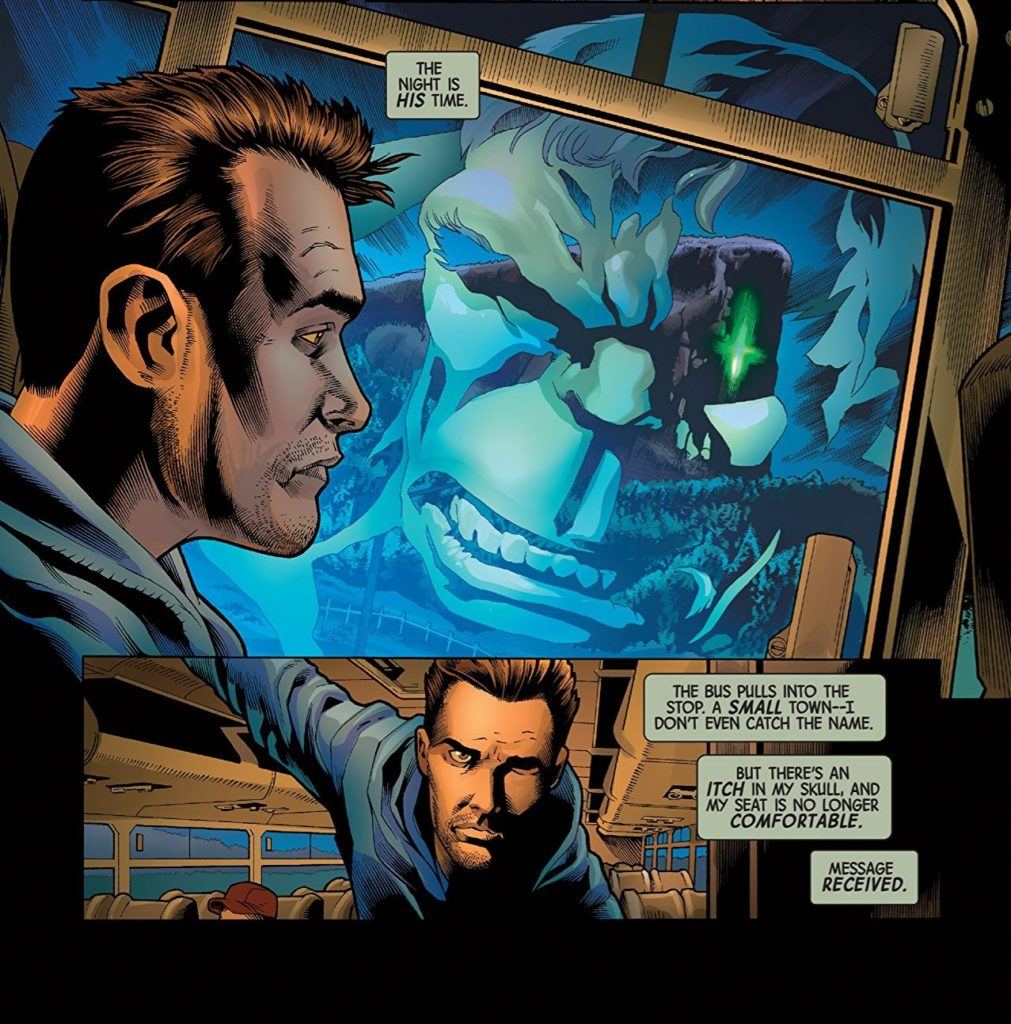 After last issue’s debut of the Hulk’s new vengeful persona, we get a deeper look into Banner himself and how much he’s changed since he had Hawkeye shoot an arrow through his head. I actually like how Banner is portrayed in this issue. He’s very reflective on this time as the Hulk and seems resigned to his fate. What’s even more interesting is that there doesn’t seem to be much of a conflict between Banner and the Hulk. Once again, the dynamic between the two feels very different than what it’s been before and it’s pretty compelling.

At times it feels like the Hulk is haunting Banner, which adds to how their new relationship works. This feeling is in large part due to Joe Bennet’s excellent artwork. Every once and a while, you’ll get a panel where the Hulk appearing in a reflective surface, almost like he’s watching over Banner and is a constant reminder of what he needs to do. Bennet gives us some haunting images that are reminiscent of old-school horror movies. I look forward to seeing what other kind of encounters Ewing gives him to draw. 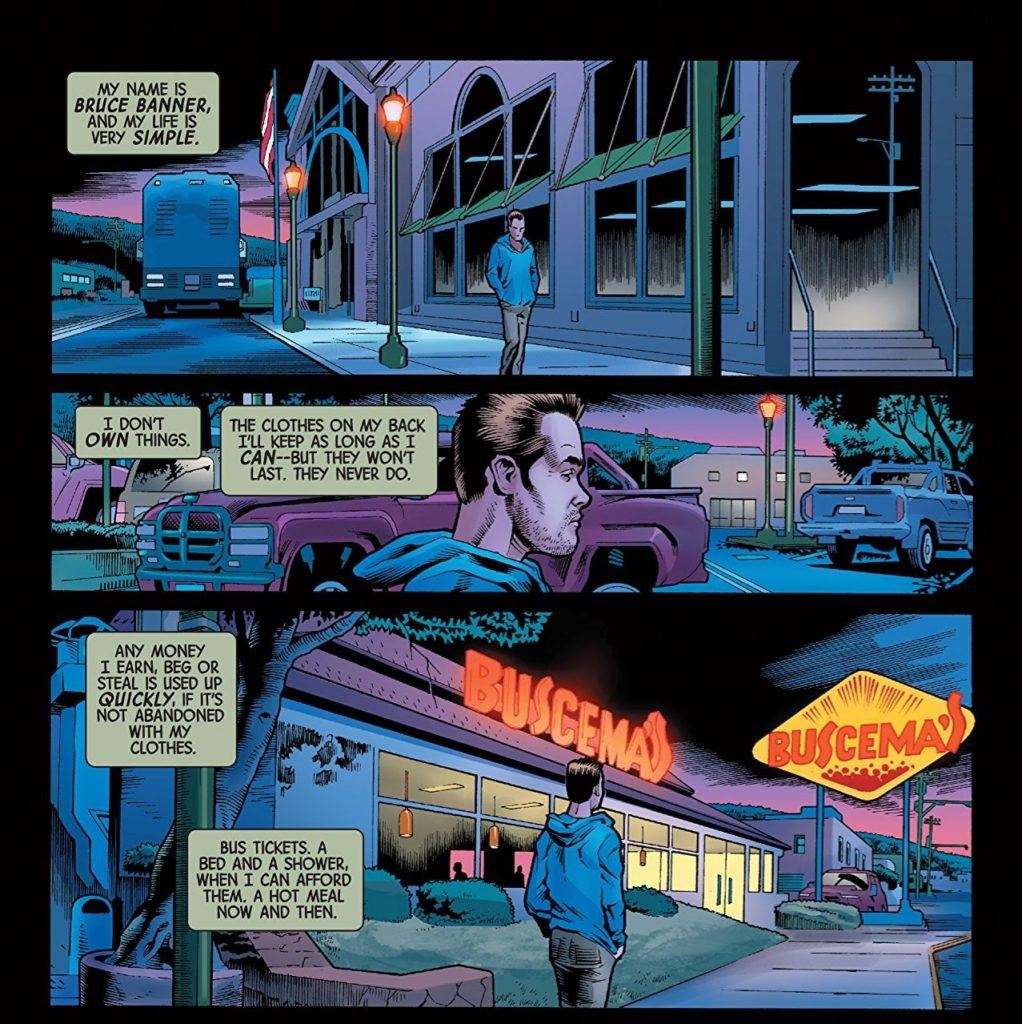 Ewing is doing something pretty crazy with the Hulk. It feels new and like a homage at the same time. He has very much turned the Hulk into a horror movie monster that would fit in with the likes of Dracula and the Creature from the Black Lagoon. I like it and surprised it hasn’t been done more often. In my last review, I questioned not knowing where the book was going but now I wouldn’t mind seeing every issue be a brand new tale of the Hulk as a spirit of vengeance.