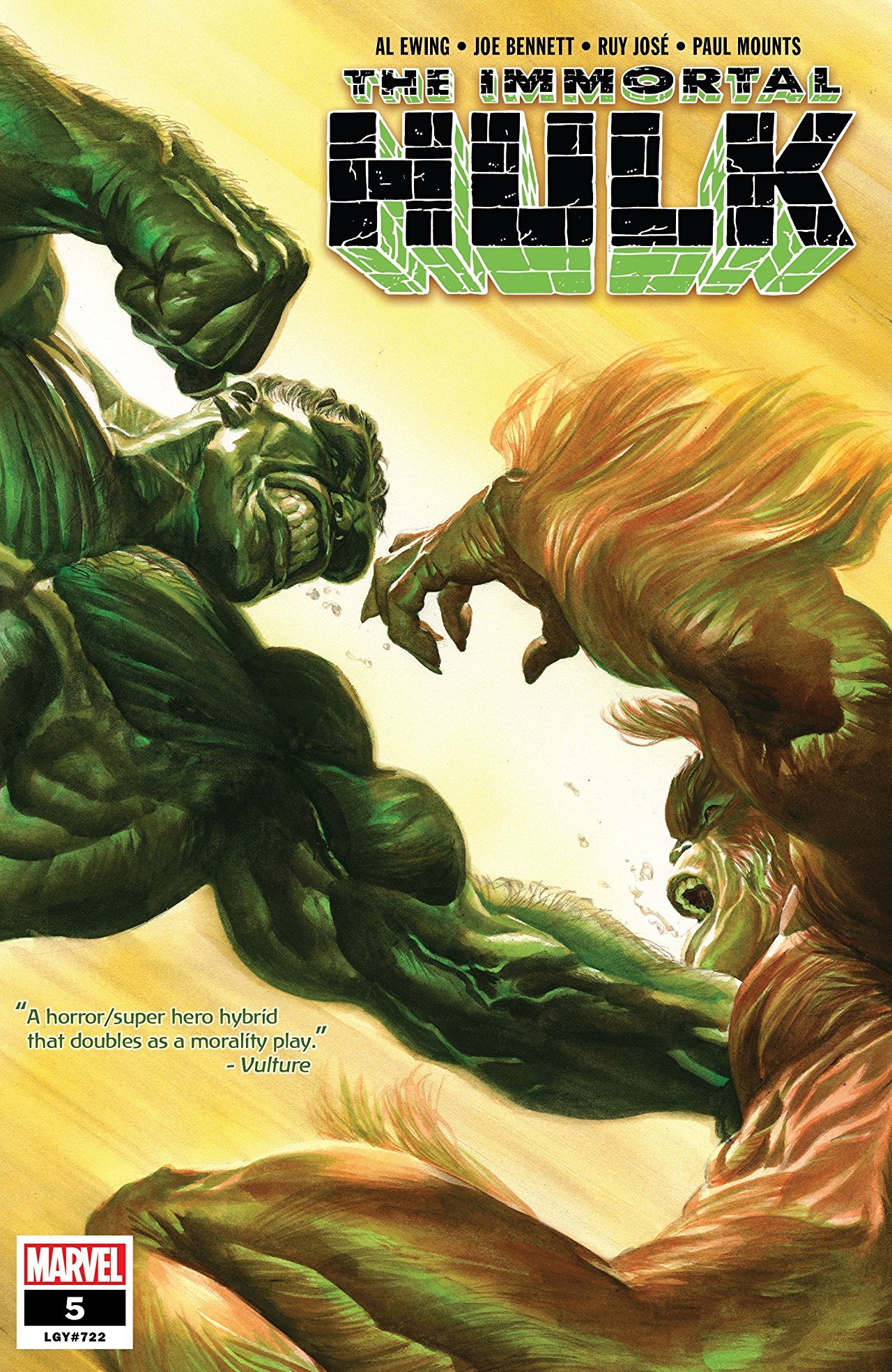 Big reveals, gammatastic brawls, and a status quo changing ending make for our most action-packed issue of The Immortal Hulk. While all the other issues of the series have had the Hulk playing a brutal version of judge and jury against a variety of people who deserved it, there is nothing quite like a good old-fashioned brawl between two gamma-powered monsters. 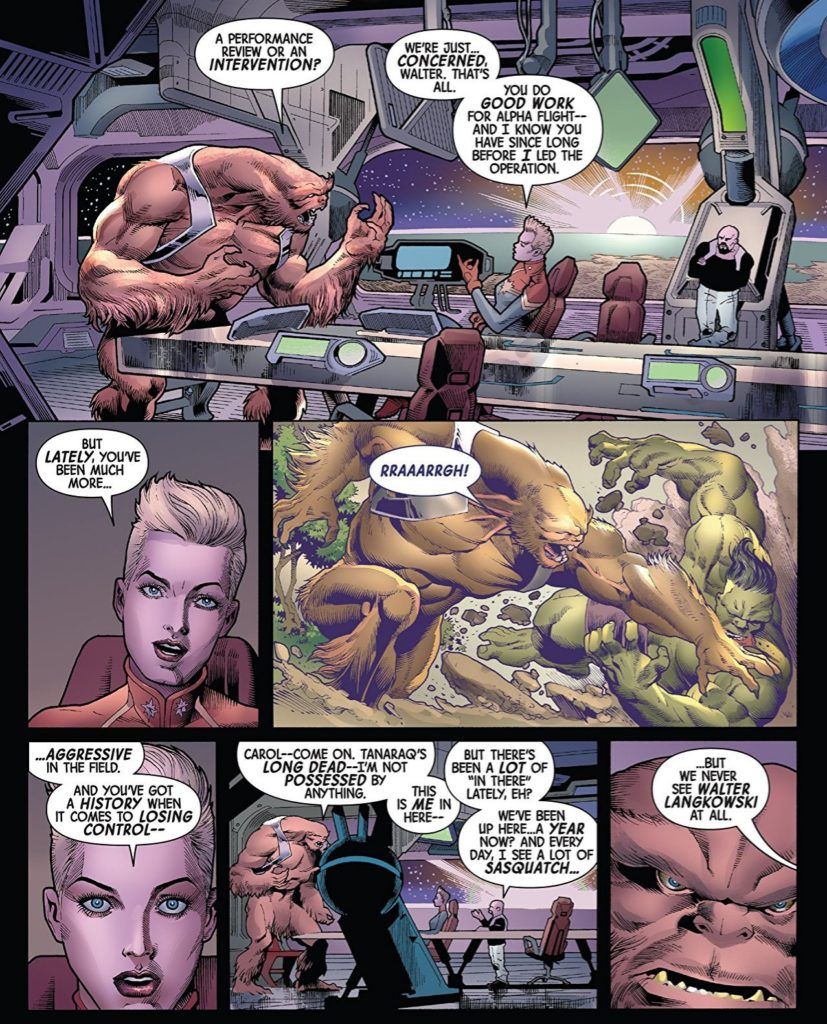 What I love about the Hulk and his stories is how much it delves into the realm of the subconscious and the idea that we hide who we really are on the inside. Ewing gives us a lot of that during the fight between the Hulk and Sasquatch. Sasquatch has been an interesting addition to his series. We learned last week that Walter became obsessed with being like Bruce, and rather enjoys the power trip of being Sasquatch. We see more of that and the way the issue ends I’m curious to see what becomes of Walter later on.

The mystery of the green door and what is going on with these gamma-powered individuals is finally brought to light. While the Hulk’s personality has been more direct and haunting as of late, his reaction to who is behind these gamma-related incidents is enlightening. We tend to think of the Hulk and Banner as two separate people, what with the personality shifts and everything, but this issue reminds us that on some level the Hulk is just another part of Bruce. 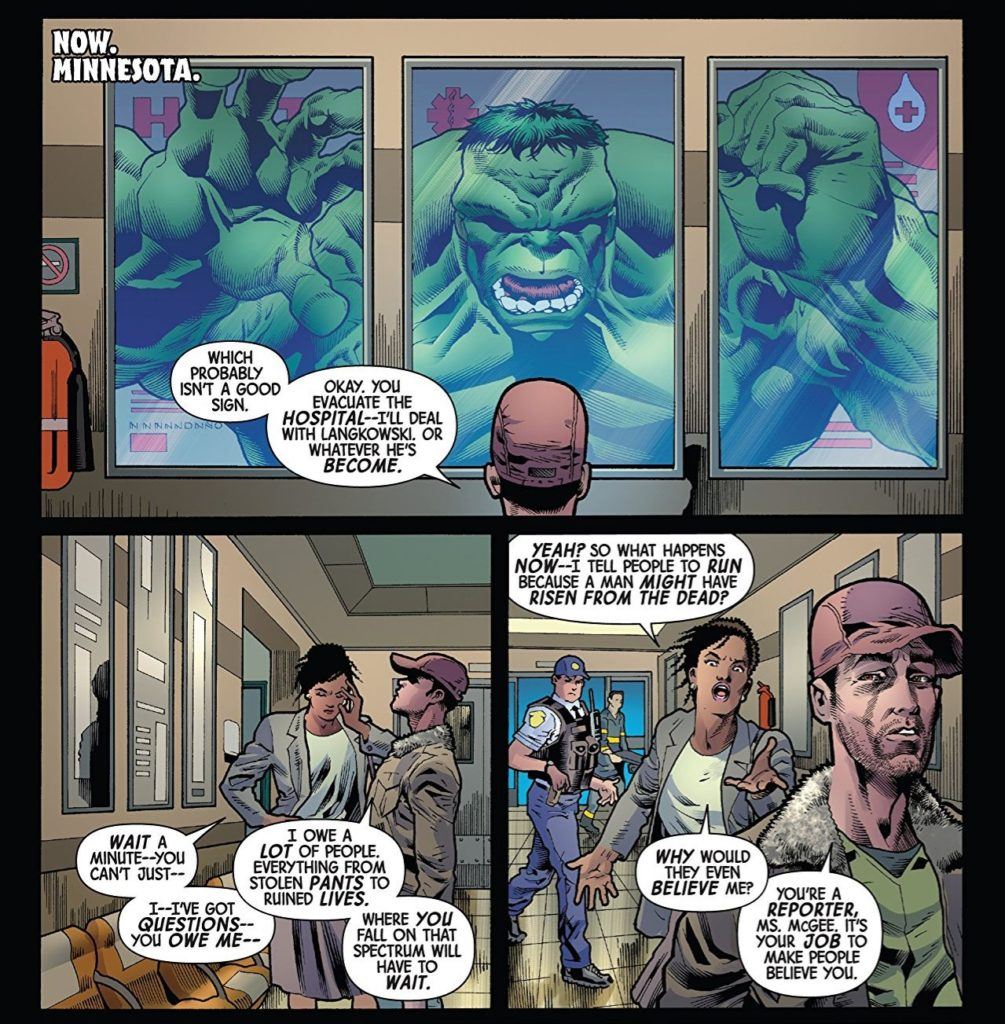 For Banner and the Hulk, the situation has become personal, and the villain behind everything has already proven more haunting than the Hulk because of it. If anything, it shows that while the Hulk might be immortal, he’s not invincible. Meanwhile, Mcgee finally reveals why she has been chasing the Hulk and that can lead to nowhere good. Another great issue of The Immortal Hulk proves that Ewing and Bennet have found success in trying something different. As the story moves forward I can’t wait to see how the Hulk deals with a situation he can’t punch himself out of.