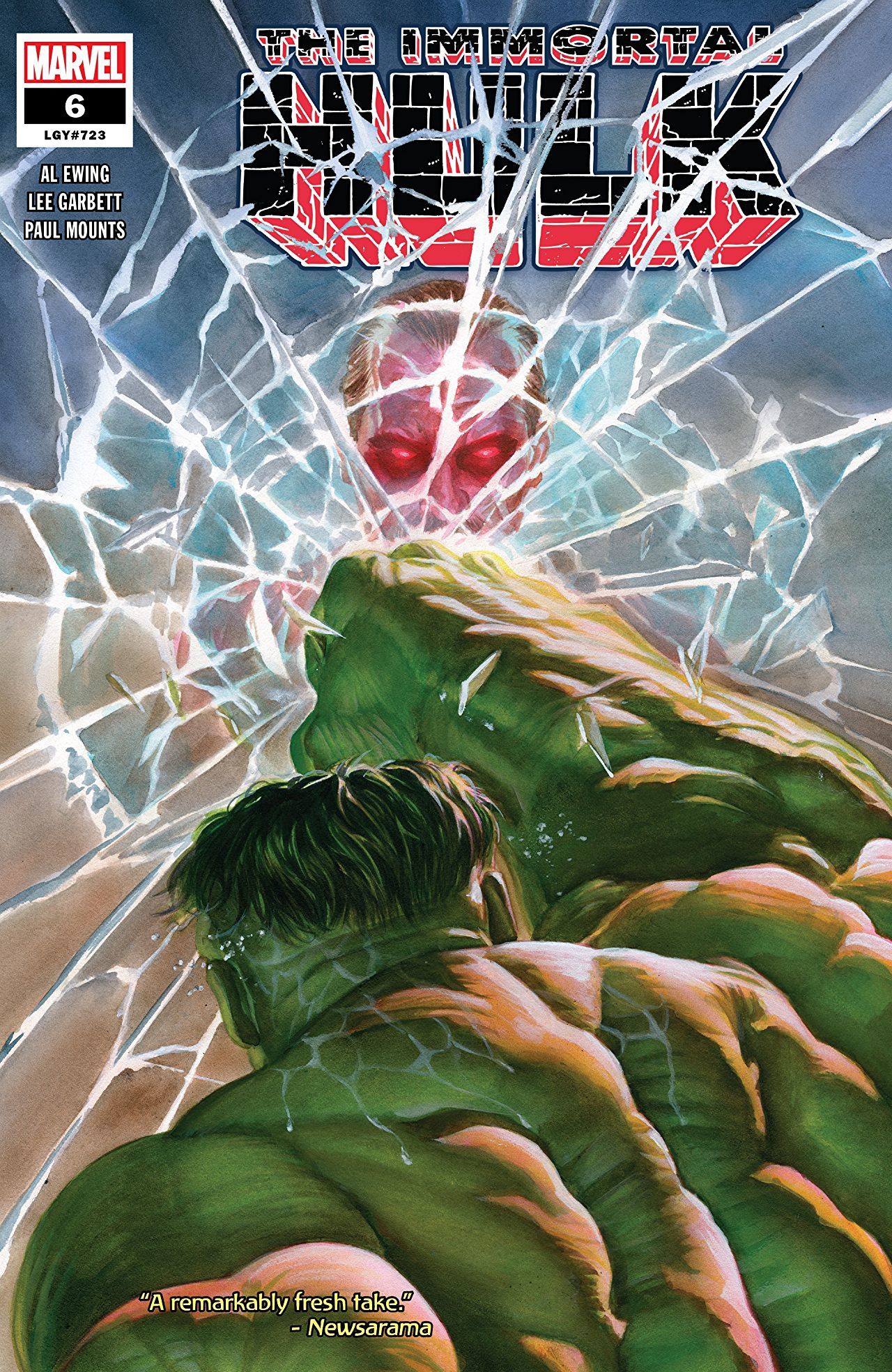 The life of Robert Bruce Banner must suck. I mean, the guy can’t seem to catch a break. Always on the run, dealing with the constant changes of the Hulk, DYING!!! Even the moments where it seems like he has a chance to breathe are filled with tension. Bruce Banner has it bad and the way things are going, it’s only going to get worst.

After the all-out brawl with the Sasquatch, Bruce has elected to lock the Hulk up for a bit. Here, Ewing explores more of how Bruce and the Hulk’s new relationship works. Once again, the smarter Hulk is my favorite part of this new series. While we don’t really get to see much of him, Bruce provides some more insight into just why the Hulk is much smarter than he is. 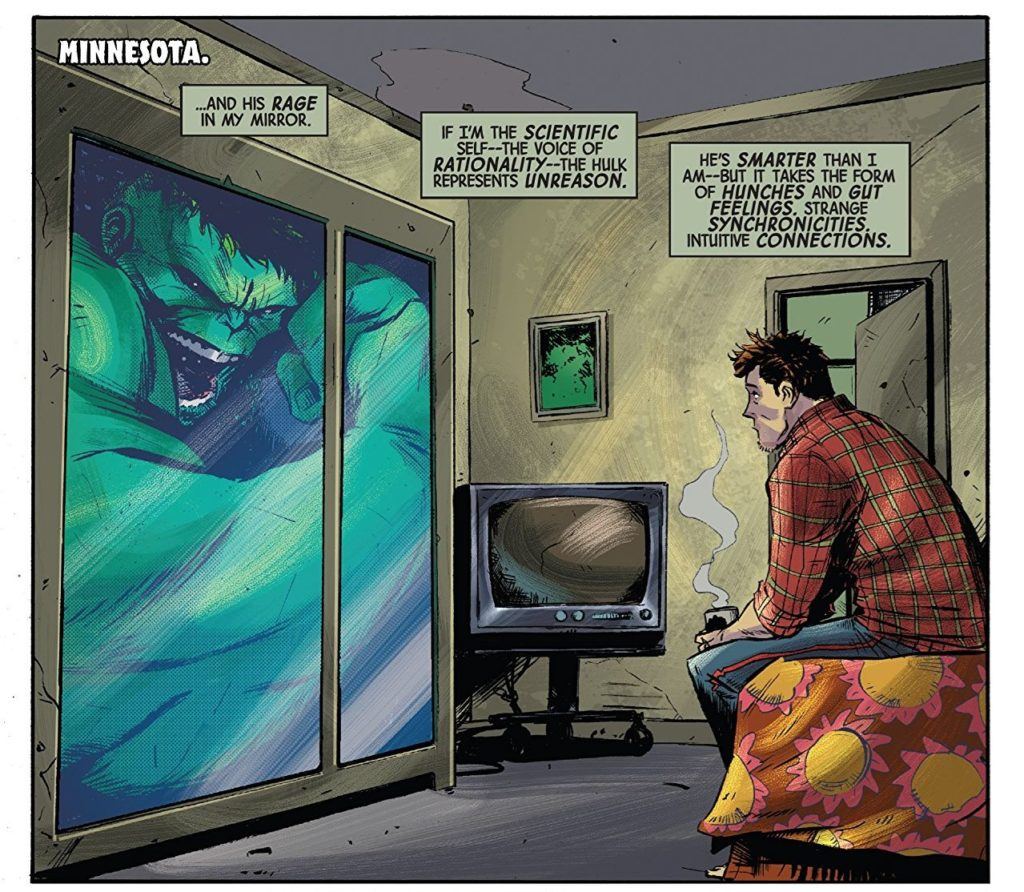 What’s also very interesting is that the two don’t exactly have direct communication with one another. So, for Bruce, the return of his father as the one infecting the gamma monsters is still a mystery to him. We don’t learn much about his father’s return other than what we saw at the end of the last issue. His father is now somehow attached to the Hulk, and I can’t wait to see the ramifications of that.

Unfortunately for the Bruce, his fight with the possessed Sasquatch has attracted some unwanted attention. It’s here we get the introduction of a brand new villain who has ties to a certain General known for hunting the Hulk. His addition is a welcomed one. I like that Ewing is starting to explore how the rest of the world is reacting to the Hulk’s re-emergence. It also helps that this villain introduction shows what lengths he is willing to go to capture the Hulk. 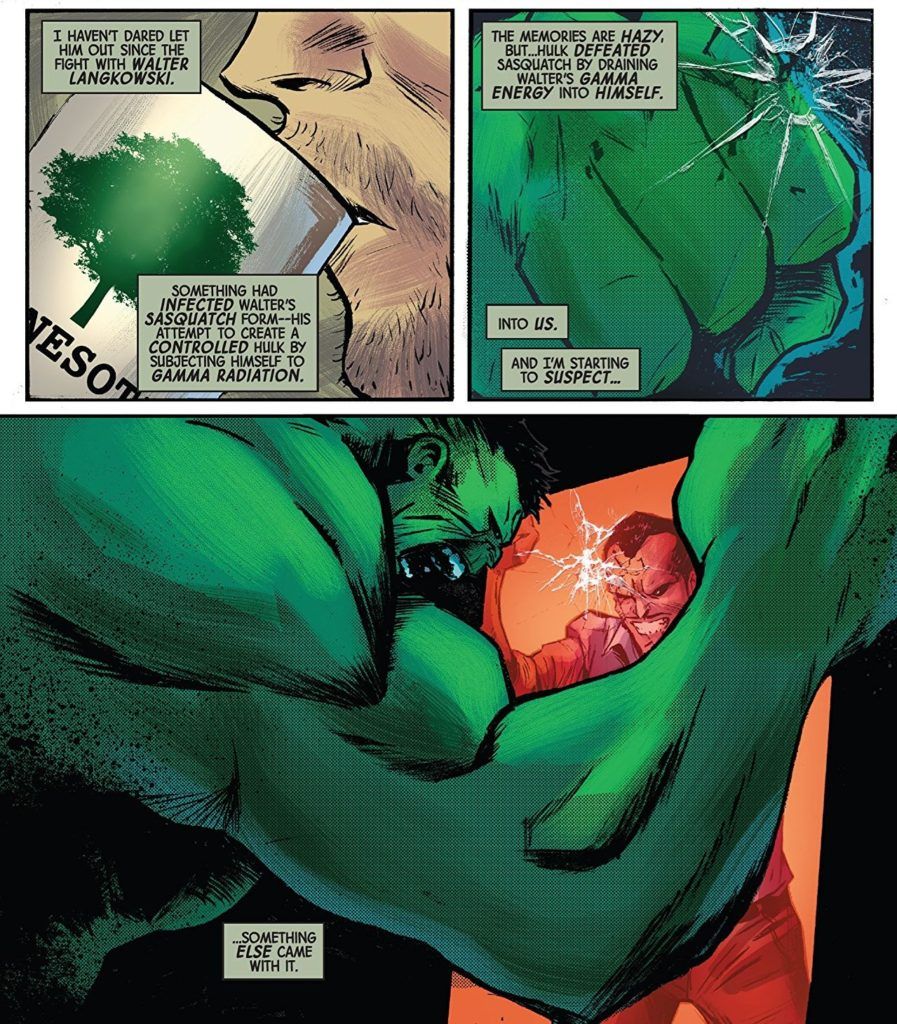 Another great issue of The Immortal Hulk. It also helps that Lee Garbett graces us as a guest artist for this issue. With the great work he does on Skyward, I wish he would stick around for a bit. He’s isn’t really given too much to do and seeing him draw the Hulk in action would be a treat. However, it seems he is only here for this issue and having Joe Bennett back isn’t too bad, especially with what’s coming.