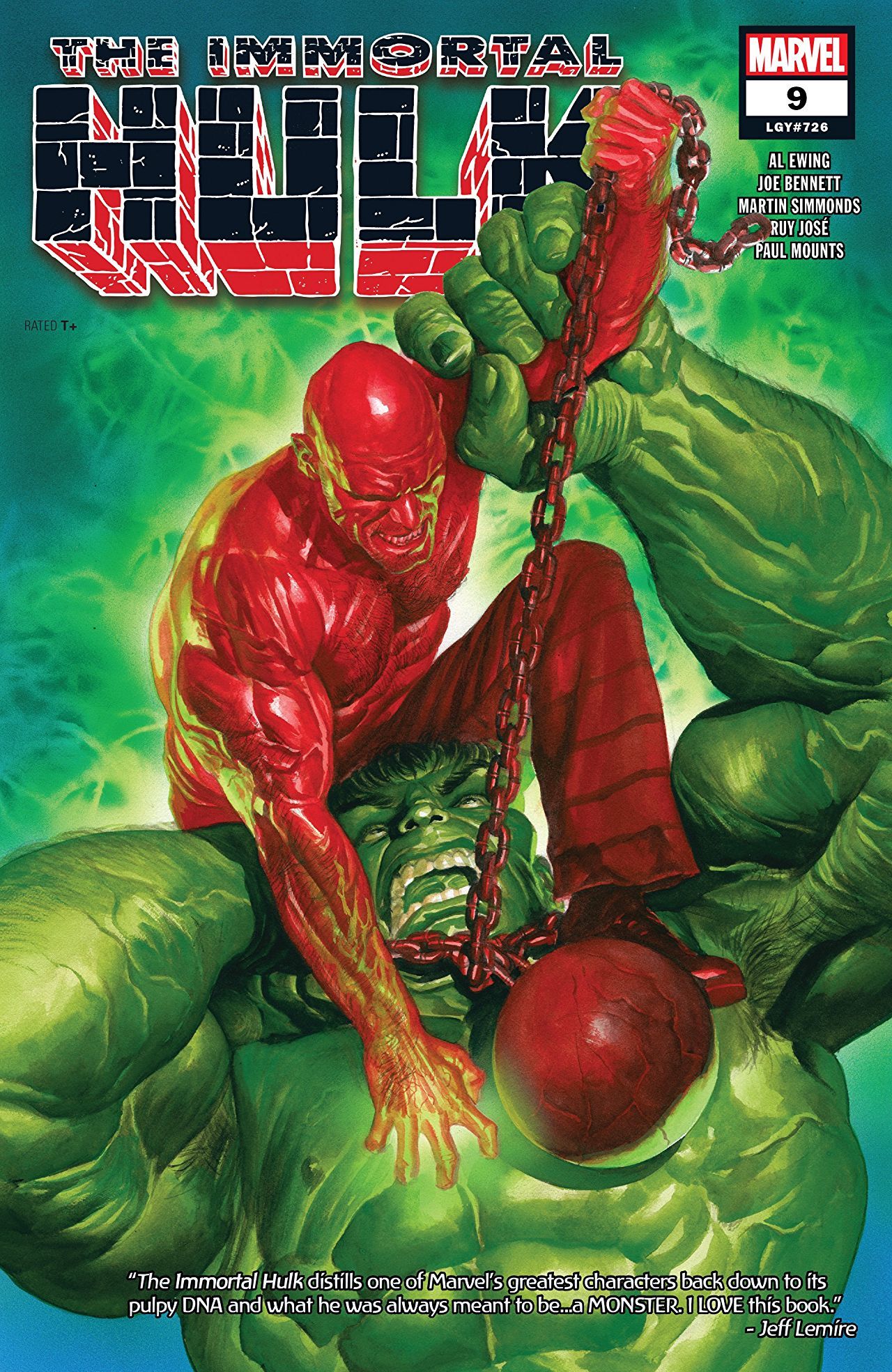 I’ll give it to the Shadow Base, they have a lot of cojones. You’d think after the Hulk used them and Frankensteined himself back together in the most grotesque of ways that they would back off just a little bit. However, Genera Fortean seems to be just as tenacious as General Ross was during the Hulk’s early days.

After his escape, the Hulk tries to figure out what the hell is going on with the ghost of Banner’s father, which is something I think we are all curious about. Not much is answered on that front, just more questions. I hope it gets cleared up soon because it’s becoming more confusing than intriguing at this point. 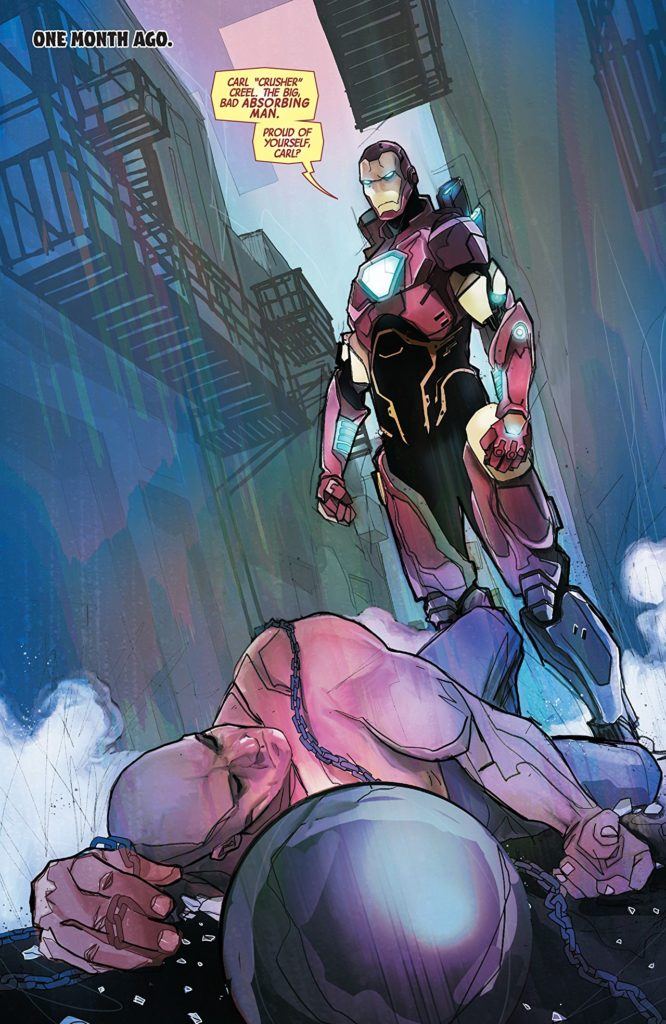 However, not long after the Hulk’s escape, we learn that Fortean has had Carl “Crusher” Creel, aka the Absorbing Man, hold up in Shadow Base for weeks, experimenting in him as a secret weapon against the Hulk. I love what Ewing does with the Absorbing Man in this issue. He is really good at digging into other characters’ backstories and humanizing them.

There have been a few stories that have made Creel a sympathetic character in the past. A man who loves his wife and has tried to go the straight and narrow but can’t seem to escape the allure of his criminal past. Ewing feeds off of those story beats and gives us an Absorbing Man that you understand. It really kind of sucks that Fortean is basically taking advantage of the part of Creel that wants to do some good. 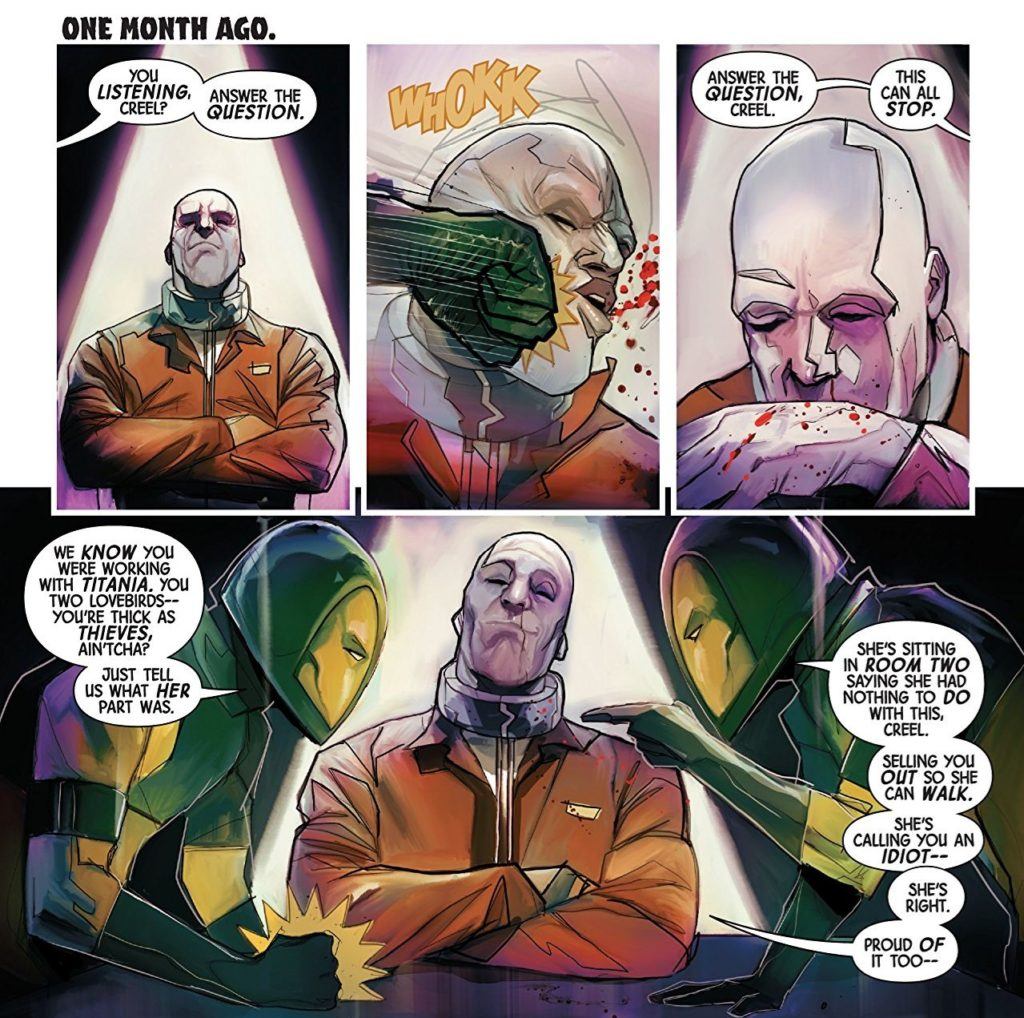 One of the things that I appreciate about this Ewing’s take on the Hulk is how vulnerable yet dangerous he is. While the Hulk seems more susceptible to damage and harm, it’s the fact that no matter much he takes, he will always come back. Between Bennett’s monstrous take on the Hulk and Simmons action-packed scenes featuring the Absorbing Man’s new powers, the fight between the two is a great read.

Another issue in the books for The Immortal Hulk proves it’s a must-read. While some of the plot threads need some work, Ewing’s reinvention of the character is fascinating. Also, I’m convinced that Ewing and Bennett are trying to outdo themselves with how to make the ending of each issue more grotesque than the last.

8.5 Machinist Shriveled Up Arms out of 10