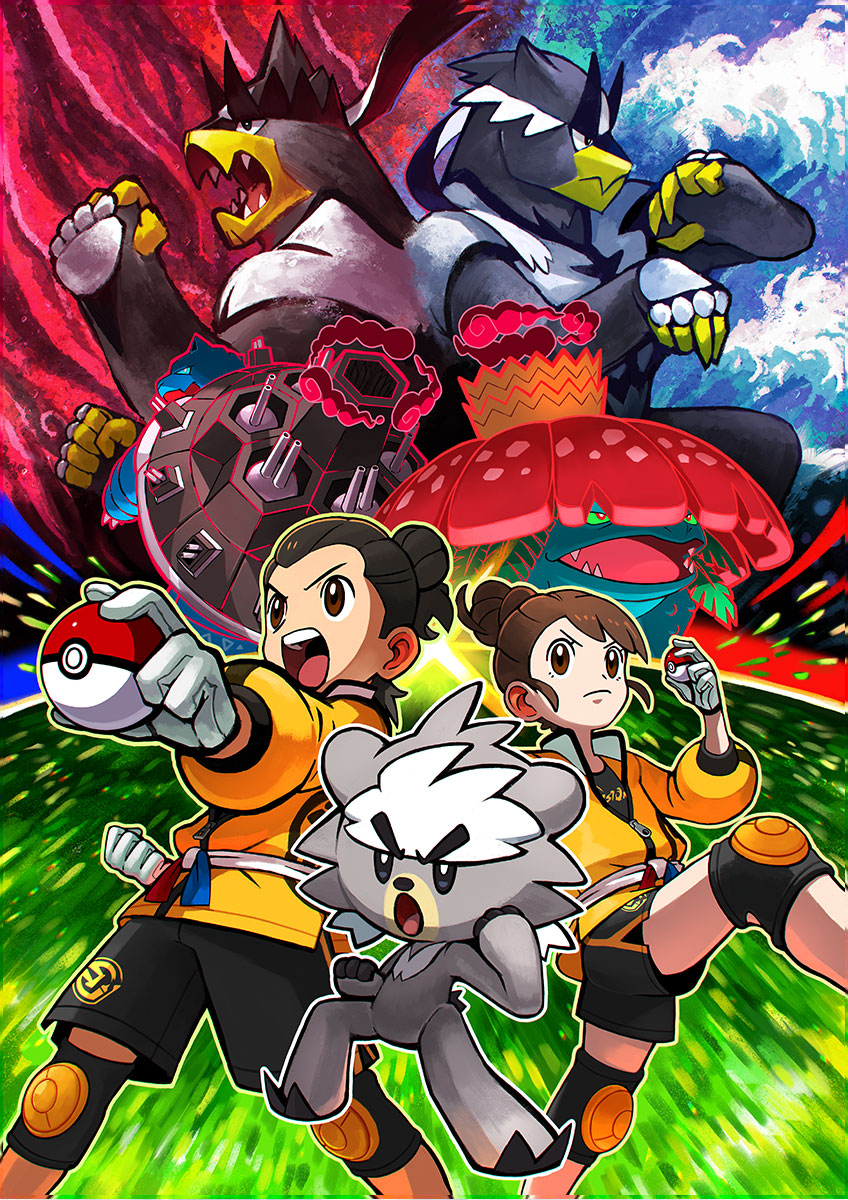 I, like many 90’s children, have adored the Pokémon franchise since its inception. I distinctively remember the trials of raising a Venosaur in Blue and navigating twisted cavern systems to throw a Master Ball at Mewtwo and then just destroy literally everything because Psychic types were legitimately overpowered back in first gen. I remember my adventures in Pokémon Silver and Ruby, I remember taking a break because I didn’t have the appropriate consoles for the next couple generations. I remember breaking down and getting a 3DS so I could play Pokémon Y, only to lose interest right before the 8th gym because I couldn’t be bothered to do another whirlpool puzzle.

Adventures in the Isle of Armor, pt. 1 #PokemonSwordShield #NintendoSwitch pic.twitter.com/up19HuJJHY

Pokémon Sword was the first mainline title game that I had finished since Ruby, and as alluded to when I interviewed with the BNP Galarian League, there was a good reason for that. The game felt like what the Pokémon world should have always felt like. Gym battles in giant stadiums where the crowds are cheering you on. The Wild Area where Pokémon of all levels and types are just wandering around in the open. You are unconstrained by an invisible grid are freely able to wander and none of your Pokemon are subject to just being on your team because they have some particular move you need for a particular puzzle. Pokémon Sword and Shield was a culmination of a lot of the successes of the previous generations, but truly the thing that kept me playing a few more hours after the end was the Wild Area.

Now, for me personally, I’m not one to fill out National Dexes. I don’t really care for IVs and EVs. I tend to get emotionally attached to a couple Pokémon, try to make sure I have decent type coverage, and then go from there. Pokémon to me, is at its best when it’s an RPG with clear goals and story beats. Which is why I was excited when they announced this DLC model. I promptly devoured it in Day 1 and now that I have seen the the end card flash “THE END”, I end… satiated. That’s probably the best word.

Assuming you bought the DLC (and please double check that you bought the correct DLC), when you login you’ll be greeted with a notification that you know have an Armor Pass. The game promptly tells you exactly where you need to go to start the first piece of “endgame” Pokémon content. After some travel, you find yourself on the Isle of Armor and meet your latest rival (Klara in Sword, Avery in Shield).

Adventures in the Isle of Armor, pt. 2 #PokemonSwordShield #NintendoSwitch pic.twitter.com/zAyGjVFmJC

The Isle of Armor is essentially another Wild Area, although the biomes are slightly different. In additional to your standard forests and wetlands, Isle of Armor also has mountains, caves, and most notably: open seas. Hell, the first thing I did was look off into the distance and see the giant profile of a Wailord. I wondered, “Could I reach that.” The answer dear readers is yes, I could and that behemoth was level 80.

Which brings us to the next key point: this is endgame-ish content. The lowest level of Pokémon on the Isle seems to be 60 and the trainers tend to fall under the 60-70 bracket. Not too difficult. Although on more than one occasion, I got careless with my typing and was promptly punished for it.

I was able to beat the story in about three hours give or take, playing at a very aggressive rate and making use of bunch of experience candies that I just had laying around. It’s about as basic a as story you expect. Case of mistaken identity, you meet a rival, you do tasks, you complete tasks, there’s a couple more involved tasks after that and then you’re pretty much left to your own devices. Which is fine. The story has always been a means to an end, but Isle of Armor did bring me back in with what it brought to the table.

Adventures in the Isle of Armor, pt. 3 #PokemonSwordShield #NintendoSwitch pic.twitter.com/6C5YgC32e8

New addition, Kubfu, is a great inclusion to the Pokémon roster and bonding with the martial arts bear and guiding him on his path was great. The addition of Max Mushrooms Max Soup letting you unlock the Gigantamax variants of Pokémons is much appreciated. Previously, you could only get them in frustratingly difficult Raid Battles (to say nothing of the worthless AIs if you couldn’t find folks online). I fully embraced taking Venosaur back into the squad, and the Isle of Armor had a bunch of familiar species and ways to get some non-Galarian variants which was a nice touch. Plus, as is tradition with endgame content, there were resource sinks galore that took all of my stockpiled Watts in a couple blinks.

Adventures in the Isle of Armor, pt. 4 #PokemonSwordShield #NintendoSwitch pic.twitter.com/xC3lLXzV7o

As of writing, I’ve managed to reassemble a new party, get enough mushrooms to get my Interleon to be a tall snipy boi, and feel like I’ve probably gotten my money’s worth out of the DLC. I’ll probably login in every so often and see if I can’t find more Max Mushrooms, but for whatever reason, I’ve never felt compelled to completion-ism with Pokémon. I don’t want to find the 150 Alohan Diglets that are scattered around the island (although, of course some British analog would bring an invasive species from another island nation to an isolated ecosystem and promptly lose them). Nor do I feel the need to complete the Armor Dex. I got my Wushu Bear and he can follow me in the Wild Area, and that’s enough for now.

So I really like the franchise, I really like the new bear, and I’m viewing this as good payout for my $15 that presumably went into this half of the season pass. Does Isle of Armor justify getting the season pass right now for $30? Questionable. Holistically, this is a good deal, but how much time you get out of the game is gonna vary based on how you play. Maybe this will last you until Winter. Maybe you’ll also be done in a day and be like me waiting for the Frozen Tundra. For me, I think it was sound investment and I look forward to the occasional skirmish before I return in full force later this year.