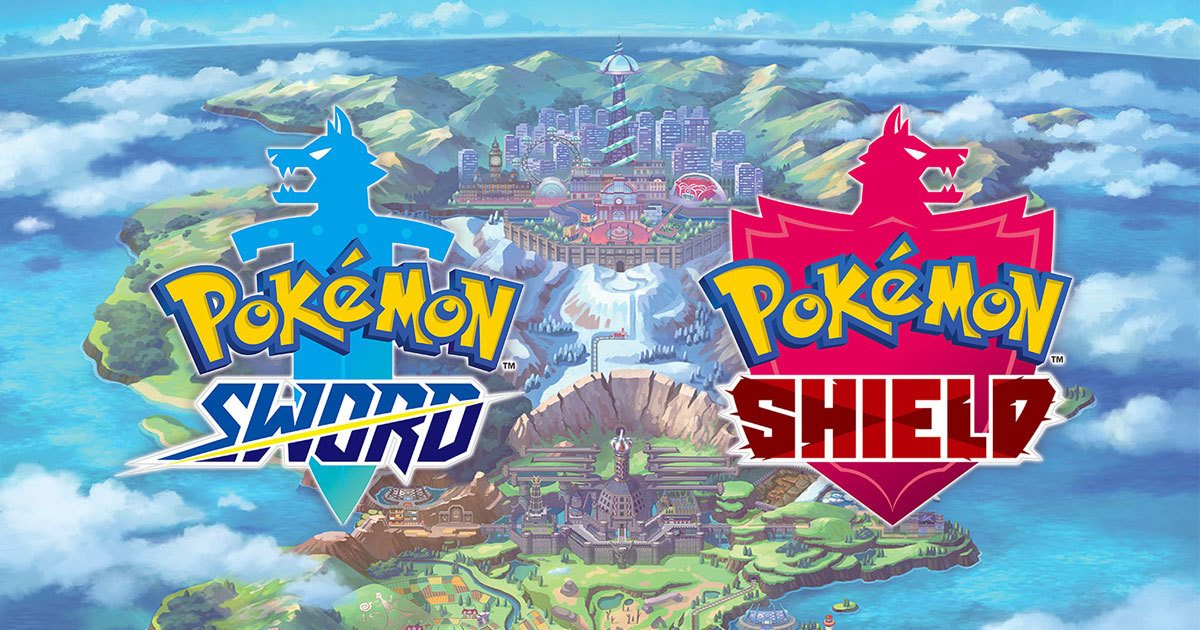 On November 15th, many fans set foot in the Galar region with new dreams about becoming the very best like no one ever was. Amidst controversial hashtags #Dexit and #GameFreakLied – which admittedly are less controversial and more the general gaming audience having some entitlement issues – competing desires of having new things alongside nostalgic, and a complete lack of understanding when it comes to game developments, Pokemon Sword and Shield still managed to offer something special to those fans willing to start the journey. 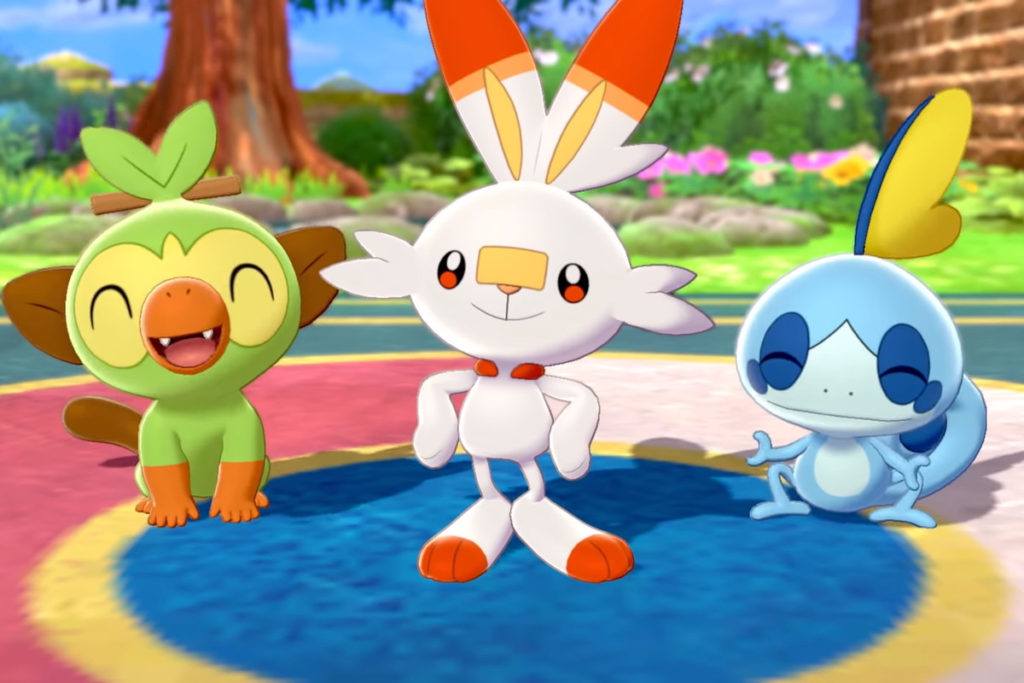 Between the Wild Area, new Pokémon, camping, cooking, and other quality of life changes, it’s actually hard not to love Pokémon Sword and Shield. But rather than just talk about the game, we here at the BNP Galarian League wanted to give y’all insight into how we’ve been approaching the latest entry in the Pokémon RPG saga.

It is our honor to present the BNP Galarian League. 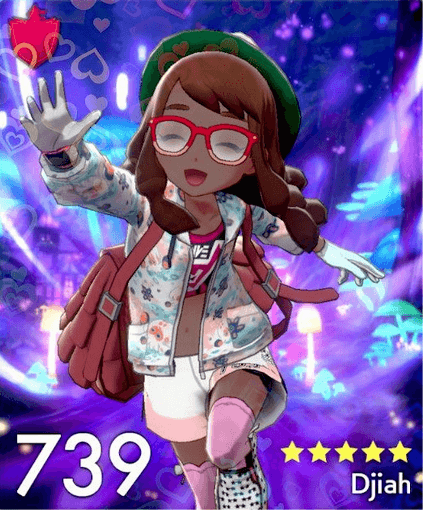 I just finished the main storyline, and honestly, this is one of my favorite entries to the Pokemon universe. I stepped into the Galar region with my Scorbunny ready to take on the world. I did not know how quickly I would get attached to my Scorbunny (now Cinderace who, might I say, is a complete hooligan). I genuinely felt like I was on an adventure once I stepped into the Wild Area and honestly that’s the reason why it took me so long to finish. I camped out in the Wild Area so much I almost maxed my Pokemon beyond their listening level in the first five gyms. I had to watch out before my Cinderace ended up like Ash’s Charizard. (I made too much curry to be disrespected like that). 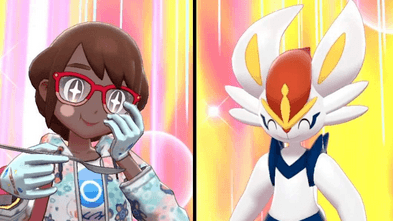 In previous versions, we had to depend on battles, exp. share, and the Daycare gods to help you level up on time. This feels more authentic to the Pokemon I grew up watching. Running into Pokemon that look too powerful to attack, different climates and weather disasters, various berries found in different regions: these variations made me tune in more. I found myself delving in for extra hours, training and dining my Pokemon. Before I knew it, they were one hit killers. With that being said, that kind of “fun ease” can turn out to be dangerous. Take advantage of the portable box, and the fact you no longer need exp. share. If you see your Pokemon levels getting too high, switch them out and put weaker ones in your party. You will be able to have a more leveled out team to pull from after the gym challenges, you’ll thank me during end game.

One of my favorite parts about this game, is seeing the poké-violence. No, not the battles that the whole city gathers to see in a huge stadium, but the intimate poké-violence that your pokèmon have during camp when they don’t like each other. There’s videos all over, and it is hilarious. From seeing tweets about Cinderace kicking Togepi in the face, to seeing my Rapidash trying to rip through my Bellossom with its unicorn horns: it sounds terrifying but it’s a great added touch. One minute you’re throwing a ball and playing with your Shiinotic, next minute you’re prepping the curry pot, and your Beartic is trying to claw their best buddy in the face. 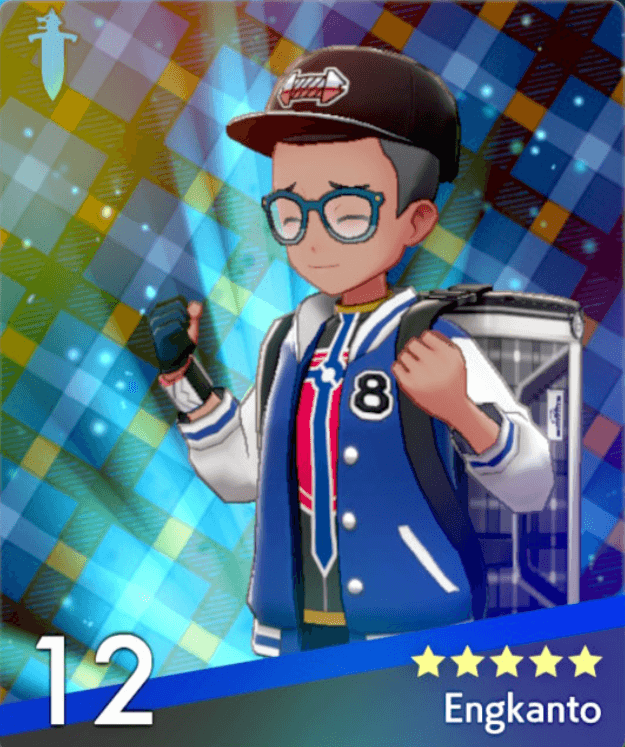 You’re talking to the World’s Most Recent Galar Region Pokémon Champion. By that I mean I just “beat” Leon and did the miniature epilogue of the Sword Campaign after about 38 hours, many of which were doing the rounds in the Wild Area, South to North and North to South. This was my first mainline Pokemon game since X, and I petered out on that one right before the 8th gym. This was the first game I’ve finished since Ruby, and I’m glad that I did because it’s been one of the best handheld gaming experiences I’ve had in a long while.

I was excited for this game ever since I saw the sad, introverted water lizard that has since become one of my best friends. Sobble is probably the #1 reason I picked up this game in the first place. The first time I walked out to the Wild Area, I knew I made the right decision. Not to get too Ravenclaw, but the sheer amount of biodiversity was a beautiful sight to behold. No longer was I restrained to one type of bird, bugs, and large rodents (no offense to any of them). Nah, before I got to the first gym, I managed to find a whole range of Pokémon to help tackle the Gym Challenge. 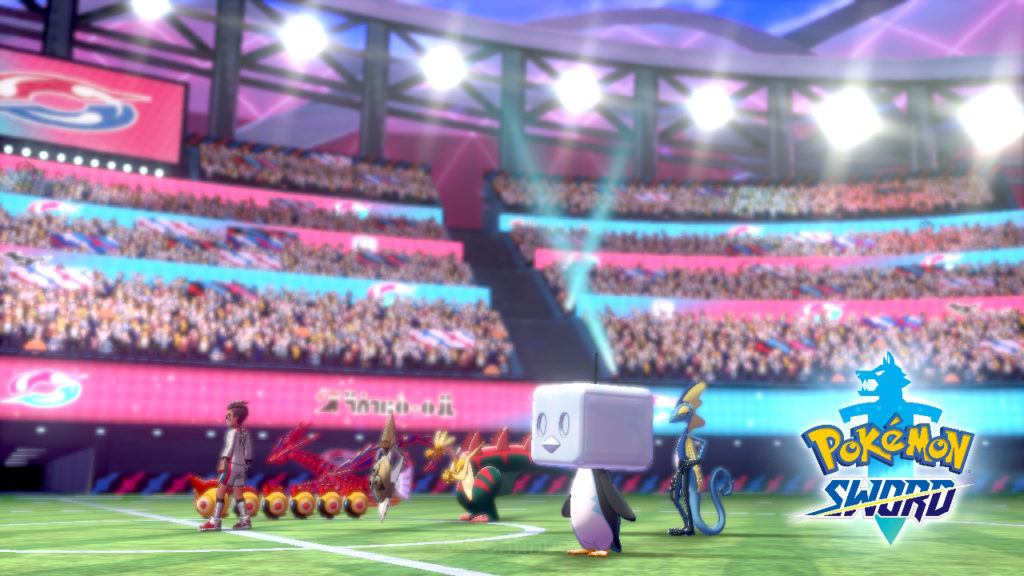 Throughout the journey, I appreciated the variety of experiences when it came to the Gym. While they were the literal definition of a gimmick, it was fun. Galar epitomized the best parts of the Pokémon experience by cleverly throttling progress (preventing access to certain areas in the Wild Area before getting the Rotom floaters, the Gym badges gating the levels of capture and control).

This was also the first time where I had solid networks of fellow players to interact with. This was the first time I had a friend restart their game several times over so we both have all of the starters as we journey forward. This was the first time I was able to put out solicitations for version specific Pokémon and manage to assemble a “perfect” team to take out the champ (although, lord, I’m bad at remembering typings). My Slack and Discords were a flurry of messages and collaborations and in the days/weeks/months to come, I’m excited to Max Raid battle and guide folks through the experience.

For new players, play at the pace that makes sense to you. There’s no real advantage to rushing through the Gym Challenge, and there’s no real advantage to power leveling to steam roll later. The Pokémon games aren’t designed to be particularly difficult, which means you can set your own tempo and you should. I spent a dozen hours just biking in the Wild Area looking for berries and rare world spawns after getting my first three badges and then spent another dozen hours exploring regions with Surf before making quick work. Faster than my friends, and now I have a different endgame of raising and breeding Pokemon and figuring out where to use all of the wishing pieces I’ve accumulated. Do what makes you happy. You’re able to, that’s the thing. 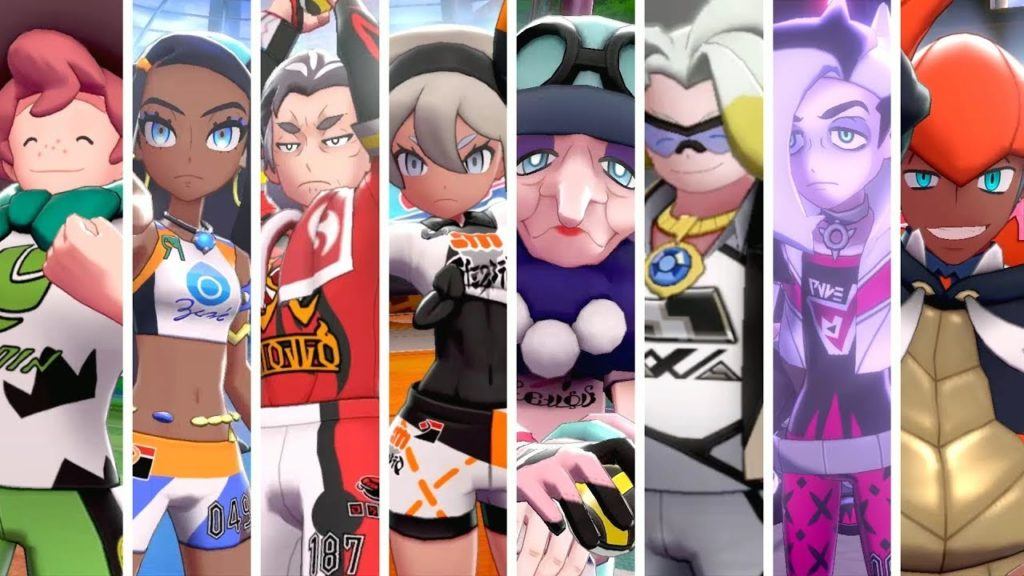 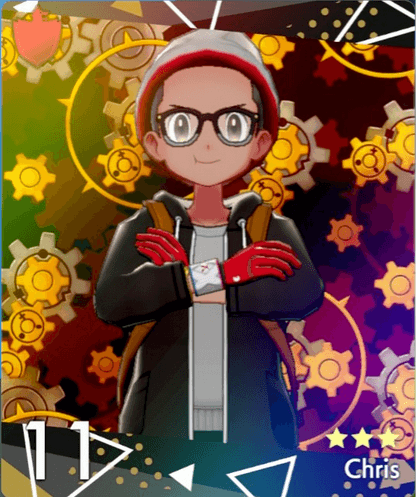 I’m going through the game at my own pace, which means very slowly. So, I’m only at my fifth badge. Picking my starter for this generation was definitely one of the more difficult decisions. I mean, their first evolutions are all so adorable. Look at them … they’re the best Digimon that never were. Thankfully, the evolution reveals made choosing Grookey easier. To be honest, I’m not entirely fond of the final evolved forms of the starters but I’m quite like my drum monkey, Rillaboom. As more of a collector rather than a trainer, exploring the Wild Area is definitely my favorite part of this gen. There is just something satisfying about exploring an open area so freely in a Pokémon game, without the same restrictions as the rest of the game’s more linear pathways. Add in being able to see Pokémon in the tall grass, much like in Pokémon Let’s Go and you have a catcher’s dream. Unfortunately, with the game’s new catching restrictions, I don’t spend as much time in the Wild Area as I want to. 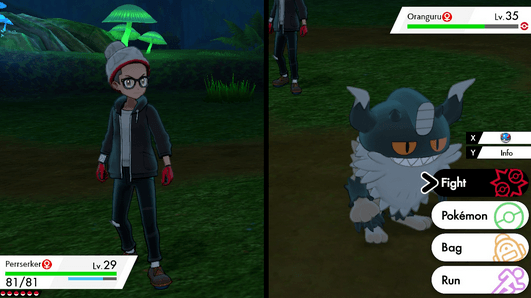 The Galar Region is fascinating, simply because of the fact that this is the first mainline game to hit a home console. It’s a Pokémon game that is very similar to its predecessors but much bigger and more open. The main story, Wild Area, Galar’s European influences and the exciting gym missions and battles keep everything feeling fresh. For anyone just starting out, my advice is to take your time. You might be pressed to blast your way through every gym battle, and race to the finish but there is a lot more to see, and you don’t even have to be halfway through the game to see it. Explore the Wild Area, breed some Pokemon, camp, play with your Pokemon, make some bomb ass curry, work on building a team with the right stats. There is literally so much content lurking underneath the main path. 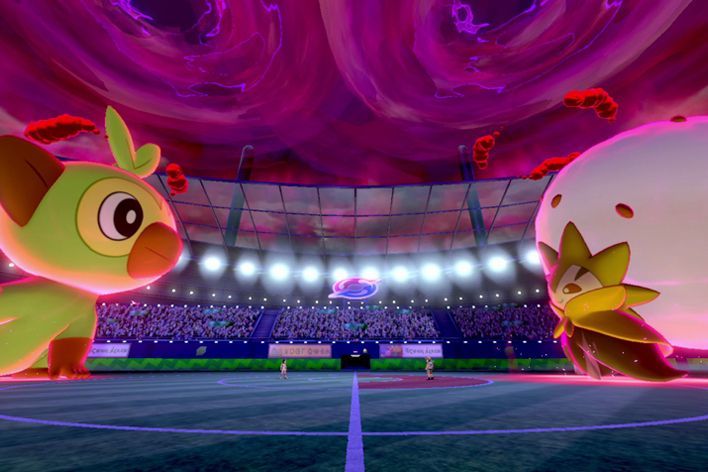 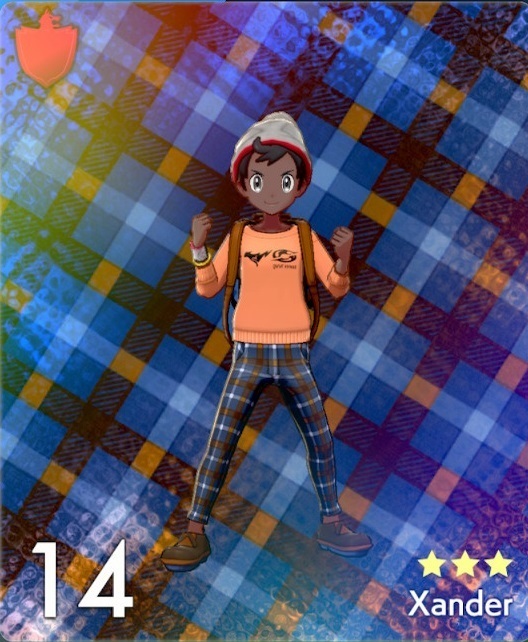 Card ID: 0000 0002 NHBG YK
Starter: Scorbunny
Favorite Pokémon: I’m going to have to go with Boltund, because my *actual* favorite Pokémon, a Blaziken I affectionately nicknamed Hot Wing, isn’t in the game.
Likes: Wild Area, Capturing Gen 1 Pokémon, Breeding a small herd of Eevees and Growlithes, Sending Pokémon off on jobs while I’m at work and can’t play
Dislikes: WTF they did to Meowth, paying any kind of attention to deep stats/natures

When it comes to my personal Pokémon strategy, I’ve always been very straightforward. I pick a fire starter to blow through everyone in my path, a strong water-type to balance out that starter, and a third Pokémon that reminds me of my dog — I’m very sentimental. After that, I rotate out some subs to help beat whichever gym I’m battling next, leave a spot or two for legendary types, and leave a spot open for whatever egg I’m carrying at the time.

With age, I’ve gotten a little better about stretching the game out. Instead of blowing through everyone with an OP Blaziken, I decided to commit to building out a stable party in Shield. As a result, I’ve managed to pace it out so that I’ve got five gym badges, a level 42 Cinderace — I swear I was considering Grookey…—, a level 39 Boltund and a level 37 Gyrados in my main three. Sure, there’s also a Thievul, Corviknight and Pangoro, but they’re mostly there benefiting from exp. share and keeping someone else’s seat warm if I’m being totally honest. 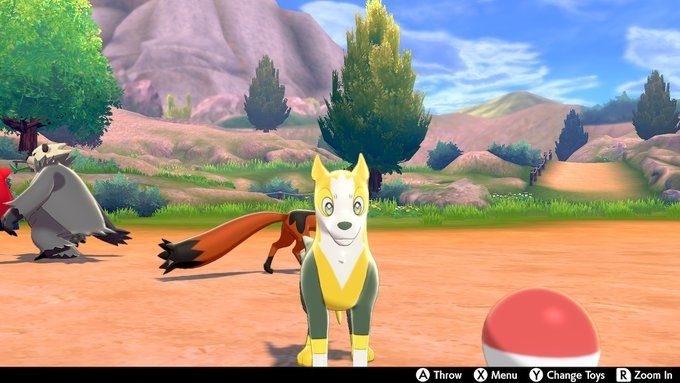 As far as other observations go, I can’t stand Hop. Mostly because he’s way too hyper for my liking. But I’ll take him over Bede any day under the sun! And I love the Wild Area so, so much. It could honestly be its own game, and I’d consider buying it.

Advice to new player: Block out a few hours to grind it out in the Wild Area. You’ll never spend as much time there as you think you will. Either by choice or because right when you’re getting ready to leave you’ll find yourself surrounded by Pokémon 15 levels higher than you who all want the smoke. It’s so addicting that I almost spent half a day one hitting Cubchoo after Cubchoo with double kicks and flame charges for the level-ups. 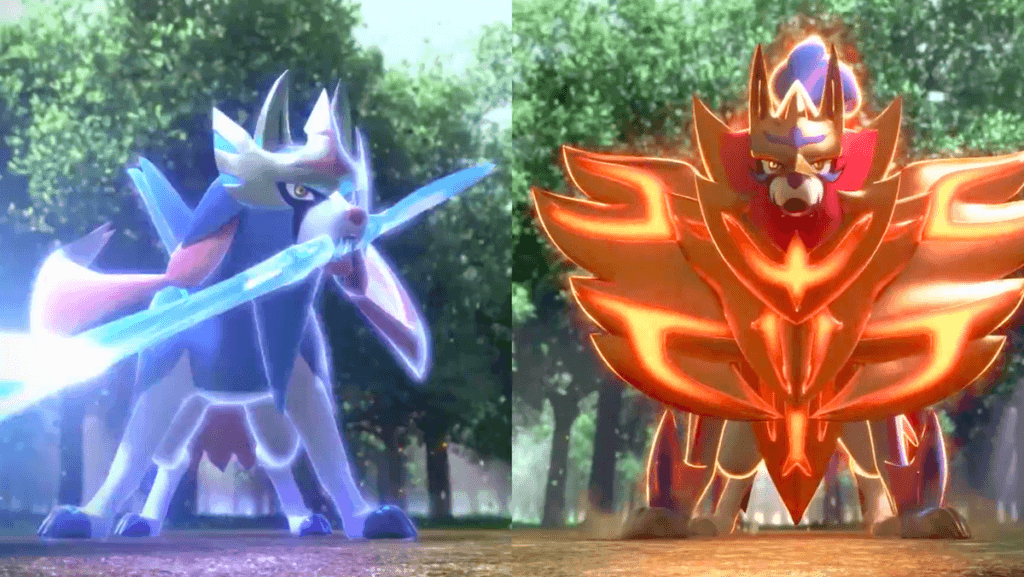