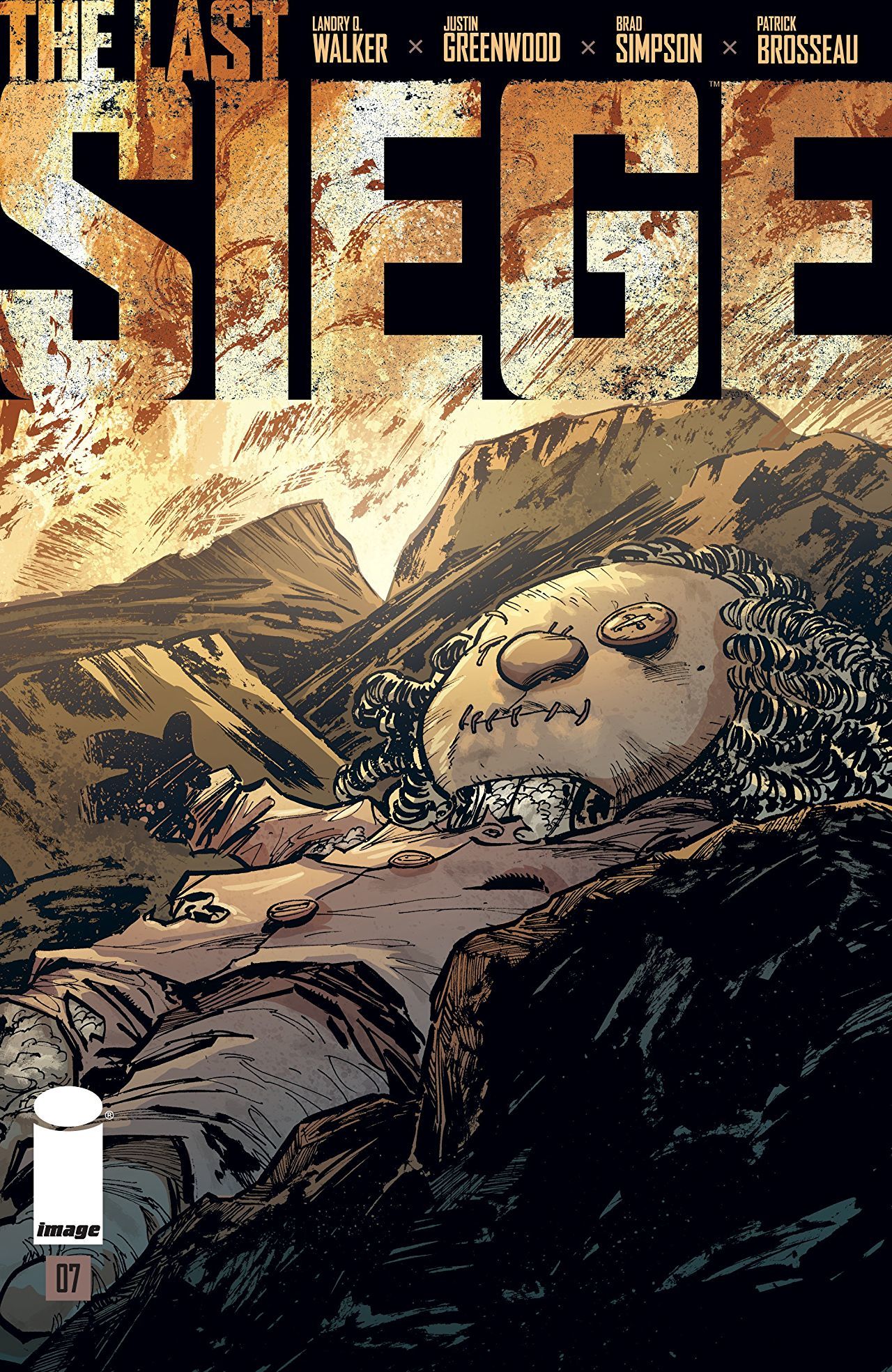 You gotta love when a book lets the artwork talk for it, and that’s exactly what we get in The Last Siege’s seventh issue. Justin Greenwood’s artwork showcasing this brutal, explosive battle between the Stranger and Ivan’s overwhelming army is just masterful. 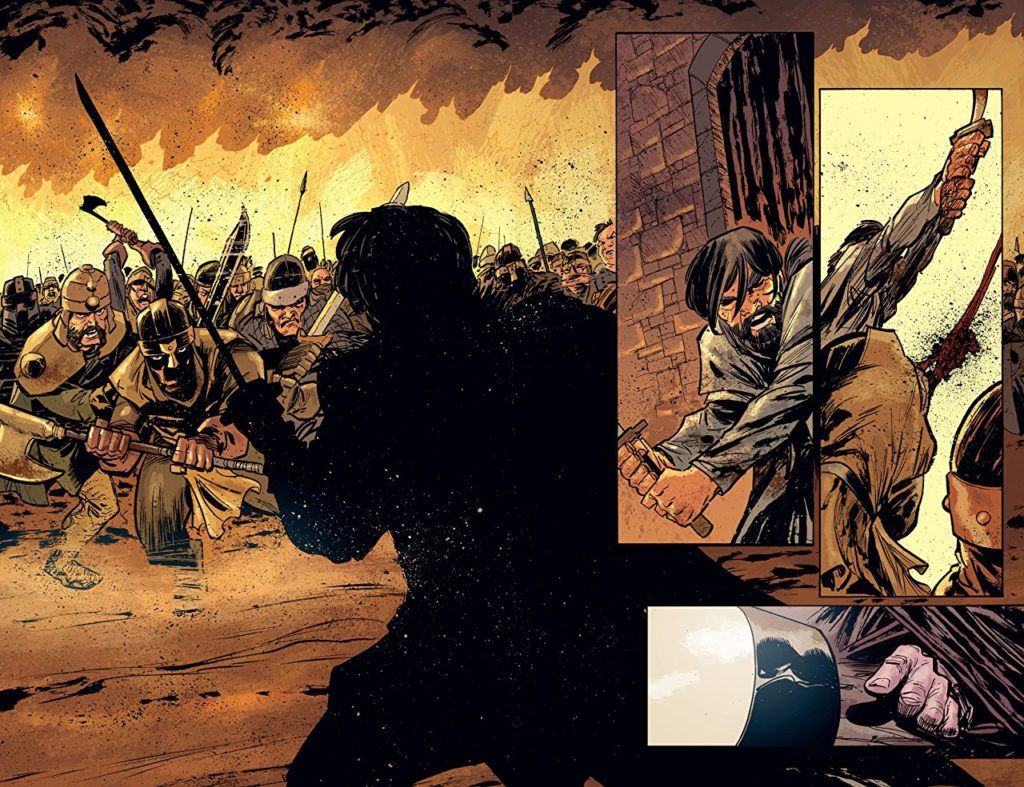 If you’ve read any of my previous reviews, I’ve been waiting for the Stranger to let that sword bang for the longest. I mean, what’s the point of having a samurai sword in a medieval setting if you’re not going to use it? So, there’s a certain amount of satisfaction in seeing him tear through several of Ivan’s soldiers as a rain of explosive arrows pours down of them.

Greenwood gives the reader a battle that is visceral in all the right ways, reminding us how brutal war can be. Between the Stranger disemboweling soldiers left and right to explosions leaving limbs flying and men scattered on the ground, there is plenty of carnage to take in. However, what I truly found fascinating about Greenwood’s artwork is how it paints the momentum of the battle. 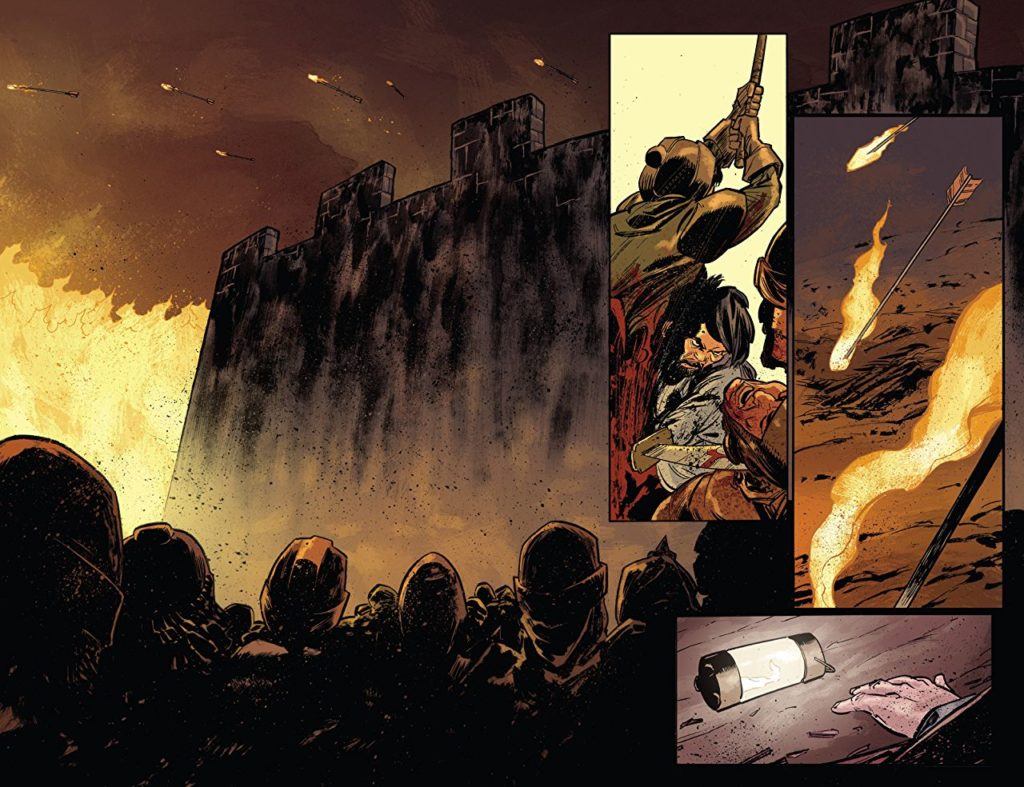 While the gunpowder has always seemed like a trump card for our protagonist and definitely felt like a game-changer during the last issue, you can see over the course of this issue how fast the tide of battle changes. Pay close attention and you’ll see how the mood changes from hopeful to bleak real quick. One moment it feels like the Stranger and Princess Cathryn have Ivan on the ropes, the next you are reminded that the two are fighting an almost impossible battle.

Walker and Greenwood definitely made the right decision to use visual-only storytelling for this issue. No amount of words would’ve painted a better picture of this climactic battle between the little kingdom that could and Ivan’s overwhelming force of power-hungry soldiers. With the end in sight, I can’t wait to see how Walker wraps this story up.

9 Broken Lanterns out of 10