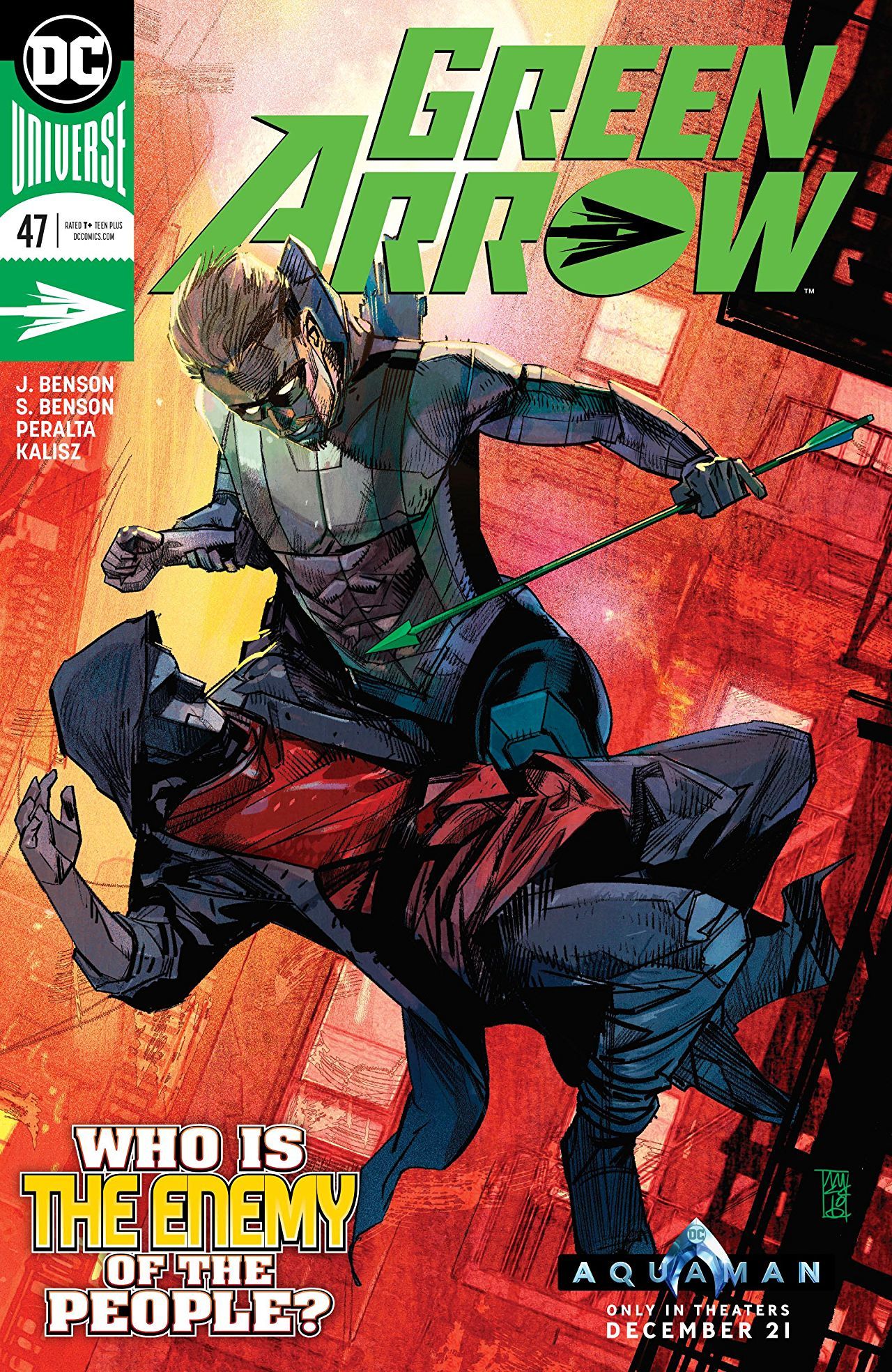 The end of Julie and Shawna Benson’s first arc of Green Arrow comes to an enjoyable yet somewhat cheesy and predictable end. I have to say, Oliver’s plan to get kidnapped by the Citizen is a little weird. I get the whole “let him come to me” plan to find and track the Citizen but why did Dinah have to dress up as the Green Arrow to do it? Homegirl is a whole ass superhero who could’ve delivered the same message. 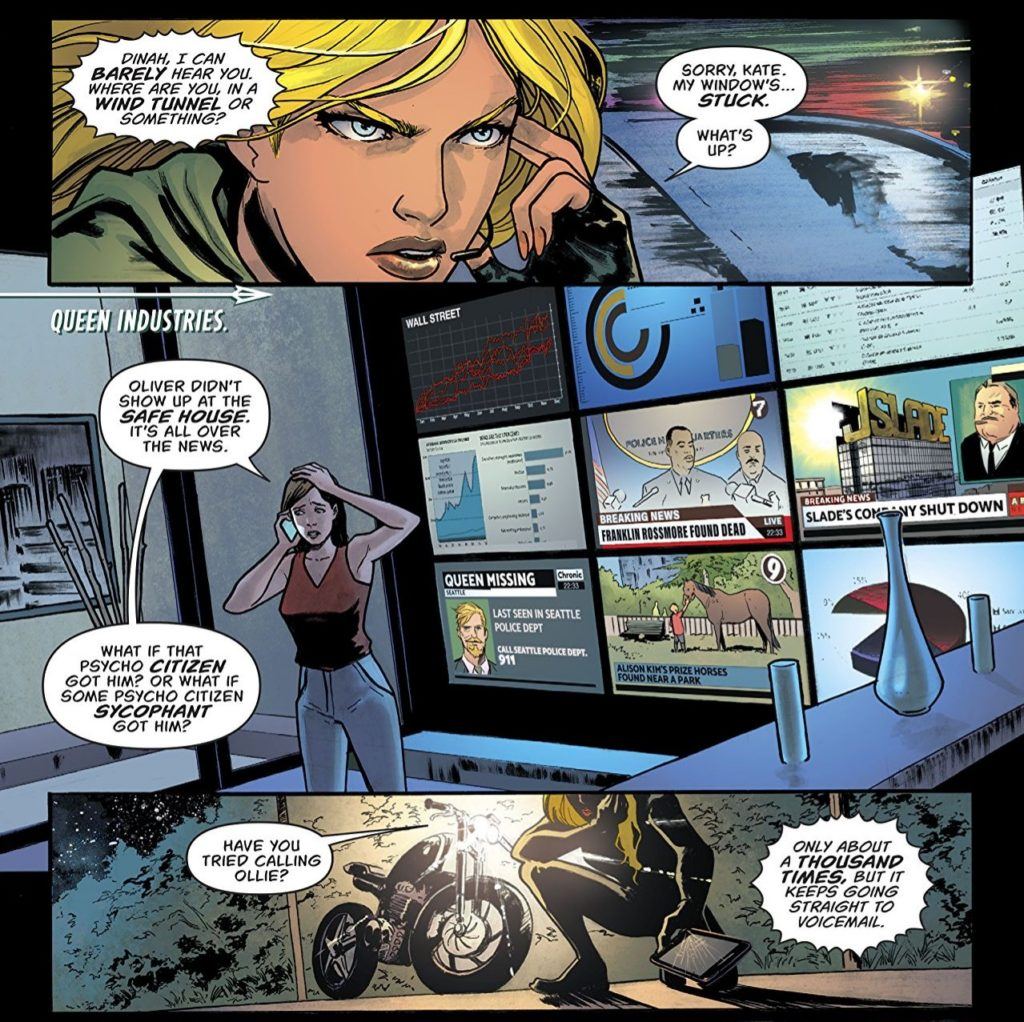 Anyway, most of this issue is Oliver and the Citizens spitting philosophical about their ideas of justice. Obviously, the Citizen’s argument wears thin as he has already committed to condemning people despite the facts. As the Green Arrow, Ollie tries to counter the Citizen’s message with a better way for the people to fight against the powerful and corrupt. It basically boils down to make your voice heard and go out and vote.

It’s a little on the nose and a very black and white message that doesn’t exactly solve the issue. Also, if Ollie really believed what he was preaching he wouldn’t go out every night dressed up in armored spandex. Then again, as a social justice warrior, it plays to Oliver’s more comic book persona of being the voice of the people and what not. I’m more partial to the darker version that is willing to end people that just gotta die. 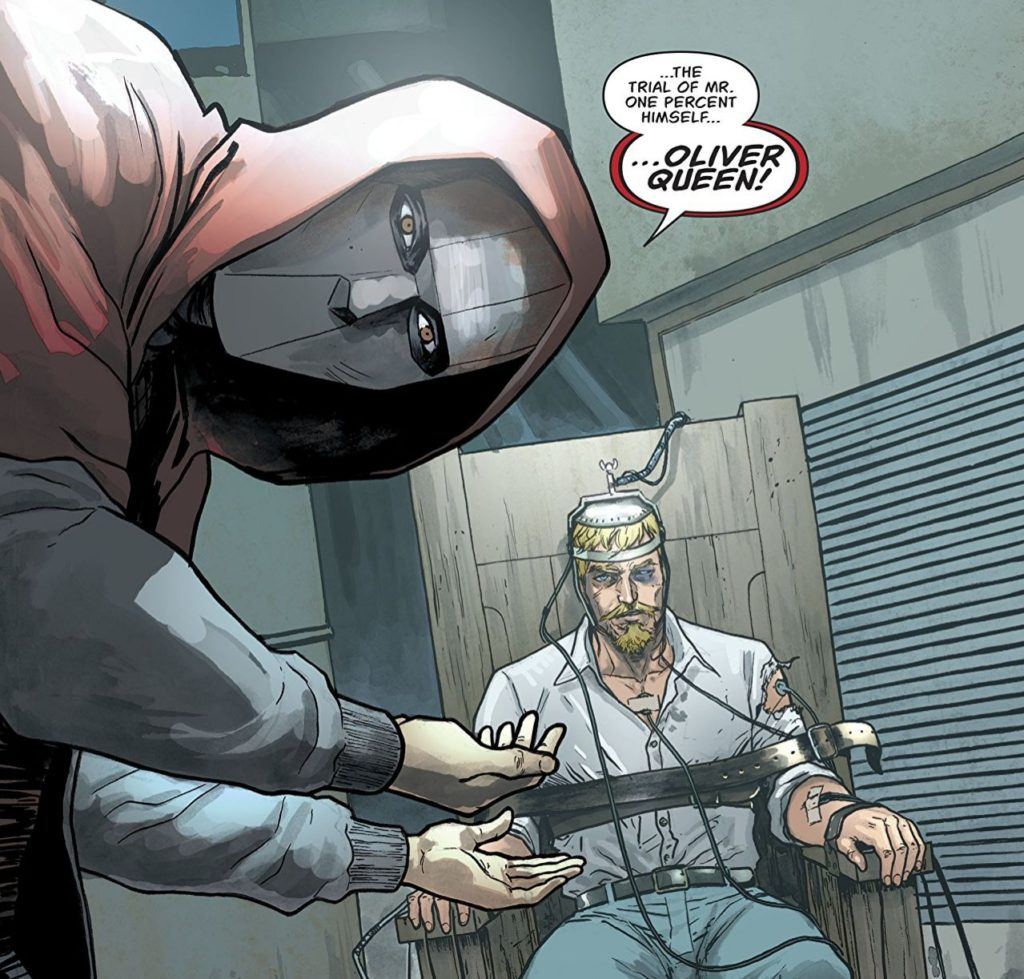 While the Bensons go a bit over the top with how corny Oliver sounds in this issue, I like how they showcase the Citizen’s impact on Seattle. There is a lasting effect on the people of Seattle, especially those who feel like the rich and powerful are taking advantage of them. No amount of preaching on camera from the Green Arrow is going to change how they feel.

For an arc that played with the themes of anarchy and social unrest, it hasn’t been the best executed. However, the Bensons proved that they know what type of stories to approach with the Green Arrow and have evolved Oliver’s character on a personal level, especially after Roy’s death. It’s a fitting end to an enjoyed story.