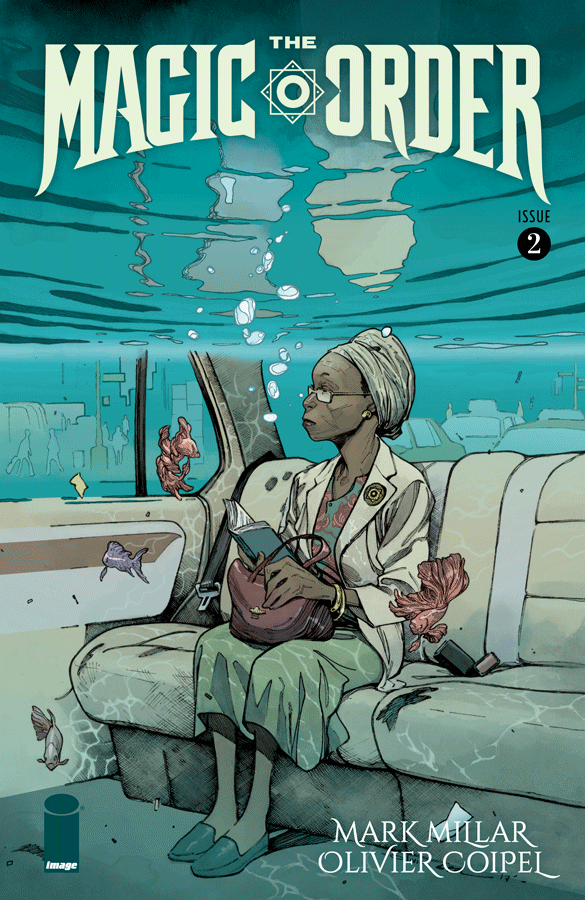 The hits keep coming in Issue #2 of The Magic Order. And by hits, I mean the female Tony Soprano, Madame Albany, continuing her calculated assault on any and all wizards who side with The Magic Order and continue to deny her birthright. The backstory really unfolds in this one, and we get a good understanding of why the lady in black has decided to take her talents to the dark side. In the first issue, we get but a sliver of information about that dusty book containing all manner of spells. But after Issue #2, you find out why Madame Albany was passed over as the one to inherit the all-mighty Orichalcum, instead gifting it to Leonard Moonstone. But before getting into that, Mark Millar makes sure to continue developing these outstanding, yet flawed characters. 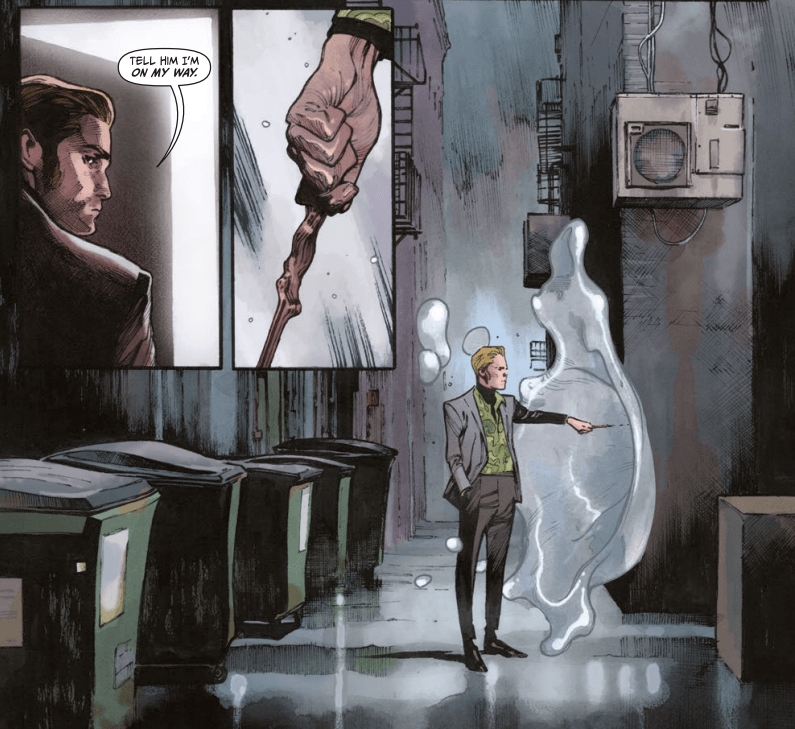 When it comes to flaws in the Moonstone family, none come with more baggage than Cordelia. She’s the misfit of this fam, and I’m having a great time learning more about her. I think Olivier Coipel is having just as much fun, because he’s been depicting her panels in particular with outstanding poise and necessary grit. Cordelia goes into graphic detail of the first moment she had to be about that magic life, which coincidentally was before she was even born!!

Strap yourselves on for this *light spoiler* because I dam near flipped my glass coffee table when I read this mind numbing page of excellence.

Homegirl’s magical powers manifested as an instinctive defense mechanism to her oncoming abortion!! Yeah, you heard right. Cordelia phased out of her biological mom, transplanted herself (and the placenta) firmly inside the womb of the surgeon on hand, changing her blood type as she entered her body and causing her to have a mental breakdown in the 4 month pregnancy process. This. Shit. Was. WILD!! Only thing wilder than that was finding out about the audience she was telling this story to. On top of that, we get an incredible glimpse of her early days as an escapologist and all around badass kid. Scott Free who?!?? 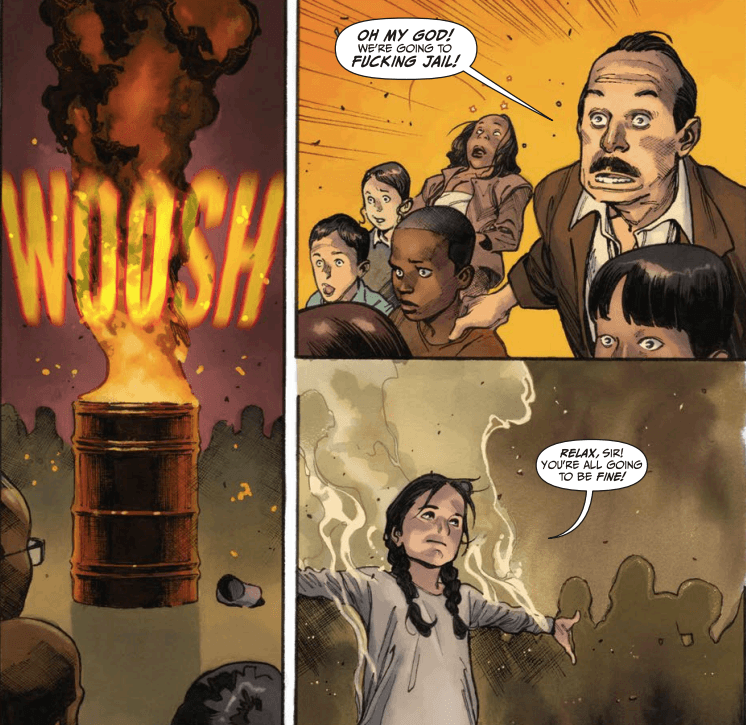 We get our first looks at Magic Order Headquarters, known at Moonstone Castle. The sly way that Leonard contacts his son for the meeting was so smart, so new, and so smooth. The way that Moonstone Castle is hidden in plain sight, but also completely protected was impressive. The way that Regan gets to the entrance of the Castle was cool as hell. Man, everything about this book has been supremely intriguing and satisfying. I love when highly anticipated comics deliver on all fronts.

The rest of this outstanding issue features someone we’ve all been waiting to meet! The mysterious assassin that Madame Albany partnered up with to murk out the magical standouts has a name, and boiiiii is The Venetian a cold hearted, powerful, and murderous savage for hire. This bloodthirsty duo rivals any male and female tag team in history, and wizards of all shapes, shades ,and power grade are falling at the hands of Albany and her hit list exterminator. Now that I think about it, these two are the wand wielding evil version of Arya and The Hound! All I want is more. 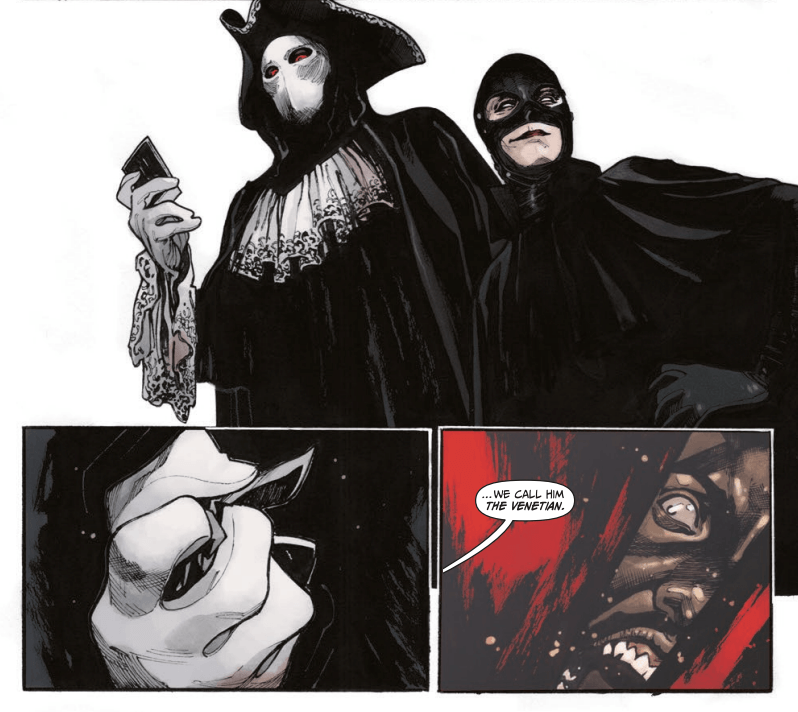 I seriously cannot see this series dropping off in the slightest. It has featured two gutwrenching stories of child survival. One that made it and another that didn’t. It has introduced readers to an entire world of dark arts and wizardry dedicated to protecting man from unspeakable creations…and we haven’t even seen the contents of that Orichalcum book of the most dangerous spells known to magickind!!

What I find absolutely astounding though is that Mark Millar does not simply import and insert powers and spells that he’s seen in movies, shows, and comics. He introduces us to completely unheard of possibilities and includes the most enticing new aspects to powers that we are somewhat familiar with. Then, you got Olivier Coipel aka Mr. Stay Low and Keep Firing, who is bringing all of these astounding new tricks, grand scale spells, and marvelous magic to life. It was widely believed that this comic would blow critics and fans away, and here we are picking our jaws up off the floor with every turn of the page.

10 Scorned Daughters Out Of 10