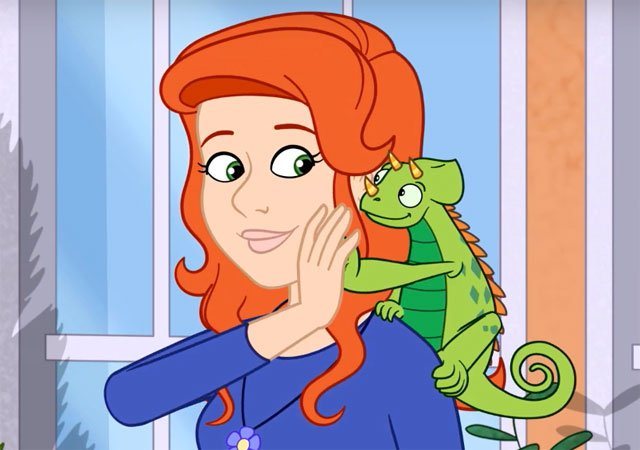 It’s the first week(s) of school across America. Teachers’ hands are stained from dry erase board lint and smelly markers. Parents have expelled an inexorable amount of money on school shoes, binto lunch boxes, crayons and hand sanitizer. Bells rang unanimously the day after Labor Day and Netflix came from the back of the classroom, hand raised and waving, butt out of the seat, shouting “look at what I got” like it was Show and Tell. Before anyone could call on them, or remind them to “Be Responsible, Be Respectful and Be Safe” with little bumble bee die cuts, Netlfix ran to the front of the classroom with the official trailer for The Magic School Bus Rides Again blasting on the Smartboard. You heard me, Mrs. Frizzle is back!

Actually, Professor Frizzle is introducing us to her younger sister Ms. Fiona Felicity Frizzle (Ms. FeFe if ya nasty). You heard me. Lily Tomlin reprises her role as Mrs. Frizzle from the 1994 original animated field trip series, yet tosses the keys to the bus to baby sis Fiona Felicity (voiced by SNL‘s Kate McKinnon). Not only that, but many of the former school mates are back, including the show’s producer Stu Stone who voiced red cap to the back Ralphie in the original series. You know what else? They got Lin-Manuel Miranda (Hamilton) singing the theme song. 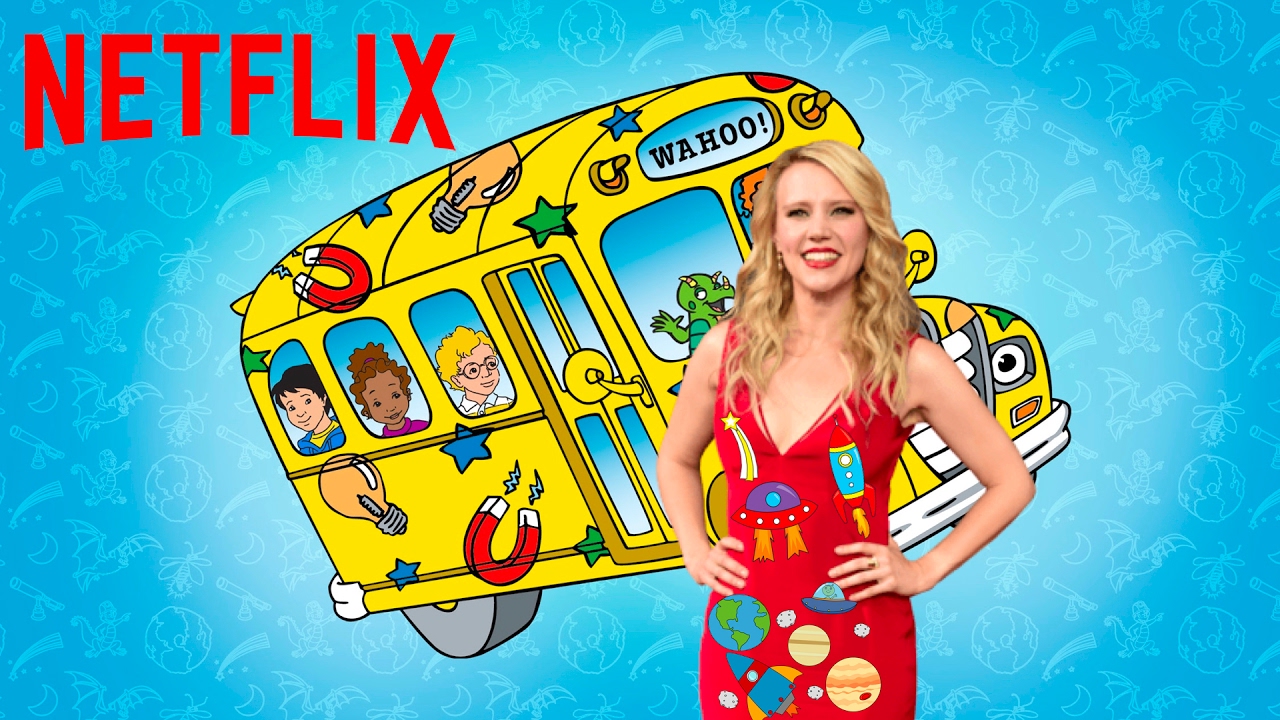 Maybe you’re hype for the reboot, or maybe you’re criticizing it’s every move. Honestly, I love me some Lin-Manuel, but he ain’t no Little Richard. Give me Little Richard singing that theme song any day and if not him, go grab Titus Burgess and get him and a glass of pinot in the sound booth. I can tell you right now, it won’t be The Magic School Bus we came to know and love. Why? Well, it isn’t 1994 my dude. Cartoons don’t even look the same. The colors are vibrant and that HD got Mrs. Frizzle’s hair bouncing. Fiona seems to have traded in Frizzle’s signature teacher dress with all of the felt science fair patches for a skirt adorned with flowers and ferns. Nevertheless, the field trips are looking lit.

Kids are jumping out of baked pies a la “Who Shrunk The Kids” mode. They’re dressed in Flintstone-esque prehistoric garb and floating on HeLa cells (s/o to the Immortal Mrs. Lacks). Honestly, these adventures look much like the old ones and I’m sure they hold some valuable and updated lessons. No friends, we didn’t hear Ms. Frizzle yell “seatbelts everyone,” but that doesn’t mean that those iconic lines aren’t deep in the ocean of nostalgia just waiting to come to shore. If your adolescence is rooted in the ’90s, you may never love this reboot and you certainly may not love it as much as it’s predecessor, but I wouldn’t knock it just yet. There’s a permission slip signed for all of us and I’m trying to be at the front of the line for this one. The field trips begin September 29, 2017 only on Netflix.