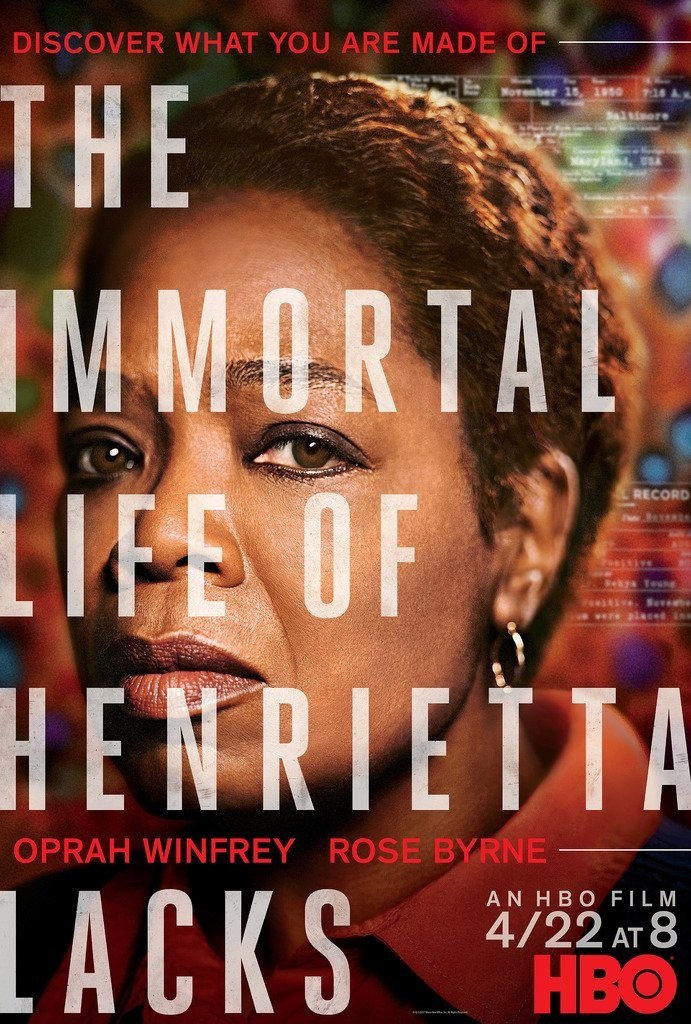 Henrietta Lacks was admitted to John Hopkins Hospital in 1951 after falling victim to cervical cancer. She would later die in that same hospital at the young age of 31. She left behind four loving children, a good reputation with everyone she encountered and, most importantly, cell tissue that would later be used for some of the most advanced achievements in the medical field.

So, what’s the issue? Well, no one in Lacks’ family even knew that doctors at John Hopkins took a sample of her cancer cells. They didn’t even know the the famous “HeLa” cells being used to cure polio and research cancer were taken from their mother and not a fictional Helen Lane. They definitely didn’t know that they were being sent into space.

To tell this story, freelance writer Rebecca Skloot tracked down Lacks’ remaining relatives and researched the unsung hero of the modern medical world. After her book on the experience became a constant on The New York Times Best-Seller’s list for nearly six years, Oprah Winfrey’s Harpo Studios committed to bringing the story to life in film.

On April 22, HBO will premiere The Immortal Life of Henrietta Lacks to further cement the legacy of a woman who indirectly saved the lives of millions of people.

The film stars Winfrey as Deborah Lacks, Henrietta’s daughter, and Rose Byrne as Rebecca Skloot, as they work diligently to rediscover the history of the HeLa cells and the person they came from. While doing so, they also find out just how far the medical field went to avoid giving Lacks’ any credit for her involuntary donation or any form of compensation to her family, despite the billions of dollars the HeLa cells have likely made. [Note: The family still hasn’t been compensated.]

Henrietta Lacks’ death may have changed the world for the better, but the film goes to great lengths to show how much it negatively affected her own family. With the loss of their mother at an early age for reasons they didn’t fully comprehend, many of the Lacks’ children went on to have intimate experiences with abuse, crime and their own illnesses.

While the film definitely focuses on the manipulative tactics of the health industry, it’s subplot shines a bright light the history on mental health treatment in the black community. Perhaps the most chilling moment comes when Deborah and Rebecca look into the 1955 passing of Elsie Lacks, Henrietta’s oldest daughter who was sent to a mental health facility for black youth and died ad the young age of 15 following long-term mistreatment and unethical practices.

This window into mental illness and how unresolved trauma can magnify its effects also exposes new sides to many of Lacks other children, including Deborah, who battles a number of diagnoses, including anxiety and schizophrenia. It’s very possible that many of her mental battles were triggered by the negative experiences she dealt with following the death of her mother and later on in life as her determination to learn about the woman who died when she was only two months old grew. There are even a handful of references to the belief that one can use religion to cure mental illness. While controversial, including it in the film only adds to the truth it sells.

Portraying the often frazzled Deborah Lacks, Winfrey’s performance is strong in multiple instances, whether she’s uncontrollably excited or exhibiting subtle signs of paranoia. In many scenes, she’s noticeably on edge, but still has a grasp on reality. During others, she displays the ability of checking off the multiple levels one reaches before getting to a full-on mental breakdown. Rose Byrne’s portrayal of Rebecca Skloot works well as it helps center the tension felt in many of these scenes as she dives headfirst into a story that she couldn’t have possibly imagined would go so deep.

Brief, but powerful performances, especially came from Courtney B. Vance as Sir Lord Keenan Kester Cofield, a clever conman who complicates matters for the Lacks family, and  René Elise Goldsberry, who plays the woman of the hour in a handful of flashback scenes. While the viewers don’t get to spend much time with Lacks, like most of her children, it’s just as effective to be there as she comes to terms with her diagnosis as if half of the movie were spent solely focused on her.

Watching her share the news of her cancer diagnosis with friends atop a ferris wheel – the same one where she’d often shared fond memories with these same friends – will stick with anyone who sees it.

The Immortal Life of Henrietta Lacks will resonate with audiences as a story of major loss and finding something worthwhile to hold onto despite it.