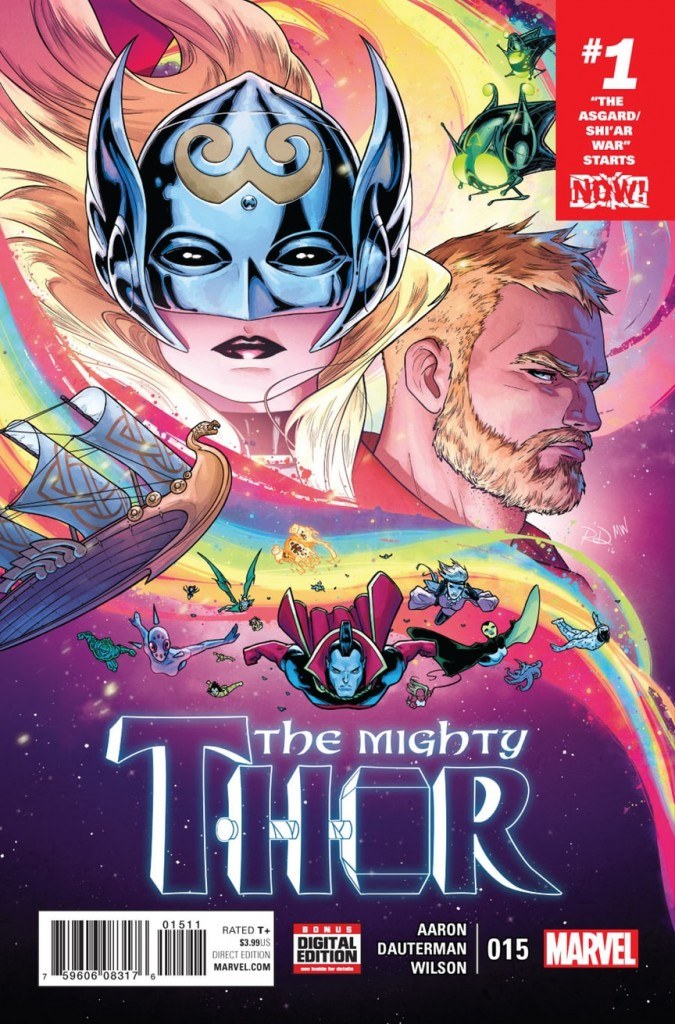 At this point, The Mighty Thor is either that book that your comic friends aren’t telling you about because they’re not your real friends or that book that your friends have been telling you about but you still haven’t gotten around to because you haven’t had time (or because you’re a bad person). Either way, Jason Aaron has had, by leaps and bounds, the most consistently entertaining Thor run that anyone’s had in the past 15 years. He and Russell Dauterman have rethought the universe of the Nine Realms and created a strange, wonderous, and at times, treacherous fantasy battlefield navigated through the eyes of Jane Foster, our ailing hero.

Issue #15 veers away from the War of Realms and takes a trip into an all new threat from a familiar empire. There’s a couple of pages devoted to the state of politics on Asgard and Jane’s burden as Earth’s representative on the Council of Realms. It’s a necessary starting point for this story arc because it’s a stark reminder of how much it sucks to be in Jane’s position right now. After that, it’s an old fashioned, well choreographed superpowered slugfest…which is completely okay with me. I never have a problem with the time honored “beat everyone up first, ask questions later” approach to storytelling. Don’t get me wrong. I’ve greatly enjoyed Steve Epting’s recent work on the book, but The Mighty Thor is unquestionably running on all cylinders when Russell Dauterman is running the show in terms of pencils. Gods and galactic titans beating the living shit out of each other? There is simply nobody better suited to bring such a collision course of mythologies to life. The panels are so alive with color and whimsy, it’s almost as if Dauterman is drawing this book with an actual kaleidoscope. 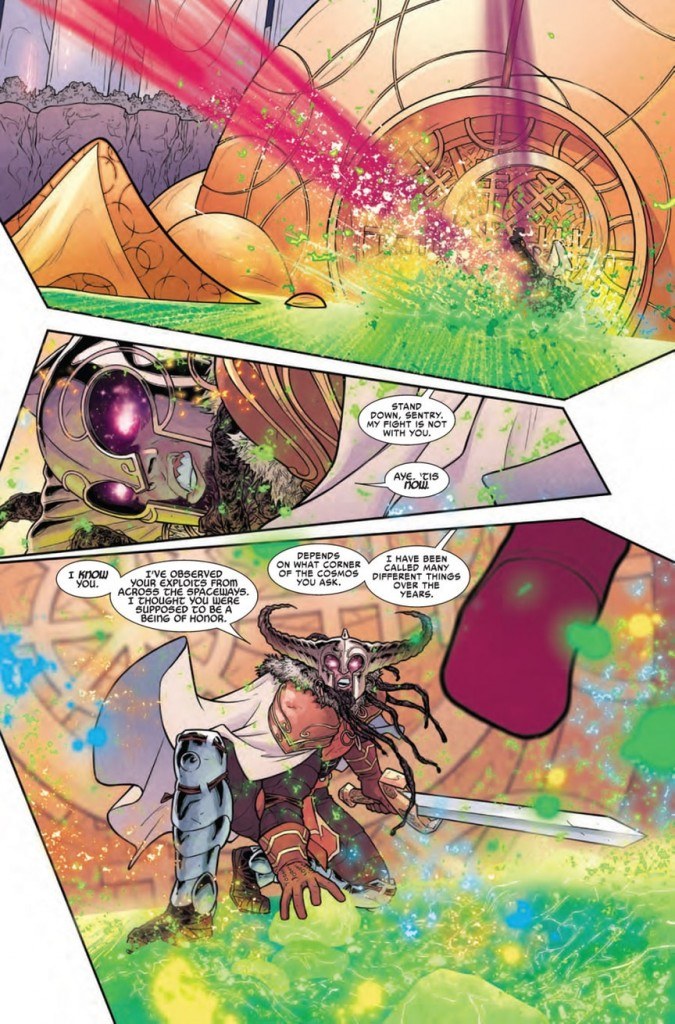 Bottom Line: You have to hand it to Jason Aaron. The man knows how to swing for the fences. Much like Asgard’s would-be invaders, this issue had two prime directives: to wreck shit and leave. With the return of Dauterman to the drawing board, the book completes both of these missions with absolute style. If you’re not reading this book by now, you are officially playing yourself.

9.5 Indestructible Mohawks out of 10

Reading Mighty Thor? You can read BNP’s other reviews of the series here.