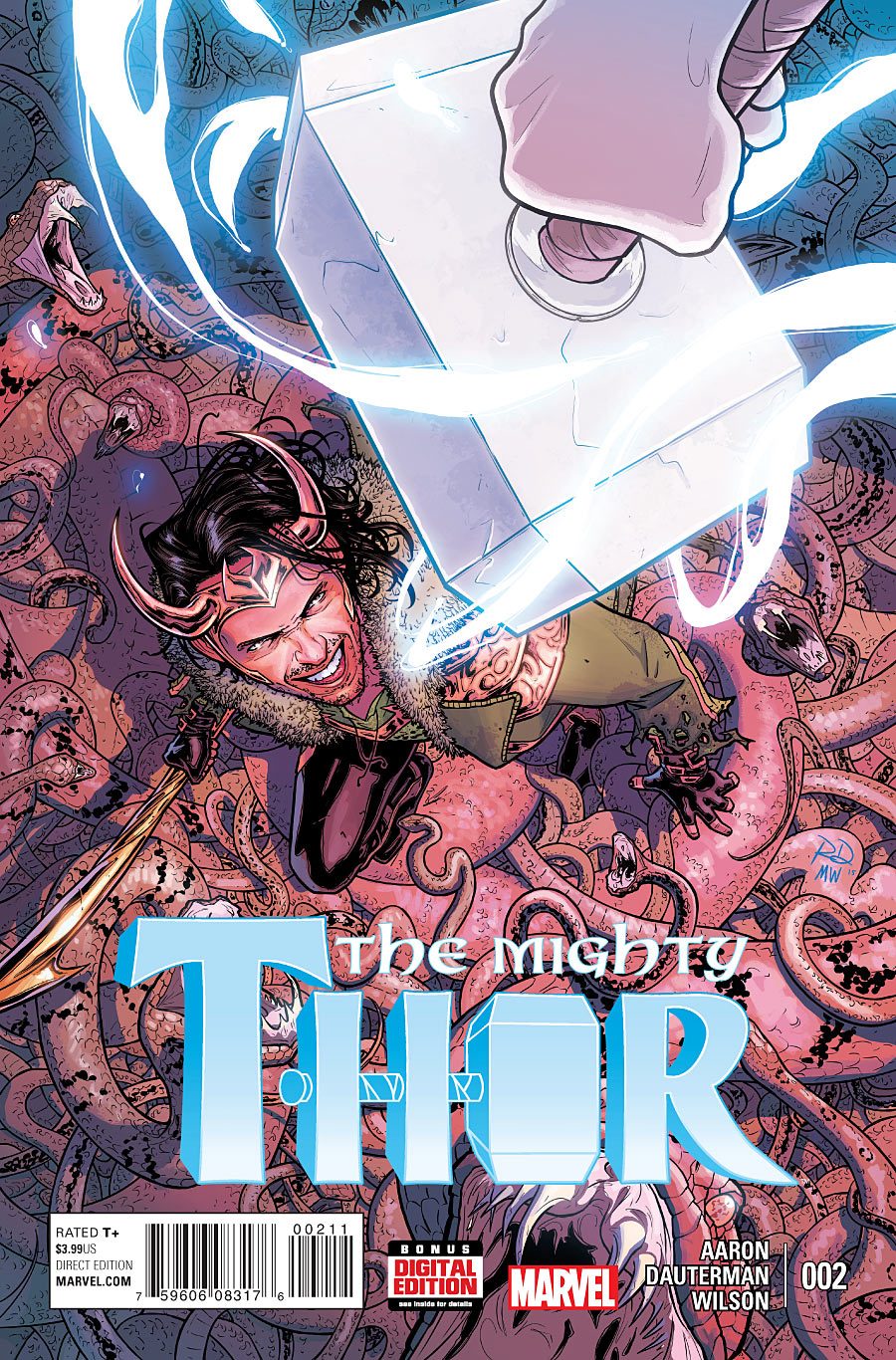 There’s really nothing particularly introductory to say about Jason Aaron’s writing that I haven’t said previously. He’s killing it writing Star Wars and he’s killing it writing Thor. At this point, the male tears should have subsided. No matter how you feel about Thor being a woman or Odinson having a Cable arm, The Mighty Thor is absolutely worth your time.

Issue #2 continues right after Thor running into some unexpected traffic on the Rainbow Bridge in the wake of Malekith (among several others) being up to no good. This issue is action-heavy in a majorly good way. Jane Foster goes around handing out ass-whuppings like free samples at the grocery store. As for villainy, Aaron writes a rendition of Malekith that’s so fun, it actually makes me resent (in retrospect) how utterly Bane-ified he was in Thor: The Dark World. There are moments when I think he’s trying to out-Loki the God of Mischief himself.

Speaking of the Trickster GAWD, Loki’s appearance alongside his biological father, Laufey, is worth its weight in vibranium. No bullshit… despite Thor’s action beats being so strong, Loki’s family bonding was basically the best part of this book by leaps and bounds. A big part of this is thanks to Russell Dauterman who has been doing the Lord’s work since Esad Ribic during Aaron’s “God of Thunder” series. At this point, he’s basically doing Steph Curry numbers, drawing a nigh flawless book, but the highlight this week is that Loki is looking Tom Hiddleston-as-fuck all of a sudden. I’ve written before about how sometimes, movie adaptations sometimes inform the look and canon of the comics, but this is the most obvious example I’ve seen in a long time.

Bottom Line: This is an outstanding book that is doing a great job of building towards the The War of Realms. The characterization, the action, the pacing, the artwork… it’s all here. Aaron is holding a master class on how good comics are written for $3.99 a month.