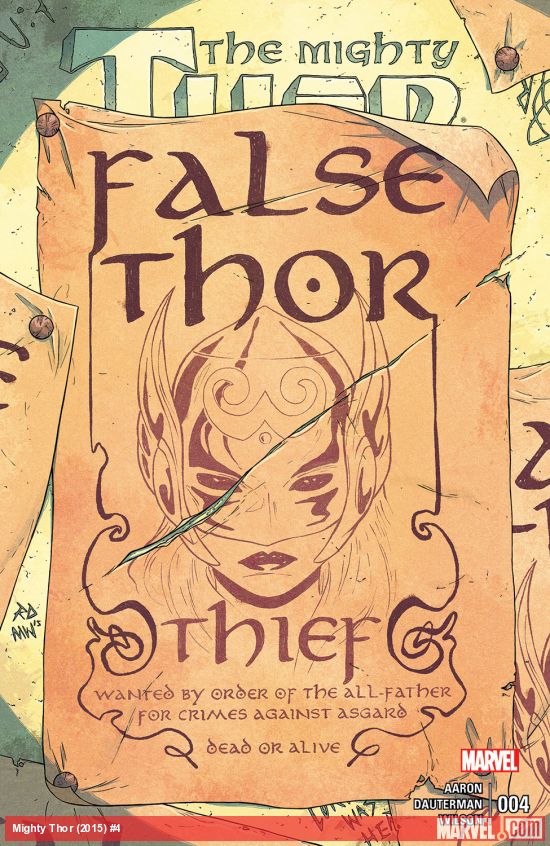 At this point, if you’re not reading The Mighty Thor you’re going out of your way to miss out on one of the best things to happen to Marvel in a long while. Jason Aaron is second to none at taking an existing world and not only make it feel like a place that’s never been explored, but also remind you why you fell in love with these characters in the first place. All New, All Different Thor is a character that deserves to be remember for always when they talk about great Thor moments and this week’s issue demonstrates exactly why.

Issue #4 picks up where #3 left off right in the heat of the light elves facing an all out assault from Malekith The Accursed. Aaron writes Malekith so well, it makes me even more retrospectively disappointed in Thor: The Dark World and there are already so many reasons to loathe that movie (Donald Trump has better gender politics than that movie). If he’d been half as fun and diabolical in the movie as he is in the comic, he’d surpass Loki as the best Marvel cinematic villain to date. The ongoing theme still seems to be Jane’s worthiness to wield the hammer. Loki’s constantly subtly and not-so-subtly trying to figure out the Goddess of Thunder’s identity. Some of the other realms seem to find her so worthy, they don’t care who she is. Meanwhile, the increasingly batshit crazy Odin only seems to care about pulling her limbs off. 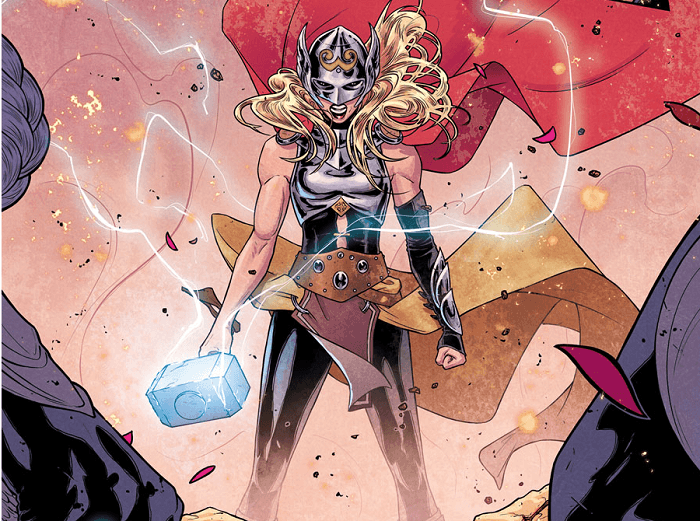 The best part of the book is the trail of Freyja, one of the best, most well developed characters in the supporting cast. Aaron is blatantly using Odin as a metaphor for the rabid traditionalists who are so opposed to change, it comes across as a food allergy. Of course, Russell Dauterman is the glue that makes all of this possible. His visuals are so sick and consistently outdoing themselves. Whether it’s Jane’s transformations into Thor, Malekith slithering about or Freyja’s supporters growing restless, there is NEVER a boring panel in a Dauterman book. This is a master class in how to make a good script into a compelling book.

Bottom Line: The Mighty Thor is still in the top 3 of Marvel greatest achievements in the past few years. This issue was a visually arresting showcase that boasts all the best aspects of this series.