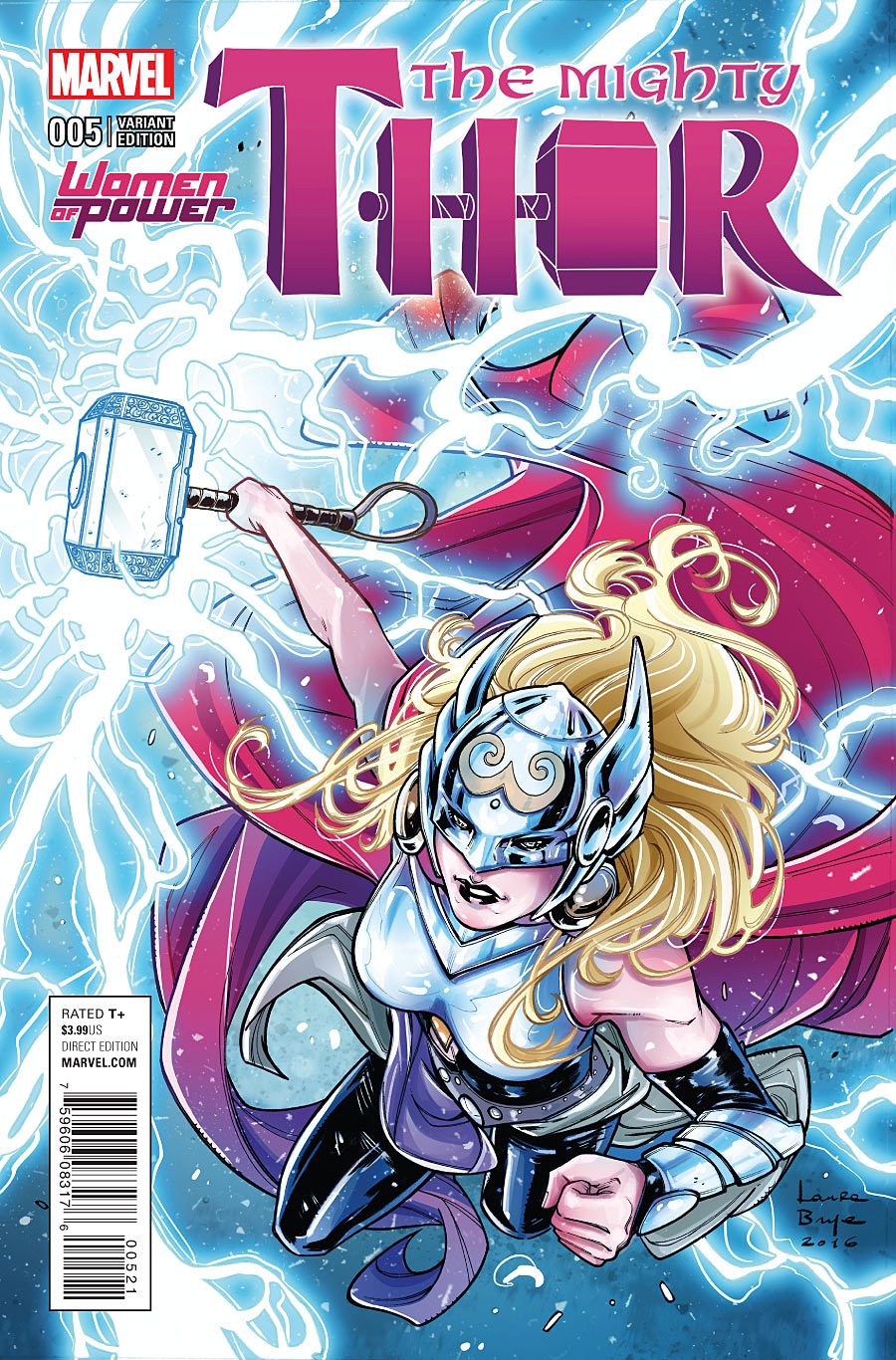 I tend to peruse a lot of comic-related groups on social media to get a feel for how fans react to certain books I review, even though it’s somewhat akin to looking at the comments section (of anything) and we all know how dangerous that is. The Mighty Thor is one book that seems to get a majority of positive feedback, but one of the complaints its detractors have about Jane Foster taking up the hammer is that she hasn’t had any legendary battles that we’ve come to expect from Thor. Even if we pretend that she hadn’t previously called down every female heavy hitter Marvel has to offer to fight the Destroyer, this issue is almost sure to put that degree of fan-whine to rest.

Issue #5 picks up right were we left off in Asgard with the War of Realms in full swing and Thor at absolute WAR with a thoroughly pissed off All-Father Odin. The battle takes up a good chunk of real estate in the book, but when you read Jane’s narration detailing some of the bad blood between her and her ex’s father, it offers appropriate perspective. And with all the building tension from Thor losing her patience and Odin losing his fucking mind as the story has gone on, it makes a lot of sense for this fight to be truly epic.

The great thing about this issue is that even when it’s action heavy, Jason Aaron still manages to not skimp on the suspense and intrigue. The conflict between Malekith and the light elves ends up being resolved in a brief but satisfying manner. Meanwhile, Freyja, Loki and the others holding the line against Cul’s forces ends up being the second most compelling plot in the book, taking an unexpected (though it really shouldn’t have been) turn in the last act that reverberates throughout the rest of the plotlines. Of course, Russell Dauterman once again ends up being the glue that brings all of this together with his sublime visuals. The aforementioned turn of events looks absolutely legendary and is sure to be the source of much nerd debate when they talk about a certain trickster god in the years to come.

Bottom Line: This issue does a great job of taking certain elements we know Thor books for and turning them on their head to drop your jaw. This sort of thing is what makes the case the All New All Different line.

9 Tom Hiddleston Body Pillows out of 10