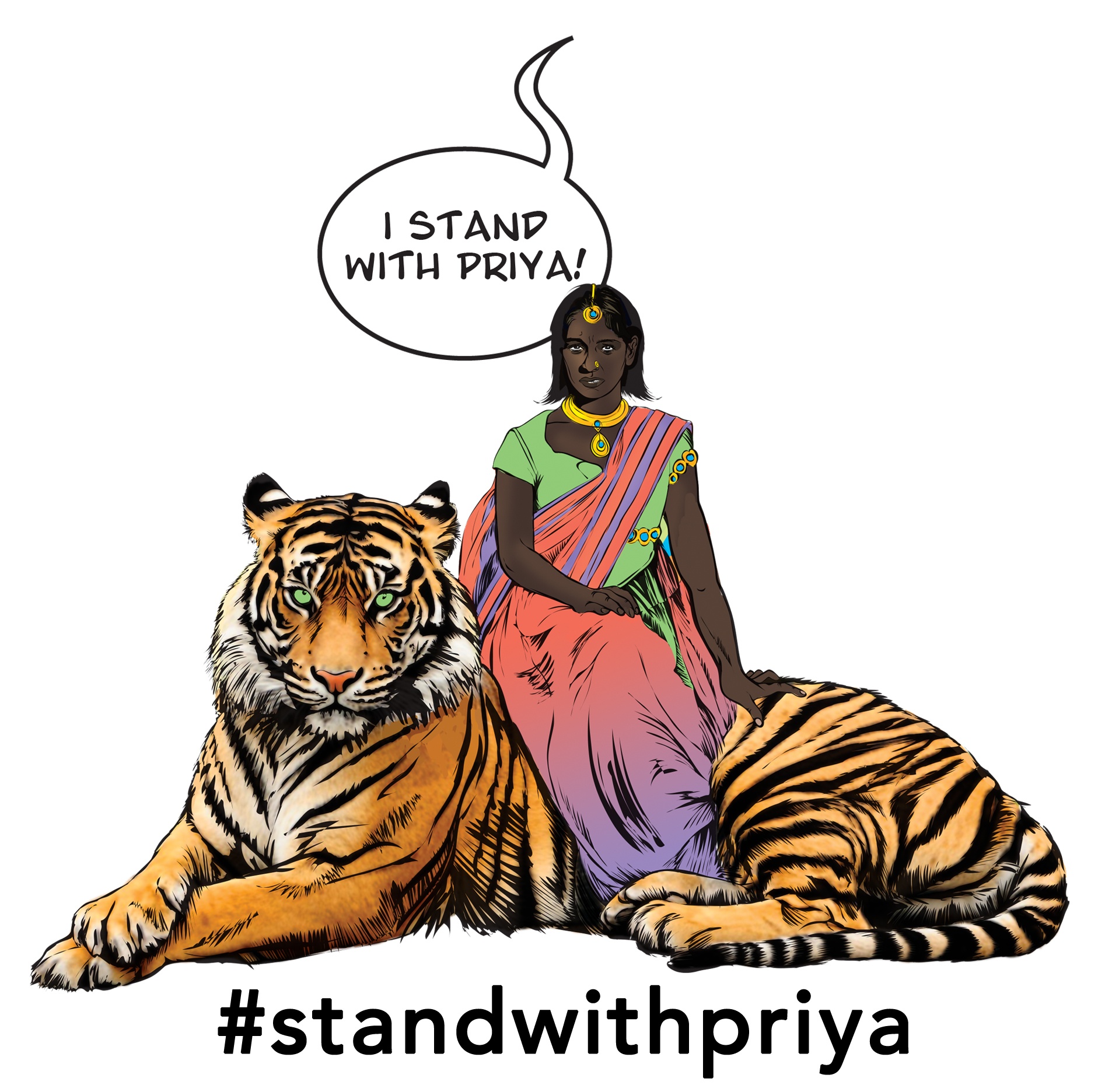 I first learned about this comic book late last year in December on Twitter. I was delighted to hear that Priya’s Shakti was a comic book created to fight back against sexual violence against women. Co-creator Ram Devineni was reminded of the haunting memory of the vicious gang rape of a teenage girl on a bus in New Dehli that shocked the world a few years ago. He and fellow creator and writer Vikas Menon wanted to create something that would serve to combat the gender-based violence that was severely affecting women in their country. What they ended up with, alongside artist Dan Goldman, was a story with a character representing modern India’s fight against rape culture. This comic features a young woman named Priya who, after being raped, becomes a vessel through which an Hindu goddess works to right wrongs; but really the story takes a turn and Priya becomes a champion of her own and inspires change.

Soon we transitioned into the new year. We crossed over into 2015 and I was instantly reminded that we still have much work to do when I saw that a certain hashtag was popping up. #ItsNotRape was trending and I was so disgusted I had to mentally log off life (and social networking) for the day because I was so outdone with what I was seeing. I saw a gross amount of people tweeting jokingly, making light of what is a terrible and traumatizing experience. I saw folks victim blaming. I saw several individuals clearly not knowing what the definition of consent was, because rape by definition means there is no consent given.

This horrific hashtag (I’m not linking to it but be advised to enter at your own risk), if you look at it now, as of February 18, 2015, has many more positive and redeeming tweets than negative ones. It is a better push forward to understanding rape and why making light of it is wrong. Not too much later I came across Priya’s Shakti and  remembered it’s introduction. I quickly devoured it in one sitting. 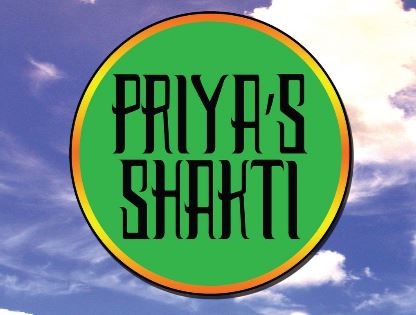 Reasons why you should read this comic, tell others and share it:

First off, it’s a comic book. Who doesn’t like comics? It’s Literature. (Just because it isn’t War and Peace doesn’t mean it doesn’t hold any merit or can’t have the ability to teach or be enjoyed.)

It’s addressing the sexual violence women face and opening up dialogue about it.

It’s not only opening up dialogue but offering solutions on how we handle this problem.

It’s presenting small, easy steps towards gender equality (one example? Teach both boys AND girls; don’t exclude girls from the classroom. Literacy for all.)

It’s giving you a bit of Hindu Religion 101: You’re learning about the rich history of India’s culture through their Gods and Goddesses.

This comic book is involved with special workshops, working with young people to use comics and then technology to have them “creating augmented reality comic books for social change“. If you don’t think that’s awesome to the one hundredth degree, you can get out of town now.

Easter Egg Alert! There’s also a cameo by the awesome Gulabi Gang, a group of women who’s uniforms are pink saris. They venture out and beat sexual predators and abusing husbands with sticks. They are also active advocates against child marriages, government corruption and have taken a big stand for literacy, especially for girls.

This comic book features a different type of super hero: no capes, no mutant powers, no pedigreed life with millions of dollars and a cave full of gadgets. This hero is a young woman. A rape survivor. A leader. And here representing that heroes look more like one of us than we thought. The fight for more representation of marginalized groups has been fought for so long: for more and better representation of people of color, of women, of disabled people, of people belonging to the LGBTIA community. I feel Priya is a shining example of more positive representation of women and for women. We need more of this. We need more Priyas. 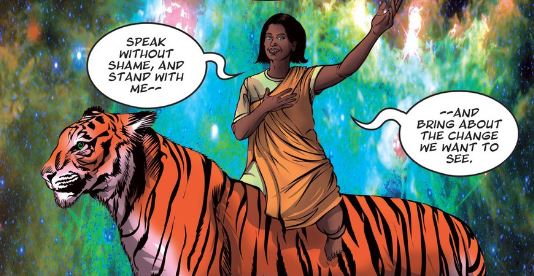 With reading about Priya, I was recently updated about some news on an awful case I had read about and expressed my concerns about last year. So often I hear about terrible actions, physical and sexual assaults against girls and women and I when express my shock, grief, dismay and anger I have to remind myself that I live in a world where rape culture has warped society (around the world) to care less. To blame the victims. To seek to shame and cast off the survivors. I have to remind myself that I will be met with indifference and ignorance. The grandest example of this last year was regarding 16-year-old Jada, who was drugged, sexually assaulted and then mocked online with photographs of her unconscious body (with the gross hashtag #jadapose). Instead of  choosing not to go forward with her story as many rape victims are shamed into doing, she bravely moved forward, told her story and the #IAMJADA movement against cyber bulling and sexual assault was born.

…. and while it did take five months for legal action to get around to happening, justice has been served as two arrests finally were made. Developments in this case are still underway, but I simply must acknowledge how absolutely proud I am of Jada, whose bravery has not only inspired and touched me but so many others, including fellow victims who did not feel that they had the strength to endure the process of coming forward and may have felt some validation in seeing Jada step forward. It’s been estimated that as high as 68% of rapes are never reported. (There are high numbers of victims who choose not to report and pursue action because of the grueling process it can be and the public scrutiny it results in.) I want to use Jada’s movement as an example to illustrate just how important it is stand up to gender-based violence and just how incredible having a support system is. Seeing all the people express their outrage and post photos with the #IAMJADA hashtag was incredible to see. Looking at the numbers of people sending love and support Jada’s way gives me hope. Hope that I also see in the many people posing with pictures of Priya online. It is a hope that swells in my heart when I see photos like this one of street murals with Priya’s image with little girls standing in front of it fists raised.

While I originally read it on Comixology, as I was stumbled upon it cruising the free comics page, I totally want everyone to check out the original website for the comic, which features the free comic, a bit of back story, a glimpse at the people who helped bring it together and information on workshops and outreach. As we continue making our way through 2015, I hope we see more comics like this one, more comics educating and most certainty more comics down for the empowerment of women. Heads up! There’s also a IndieGOGO campaign that will not only help get printed copies of the comic out, but also fund the costs to create murals of Priya and even fund more workshops for schools that you can check out here. I stand with Priya, do you?