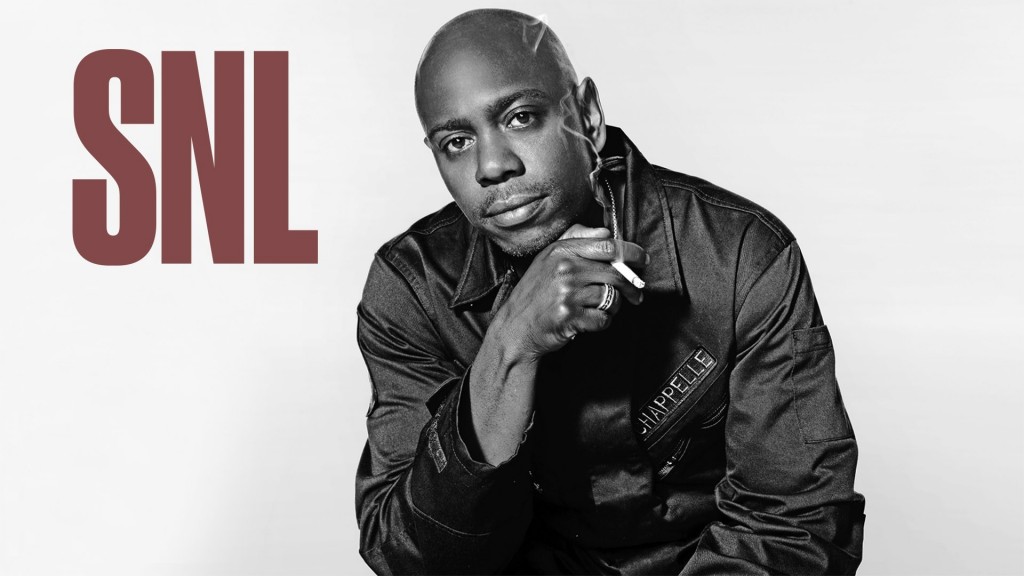 Real talk. There are several things that Black America has been waiting on. For years, we’ve been waiting on Dave Chappelle to come back to television to give us the representation and laughs that we’ve believed only he can give. Ain’t many Black folks in America that don’t get hype at the thought of Dave Chapelle and the possibility of new work. Last week, Black America and every disenfranchised, marginalized and threatened individual in America was yearning for someone or something to express the fear, anger, and depression that arose in the wake of election night. Personally, knowing that Chappelle was going to hit the stage of one of the longest-running variety shows in America the weekend after Trump was elected president gave me a sense of community that I was yearning for.

As with every Saturday Night Live host, Dave opened with a monologue. The moment Dave walked out on stage, you could feel every eye burning into him, every breath paused, every heart of every POC who was watching in hope of the representation we so desperately were seeking in the dawn of the new presidency. In 11 minutes and 37 seconds, Dave addressed the country. He started by with joking about the election results and his assumption of a possible Trump win, white voters, Omarosa…it was canonical Dave. He talked about the number of shootings this year and referred to the horrendous attack on Pulse Night Club and white America’s need to blame every terrorist attack on ISIS. Dave joked about the shooting of the gorilla in the Cincinnati Zoo and how the police department said that it was the toughest decision that they’d ever had to make. Funny not funny when you consider that we are only 15 years past the killing of unarmed Black 19 year old Timothy Thomas who was shot and killed by a Cincinnati patrolman while being arrested for traffic violations. It’s not like the past 4 years haven’t been filled with the murders of unarmed Black men and women. Like Chappelle said, if that was the hardest thing that the department has had to face then maybe we need to walk around in gorilla suits. That would even be funny if Saturday Night Live cast member Leslie Jones hadn’t been called a gorilla all summer by Twitter trolls. It’s so sad that you have to find a way to laugh it all off right? Right…

I guess that’s why Dave decided to take a hit at Black Lives Matter and the need to even say that phrase. He said that ‘Black Lives Matter’ wasn’t the best slogan ever and then joked about how everyone hates it but keeps making parodies of it. I’ve had that same thought. I cringe at any joke or chuckle that someone gets from a [blank] Lives Matter subtext. Dave even related it to the Blues Lives Matter folks and how, you know…. being a cop is a choice, but being Black isn’t. How choosing a profession isn’t the same as being born into racism. I was feeling Dave on this one until he joked about quitting on being Black. He’d quit being Black if he could. Sure, Dave is a comedian, this is supposed to be a joke. Let me be real. I didn’t find shit funny about that. I wouldn’t trade my skin for a single thing and I sure as hell wouldn’t joke about it in front of white America, but hey…. I’m not rich, which ‘jokingly’ Dave said is the next best thing. I get how moving up and making it separates us from friends and loved ones. I get the social gentrification bit, there’s truth in that.

Of course there’d be jokes about Trump’s sexist views, right? Who’s going to let him live down the comment about grabbing women. That had to be a joke, right? Sexual assault is so funny…. right? Let’s not forget the Obama jokes. The one thing I did get a kick out of was Dave’s joke about President Obama telling Trump that if he thought the job of being president was hard, that at least Trump would get to do it while being white. Yeah. Truedat, Dave.

After that, Dave took it to where I knew he would. He talked about an experience in which he attended an event, a Black event, at the White House. While still somber, he lowered his voice even more and drew us in. Dave gave the folks who needed it, background and history on how Black folks been shut out of the White House. He gazed to the sky and remembered a time in which he stood in the middle of a sea of Black folks in a house that we built and were kept out of and he said that is was beautiful and that it made him hopeful. I sat at the edge of my seat ready to take in the lesson. I was ready for Dave to bring it home and he said…

“So in that spirit, I’m wishing Donald Trump luck and I’m going to give him a chance. And we, the historically disenfranchised, demand that he give us one too.”

I admit it. I had been in mourning all week, but I hadn’t cried until then. I had once again put faith in someone to represent my ideals, my thoughts, my Blackness only to go from being proud to being sick to my stomach. Give Trump a chance to what? Ain’t I not a woman? Aren’t we all human? What about the increase in hate crimes post election? Am I supposed to give him a chance to call off his hounds who are ripping off women’s hijabs and crowding around their classmates yelling “build the wall?” They think they are doing Trump’s work and they are, aren’t they? Are we, the historically disenfranchised supposed to stay quiet while we watch Trump and Pence reinstate Jim Crow? Am I supposed to give Trump a chance when it becomes legal nationwide for me and my partner to be denied access to a public service due to the religious beliefs of a business? Should I give him a chance the next time someone tries to grab me? Is this what I was waiting for? Did Dave say that he hopes Trump will give us a chance?

What chance does he need to give us historically disenfranchised folks? A chance to prove that we’re human and deserving of basic civil rights? A chance to prove that my body is my own and on everything I love, if you try to grab my cat you will draw back a nub? Really? Really, Dave? Is this where you believe that POC, LGBTQ folks, women and those who are disabled should be? You think that he should give us all a chance?

Jokes are jokes. I didn’t find many of them funny, maybe that’s just me. Maybe I was too deep in grief and rage after watching an 11 year old fold in tears into the arms of his school counselor the next day. Maybe I was consumed by the fear for those who had been reporting hate crimes all week. It’s hard to laugh when a Black baby doll is strung from a noose on a college campus post Trump. I’m not giving that a chance. The State of Blackness according to Dave seems to result in handing out chances the way we used to hand out Black Cards and passes to the cookouts. I don’t know about Dave, but I’m fresh out of chances and full of rage. I’m giving Trump’s America a fist up and a fight.