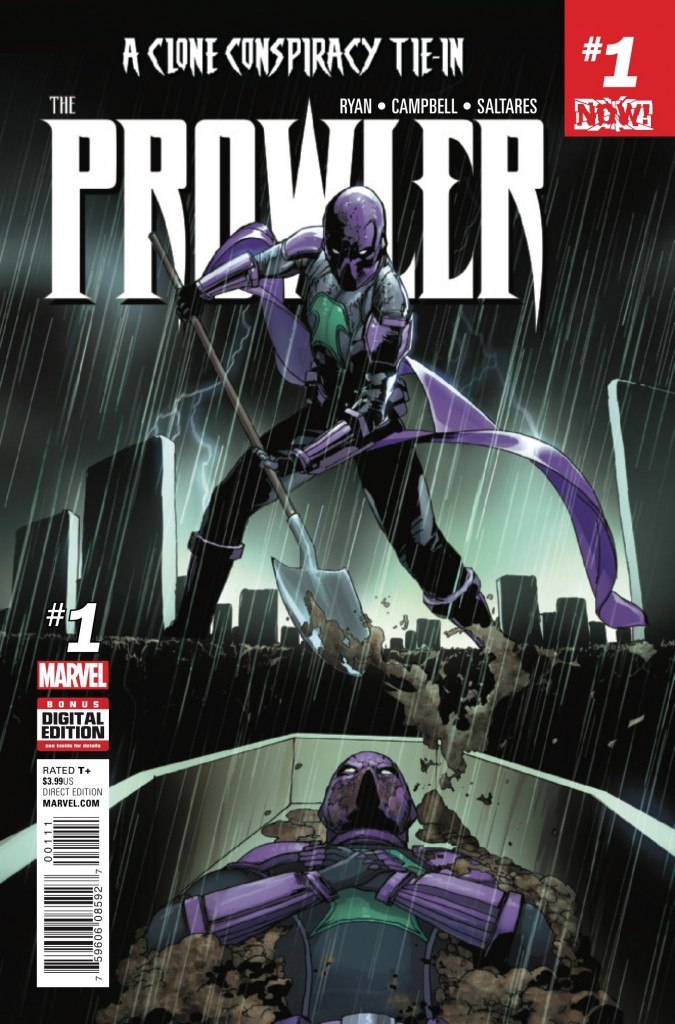 I promise you, my favorite thing is when a second string or supporting character gets a series on their own. I love it. I love that shit. That’s where Marvel really excels in my eyes: we’ve seen magic worked with Hawkeye (Fiyah), Mockingbird (Flames), Ant-Man (Heater), Moon Knight (Scorching), and now we can add Hobie Brown to the list. The Prowler was always my favorite Spider-Man villain since I was younger. I don’t know why, maybe it’s because he seemed like an every-man, washing windows yet a great inventor who never got a break. I love that about Hobie, as it shows that you can be a genius-level intellect in the world but that doesn’t mean the chips are always going to fall your way. I love a story where we see a character that isn’t that well known having to prove themselves in their own little section of Marvel’s large ass universe.

Sean Ryan introduces us to Hobbie in strong fashion. We already get the sense that Hobie doesn’t really have a sense of purpose in his life, and a quick rundown fills us in on certain pages of his life. The main theme running throughout those pages happens to be his Prowler identity. Hobie couldn’t seem to shake that aspect of his life, even as he worked for Parker and now finds himself working for The Jackal. Ryan explains how Hobie ended up being with The Jackal as he was recently brought back to life, and now owes The Jackal one. Jackal seems to be some type of humanitarian now but we know that shit ain’t lasting. 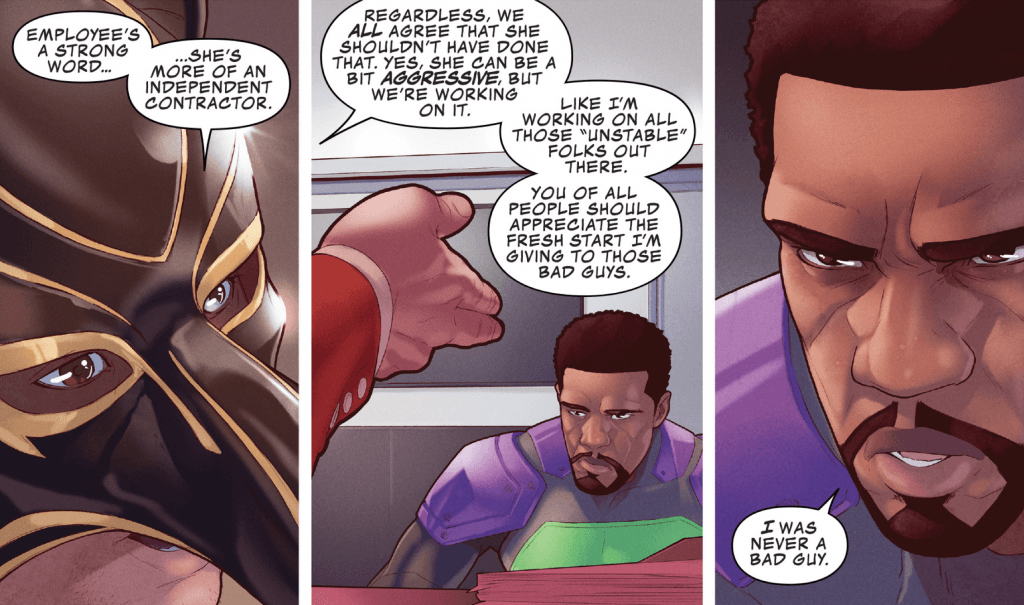 There’s a lot going on here that will make more sense if you’re following the Spider-Man Clone crossover (I know, I know) that’s going on, as this is a tie-in, however Ryan doesn’t let that overrun the book. We see Hobie going about things on his own, which becomes a defining point. He’s been given a new lease on life but he’s not really sure what to do with it, which sounds a lot like most of my friends in their twenties and thirties.

I was really looking forward to this book not only because of Hobie, but because we got Jamal Campbell on the track doing art. Yeah, if you’ve seen his work on his webcomic The Immortal Nadia Greene then you know his pen game is dumb strong. Pen game out here bench-pressing the color spectrum. Campbell is also tag teaming with Javier Saltares, and together they give this book a look that can’t be denied. I love the artwork within this series — fresh, bright, colorful and they got Hobie with the meanest shape up I done ever seen. My man Hobie’s goatee looking better than Tony Stark’s, for real, for real. These artists are a great pairing to go with Ryan’s story. They’ve got Robie showing a lot of range in his unease as well as when he has to g-check folk.

Ryan has great use of repetition and mirroring with the beginning and end of the book that I hope we see more of. I’m very invested in the direction they’ll be taking Hobie, and extremely glad to see him no longer impersonating Spider-Man as a job and is instead on a completely new venture. Is Hobie a hero or is he a villain? None of that can be answered a the moment but it’s going to be a great ride seeing which road Hobie takes in the end.