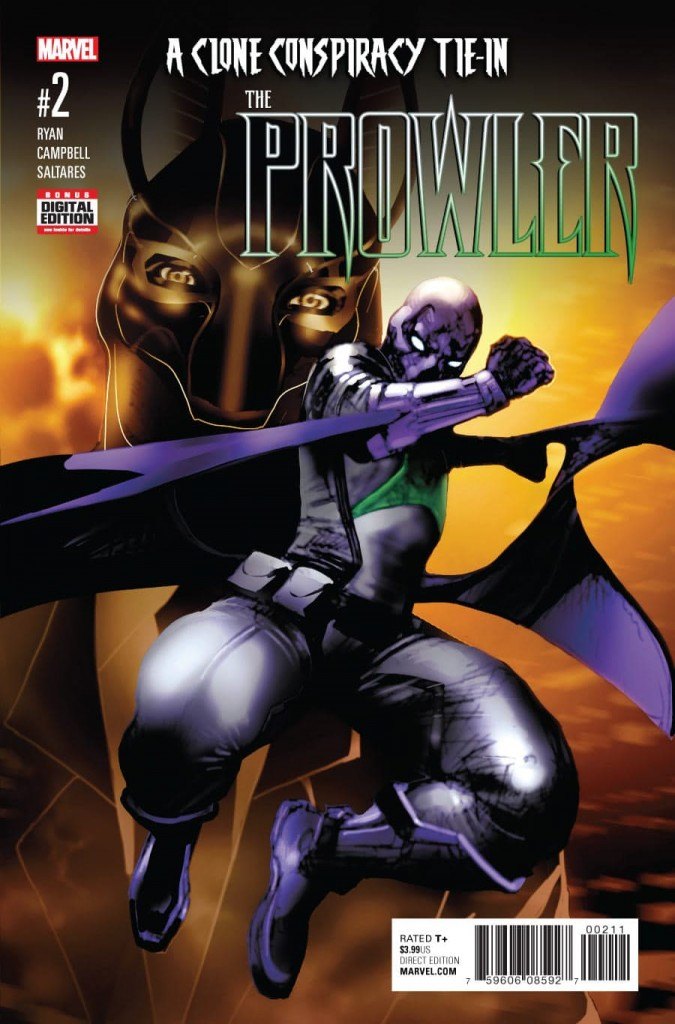 I really need there to be a movie titled “No Continuity for Brown Men” and have it star Hobie Brown. Until that happens, this book will more than suffice because I am fucking with it. Sean Ryan does an excellent job of having Robbie appear on the outskirts of Marvel. Hobie is essentially lost, not knowing what he’s doing since coming back from the dead. This is a message Ryan nails down once again with his thought captions for Hobie as he finds himself awakening in a cell at some undisclosed location. We see how Julia Carpenter is thrown into the mix as well as her previous association with Hobie and what she was dealing with over in Daredevil. We’re seeing Hobie make choices but we aren’t sure if they are the right ones, if he truly believes in what he’s doing with New U or if he himself is being duped and he is just falling in line. What I really like about this series is that we want Hobie to break out against the Jackal and keep striving for that, but Hobie is protecting his stance on his newfound lease on life.

Jamal Campbell continues to be my new favorite artist over at Marvel. I’ve not seen work this smooth and life-like in a long while; it reminds me of Udon’s work on the Agent X run from way back when. However, Campbell’s style is so large, cinematic, and bright. We saw some of his action scenes used when the villains were fighting one another. It will be interesting to see how his art holds up during more intense scenes and fights, but right now? This shit is pure flames to look at. Especially when it comes to characters expressions (looks at the new Electro).

I’m going to go on a limb and say Hobie Brown doesn’t have the biggest following, but I’ve always been a fan of this guy since I saw him on the animated Spider-Man TV show. Ryan and Campbell have been telling a great story with Hobie in present day, but I am looking forward to the character development they can hopefully add to his past as well. This is a good book and a great character that deserves the shine he’s getting now. I’m really glad this is the creative team assigned to the task of making Hobie Brown carve out his own section of the Marvel universe.

8.3 Damaged Verizon Fios Cables out of 10

Reading The Prowler? Catch up on previous reviews of the series here.