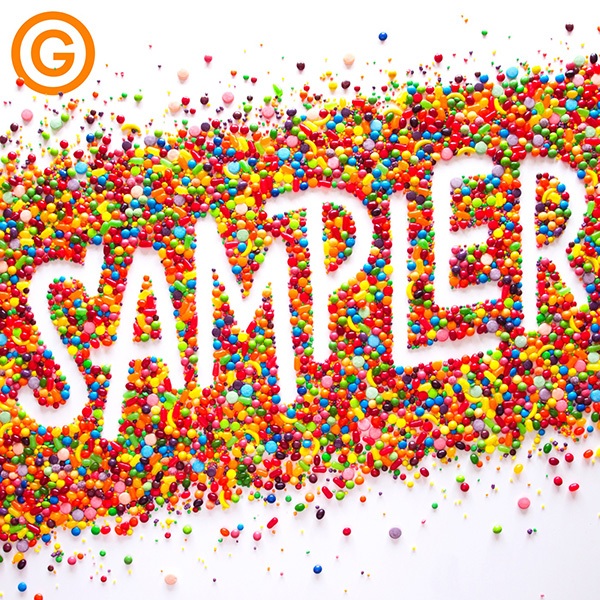 Like most media in the nerd world, finding a high-quality show that you love among podcasts can be difficult (although you can skip all that work by checking out my favorites list here). But finding a high-quality show produced and hosted by a Black woman nerd? Let’s be real, many of us can barely afford to invest in weekly comic purchases lest have $6 million worth of capital lying around. Well I’m here to tell you that #BlackGirlMagic is still undeniably alive and well in 2016 y’all, because Gimlet Media’s newest podcast, Sampler, launches January 20th and believe when I tell you Brittany Luse is holdin’ it down!

Already a favorite among many podcast listeners for her show For Colored Nerds (“the conversations that Black people have when white people are not in the room”) co-hosted with best friend Eric Eddings, it’s safe to say that Luse will bring a level of racial awareness and comedy that podcast titans so desperately need (I’m deadass looking at you, Serial). In fact, in a shockingly candid recent episode of the podcast StartUp Gimlet’s co-founder and CEO Alex Blumberg revealed that the company plans to revolutionize the podcasting industry by specifically targeting people of color rather than going the traditional route of seeking out previously worked with (read: typically white) colleagues. While this may seem like an obvious solution, many companies fail by confusing this strategy for or being willfully ignorant about tokenism.

“Targeting is like, ‘we’re actively trying to make our organization less white[…] We’re trying to go outside of our networks,” Luse explained during her interview on StartUp. “Tokenism is like, ‘…we gotta have one…'” As to be expected from this podcast badass, Luse also made sure to point out the areas where Gimlet could improve based on her personal experience from working there, from joking about having to repeatedly explain to her coworkers that “Netflix and Chill” was not a three-week-old phenomenon to feeling completely overlooked in a new company program.


[divider type=”space_thin”]
Part of the revolution comes from the show’s premise. As the title suggests, Sampler takes soundbites from suggested podcasts and adds Luse’s witty commentary and hilarious reactions, meaning that as a producer she also has the power to spotlight different voices from often neglected intersections of identity. For instance, the Sampler teaser clip not only includes part of an episode from Bodega Boys, but probably holds the record for the first utterance of “it’s lit” in a multi-million dollar podcast. At the tail end of this month’s “Perfect Crime” episode of ReplyAll, another Gimlet creation, Luse even reveals her passion for wrestling (which, you know, we can totally relate to, just a little bit). To put it bluntly, the former royalty of the podcast charts better step their game up this week if they’re hoping to compete with this incredible woman.

If you’re as psyched as we are (or even just a little bit intrigued) for Wednesday’s debut, you can check out the teaser clip at Sampler’s website here or follow them on Twitter for more exciting updates at @SamplerShow.