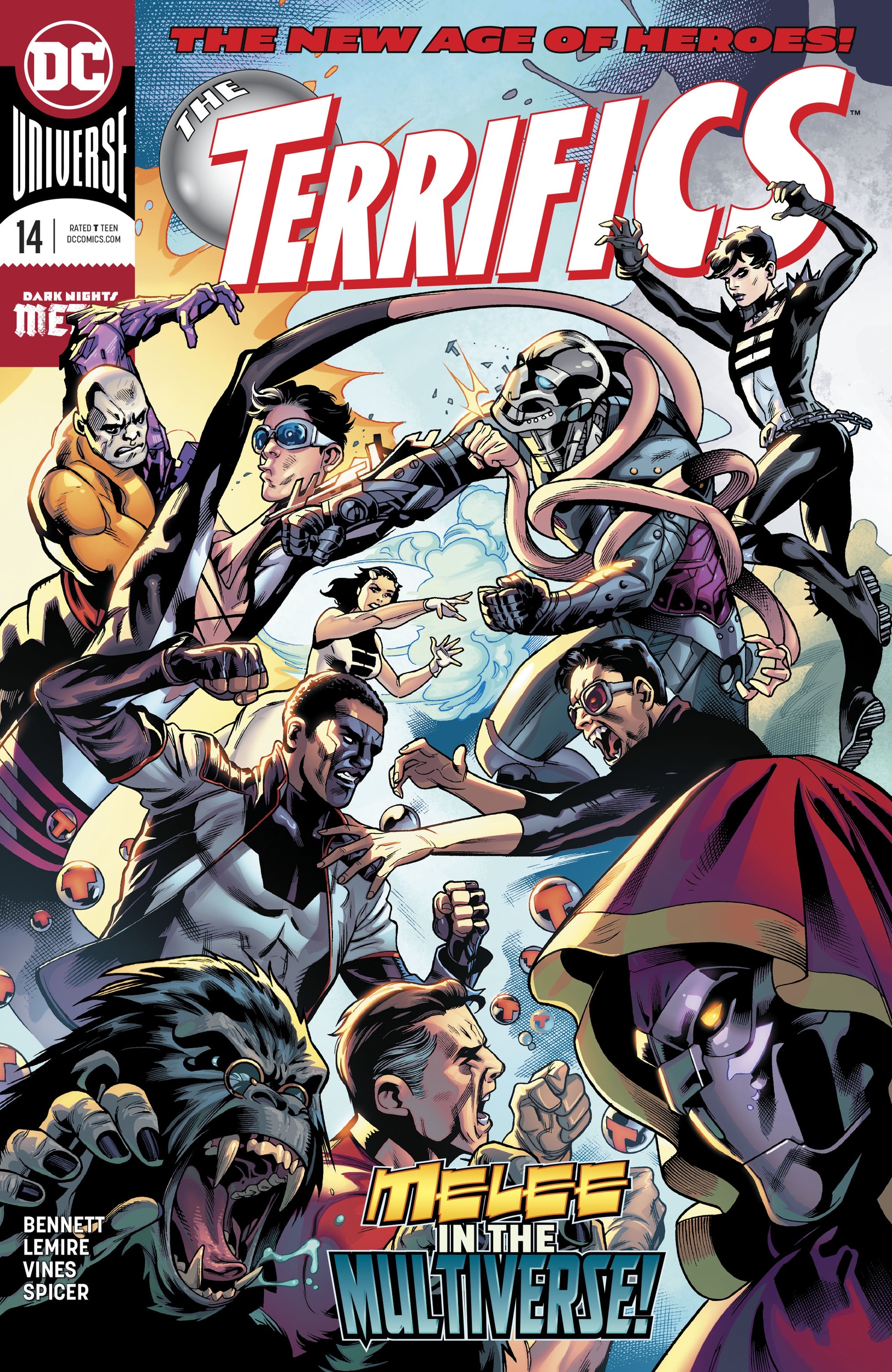 After fourteen issues, we come to the end of Lemire’s run on The Terrifics and it is a fitting conclusion to the multiverse madness: a colorful blur of campy science fiction tropes with a whole lot of heart. It’s loud, bombastic, and showcases how all of the wonderful interpersonal dynamics have evolved.

The opening page of Plastic Man and his son, Offspring, Phantom Girl, Telsa Strong, Metamorpho and Elemental Dog coming to save Mr. and Mrs. Terrific is such a well-earned moment after all of the ups and downs the team has taken since their first quantum entanglement due to the Dark Multiverse. And the quickstep into one final brawl with the Dreadfuls is par the course for a series that has frantically jumped from Earth to Earth to showcase all of the oddities of the DC Universe. 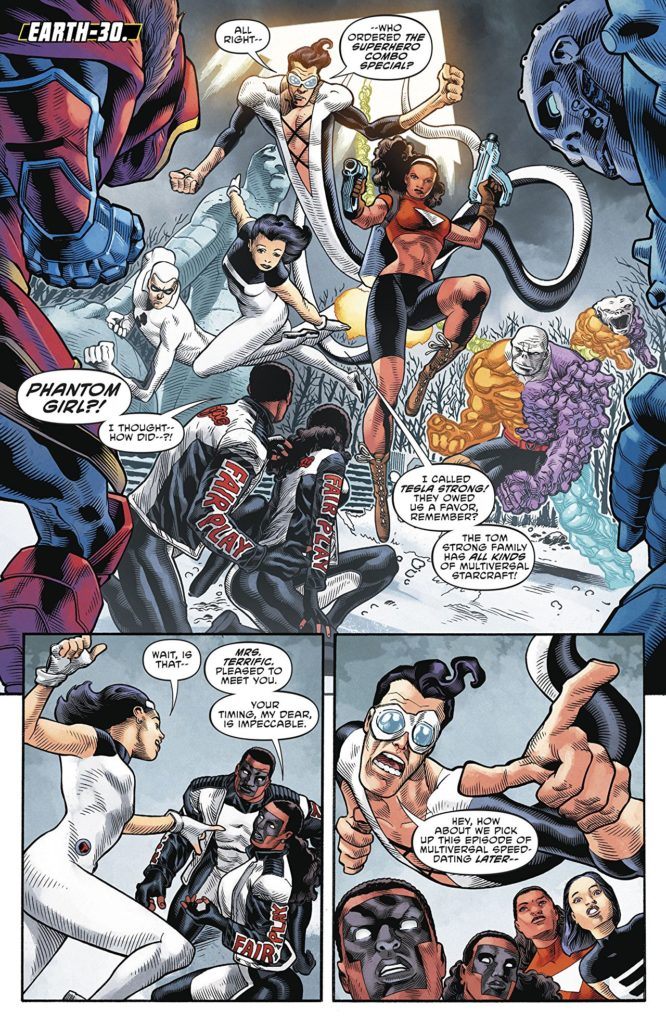 Lemire’s writing is strong, and Bennett’s gets to show off brilliant character design with increasingly frantic fights where each of the dozen characters in the fray, hero and villain alike, get to show off various special moves. It’s an action driven issue, but Lemire’s quips provide the lifeblood of the Terrifics’ cosmic humor that ends in a wonderful crescendo of over the top moments.

There’s really not much more to say about The Terrifics that hasn’t already been said time and time again during previous reviews. The series has been one of my standout picks from the New Age of Heroes. I’m going to miss Lemire, but he told his story of how a ragtag bunch of misfits became and honest to Bast found family, and he curated a wonderful cast for the next writer to take over. The Terrifics is still the comic book equivalent of Saturday, and I am still thankful for having it in my pull after all of this time. I’m looking to where the expanded team goes next.