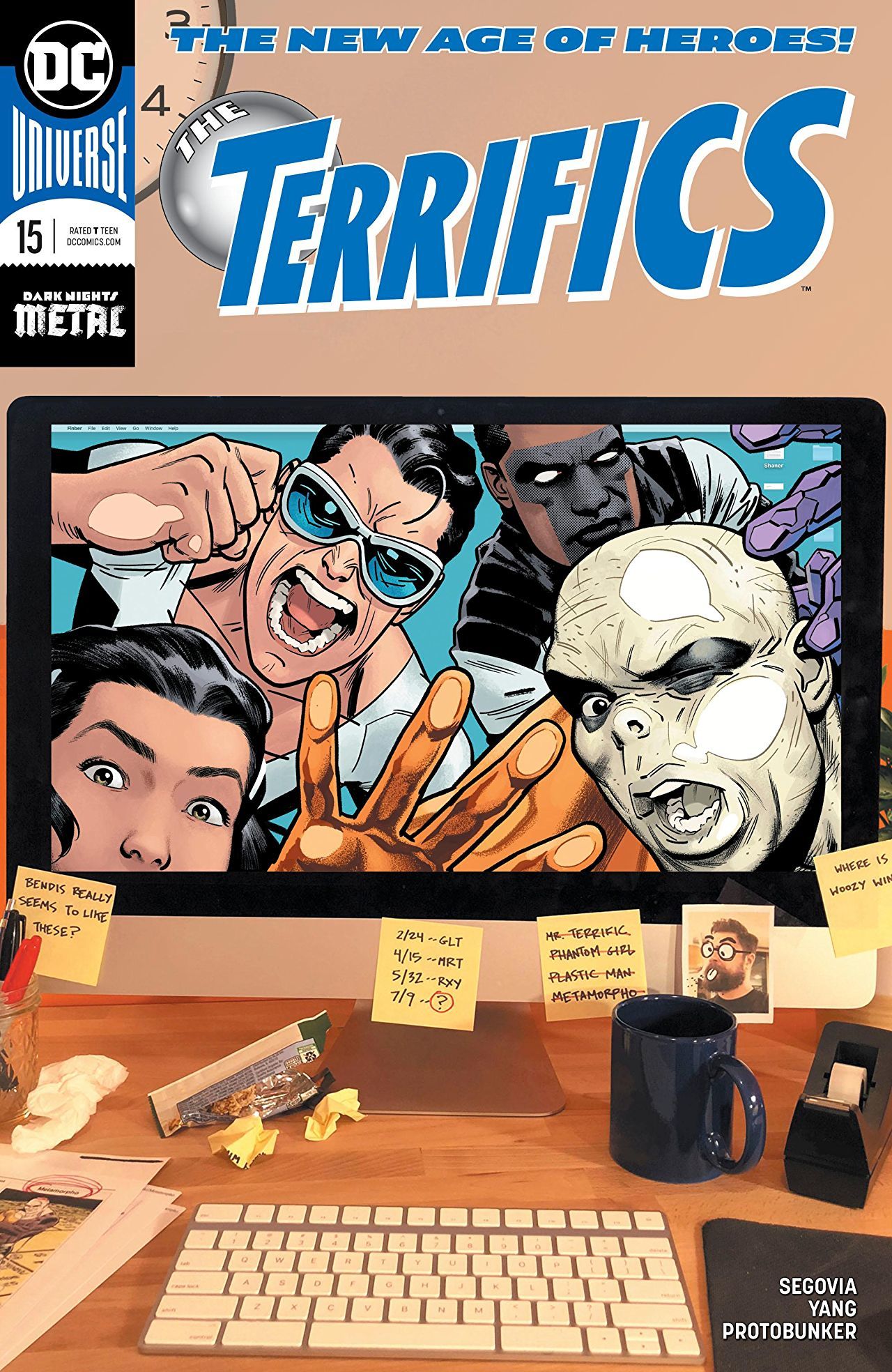 When The Terrifics Annual #1 was released, one of the stand out stories in the collection was Gene Luen Yang’s Halloween Party themed story that offered a unique perspective on the squad of characters removed from their typical dealings of multiversal mishaps. Therefore, it should not surprise you to hear that now that Yang has taken over The Terrifics for this next arc that he is bringing his A-game and having a lot of fun of testing the Terrifics in a less extravagant, but still epic, manner.

Following the events of The Terrifics #14, the team finds themselves adjusting to the new status quo, although Mr. Terrific a.k.a. Michael Holt has the biggest adjustment by far. An alternative version of his late wife Paula Holt has decided to stay in this earth, and there are a lot of confusing feelings involved with that sort of variable. Yang does an incredible job of managing the heartstrings, clearly showing the memory of lost love in the fact of a potentially rekindled one, although not without some serious reconciliation. There is talk of fate, faith, and choice and it’s all brilliantly constructed to expose on the later themes of the issue. 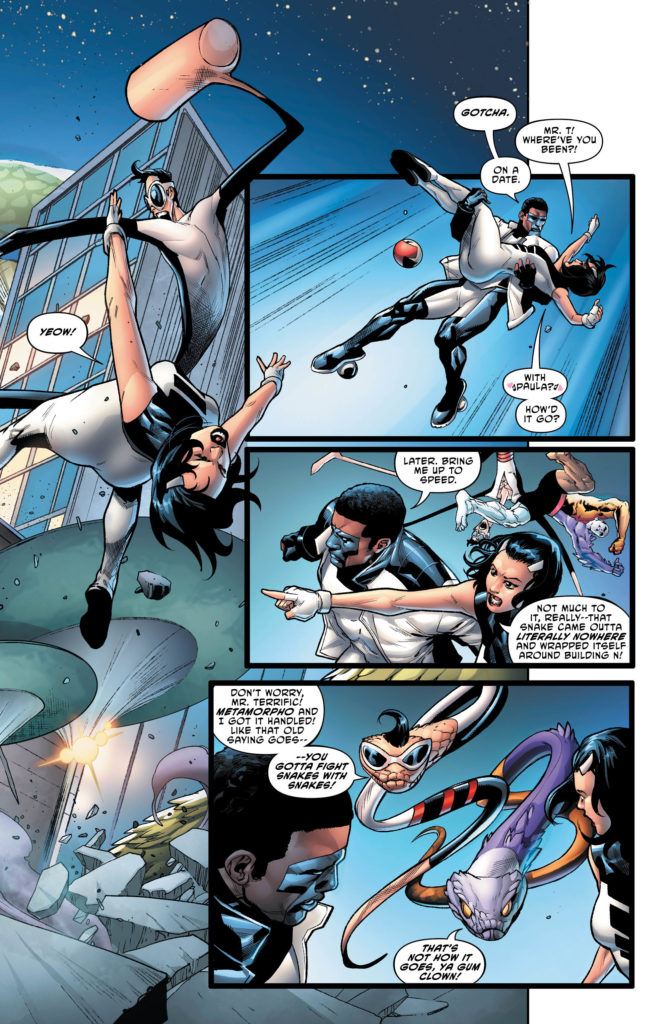 Of course, it’s not a Terrifics’s story without some sort of biblically big, brawling action sequence and The Terrifics #15 definitely has that in spades. It takes a few pages for the exact context of why a giant snake is attacking the city, but the final page’s reveal is one of those genuinely clever moments that makes you excited to see what comes next. Yang’s subtle foreshadowing and control of the narrative helps sets the stage for an exciting arc.

And then on top of all of that Segovia’s artwork is a perfect match for the Terrifics. The romantic date night, the solemnity of visiting of a morgue, the franticness of fighting a giant snake: these bizarrely different circumstances are all strung together to highlight the journey of Mr. Terrific and his ragtag bunch of misfits, and it works so well. There are a lot of emotive moments and immersive action sequences that rejuvenate the characters and the series.

If you were burned out on the previous issues or perhaps are looking for a good jumping on point, I must heartily recommend The Terrifics #15. Yang and Segovia take these fun characters and have concocted a new journey unlike the multiverse madness before, and it’s shaping up to be one hell of a ride.