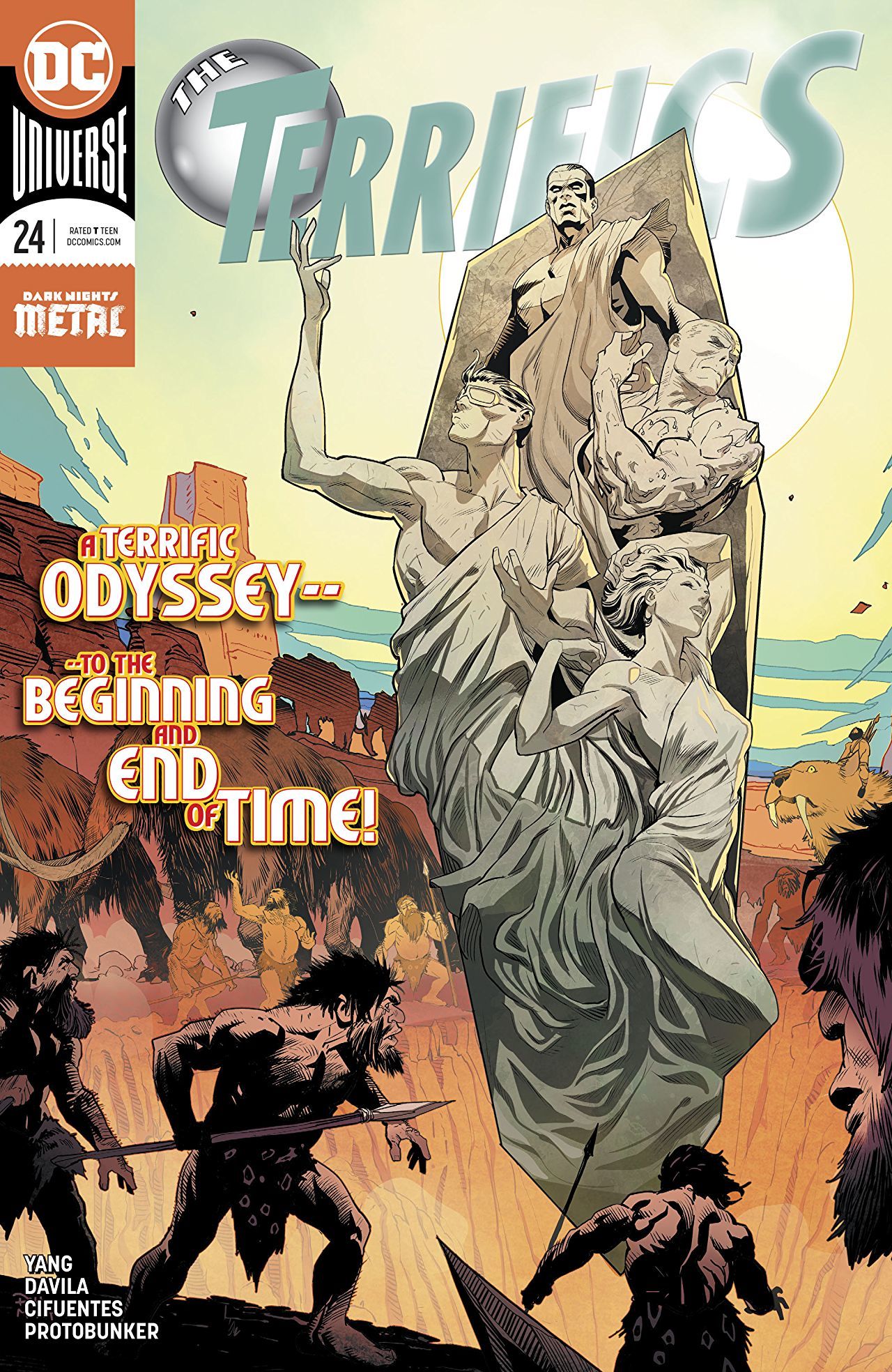 Kudos go out to Gene Luen Yang and anyone who’s been working on laying out “The One Where Bizarro Screws Up Time” arc in The Terrifics. Not only did they have to deal with the confusion of Bizarro’s backwards language, but they also went to the far reaches of all existence with time travel. Talk about ambition! 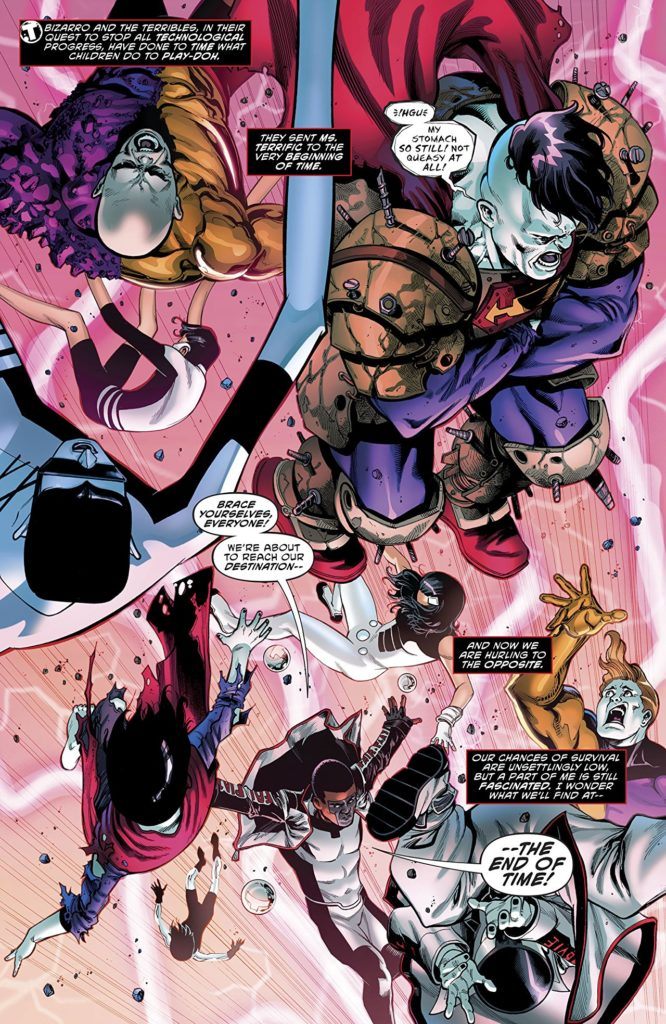 Issue #24 wraps up the arc. The Terrifics have been battling The Terribles through time as Bizarro wreaks havoc on the timeline. By now, our characters are deep into the wibbly-wobbly, timey-wimey hi-jinks and headed to the end of all existence. It appears that they’re trapped with absolutely no way out when we get a surprising return of the Noosphere, which has survived to the end of time and is surprised to see the Terrifics. As pleasantly surprised as it is, however, it can’t stop the end of all creation, which is one stretched out second from occurring.

Now, this presents an opportunity to have something ridiculous and unexplainable happen in order to save our heroes. Instead, Yang benefits from the seeds he’d planted earlier in the series and brings back a new and improved Paula Holt who can manipulate time and space to her will.

A few explanations later, and the day is saved. But only after delivering some surprisingly emotional moments between Bizarro and his son. It becomes clear that they want very different things and there isn’t much room for compromise. I never thought the phrase, “Father, if nothing stops existing… how am you and me going to be apart…??” would get a rise out of me. But here we are!

By the end of the issue, our heroes are back home and ready for their next adventure and have some new perspective (and abilities, in Paula’s case) to show for it.