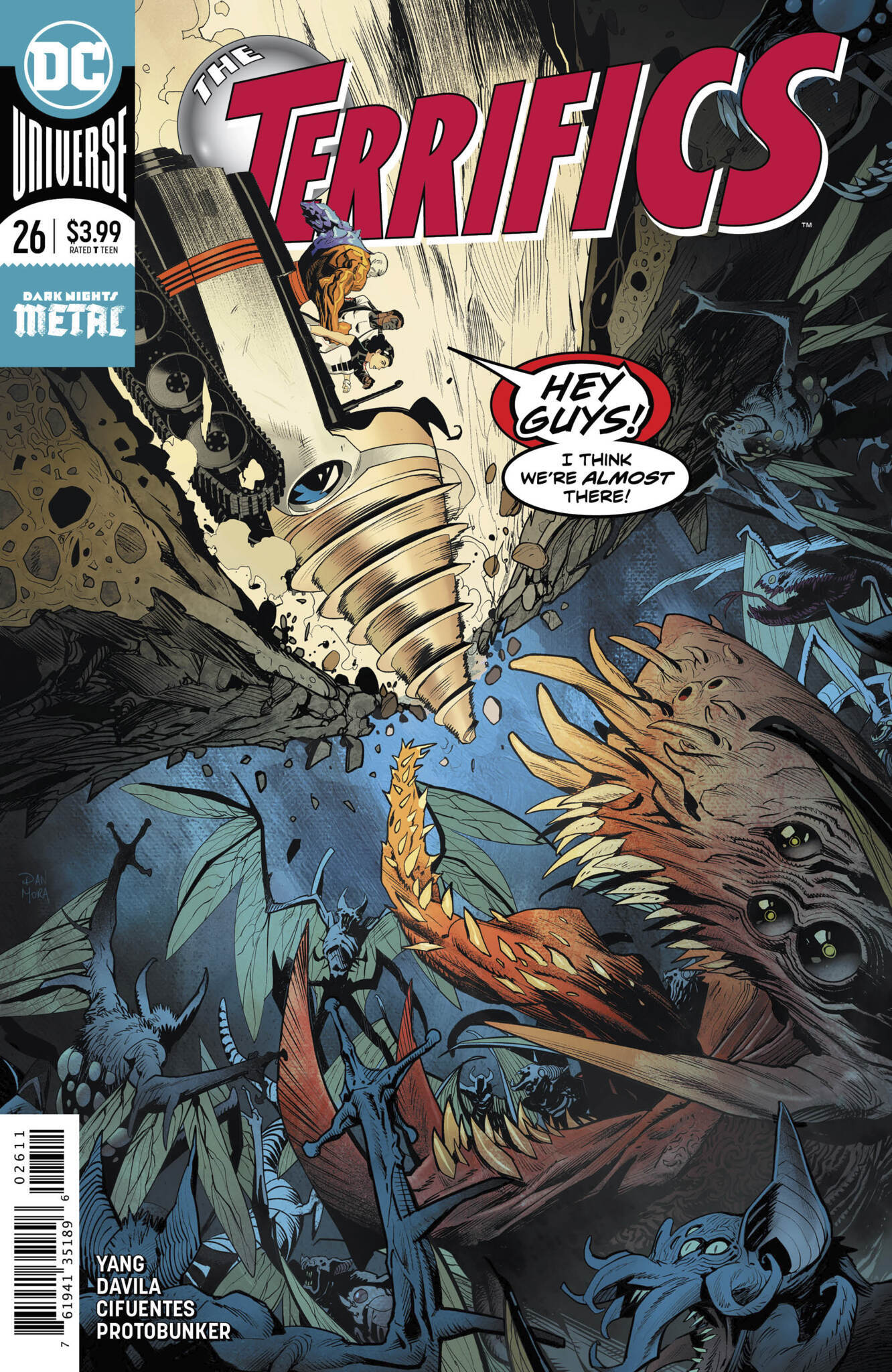 Now that the whole business with time shenanigans and what not has been sorted out, the Terrifics are no longer sharing a stage with Bizarro. While I’ll miss the very particular brand of antics he brings to the table, it is nice to start afresh and focus squarely on the titular team. Fortunately, with Yang and Davila at the helm, there is plenty of campy sci-fi adventures to be had and conflicts with Simon Stagg.

Stagg is very much a part of the Terrifics’ DNA, and his corporate greed and selfish tendencies have set off many adventures in the past. With the ominous arc title of “The Day Simon Stagg Died,” there are plenty of questions and concerns to go around in the opening pages.

After the traditional cold opening, Yang sets the stage by having Mr. Terrific and Stagg reveal a new revolution in public transit, something that most metropolitan areas desperately need. And Davilia, alongside Cifuentes and Protobunker, sells the device with a beautifully rendered holographic super train. It provides an awesome pivotal set piece as its inaugural trip meets the usual problems of an inaugural technology reveal in a superhero universe. 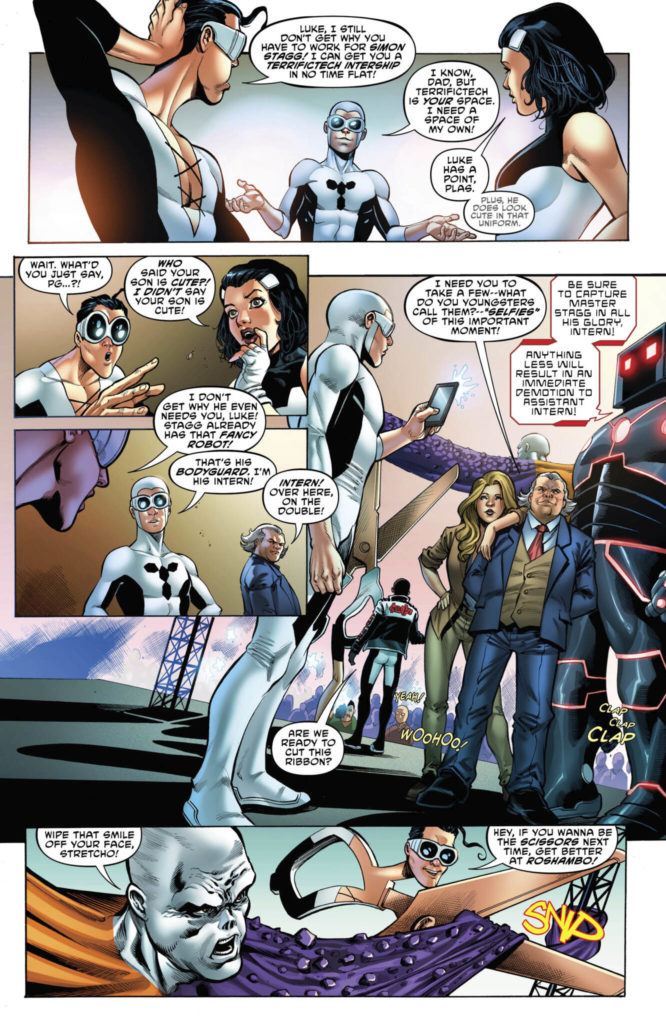 But The Terrifics has always excelled at injecting life into these familiars scenarios. The core team’s banter is still witty, and the addition of Staggatron gets a big thumbs up for me because more robots is never a bad thing.

By the end of the issue, it’s clear that Yang’s narrative is going to go in some very interesting places. Given the rotating cast of characters that the Terrifics constantly interact with, it’s nice getting a chance to refocus on the core group for an issue as a palette cleanser. But still, plenty of moments indicate that Stagg’s up to something terrible and I’m excited to see where the adventure will take the team.