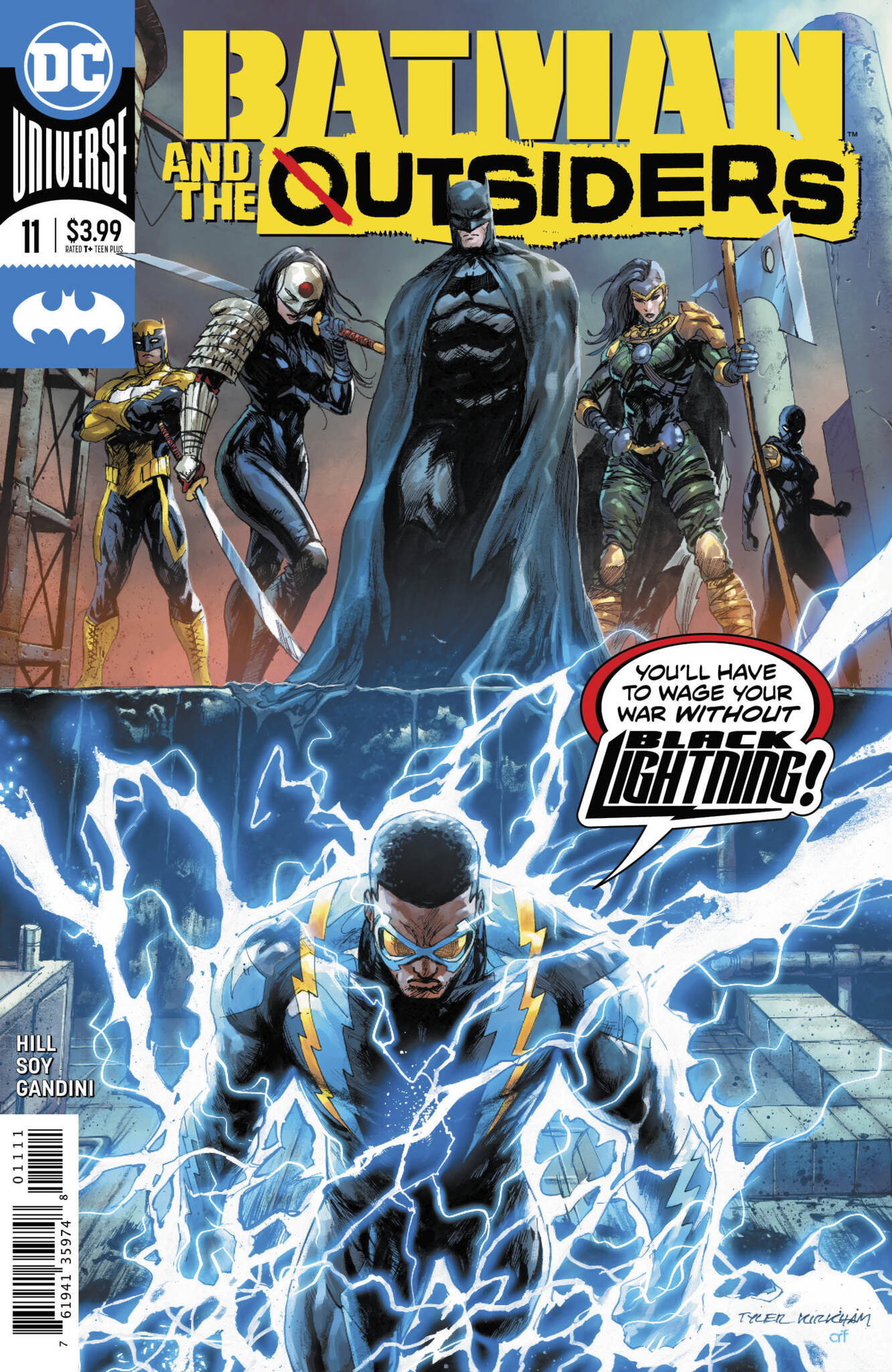 Okay, it’s been a minute since we’ve checked in on Batman and the Outsiders, but the moment you turn the page and see Ra’s Al Ghul’s hired hands opposite of the Outsiders and Lady Shiva, you kinda have to get hype.

The Demon’s Head has been playing the game over the last four issues, courting Duke Thomas and targeting Jefferson Pierce’s personal life. Cassandra Cain has had a rushed reunion with her mother Lady Shiva, and Kaliber pulled a face-heel turn which means Katana has a bit of a vendetta. And while the Outsiders are at the forefront of the battle, Batman’s in the background with Sofia trying to be the Big Good to Ra’s Al Ghul’s Big Bad. All of the miniature story arcs that have been developing come to a climactic battle, and while the arc is far from over, there are plenty of awesome moments as the multi-pronged melee commences.

You got to give it up to Hill and Soy for beautifully marrying emotional rawness with visceral physicality. Each of the three fights going on has very cleanly summarized emotional resonance captured with clean splash pages. Black Lightning wanting vengeance for his dead friend. Signal and Orphan getting their rematch with Karma. The aforementioned Kaliber and Katana duel. Lady Shiva lending assists. And the best part is that after Hill sets everything, he lets Soy do the bulk of the work, and Soy is very good at what he does. 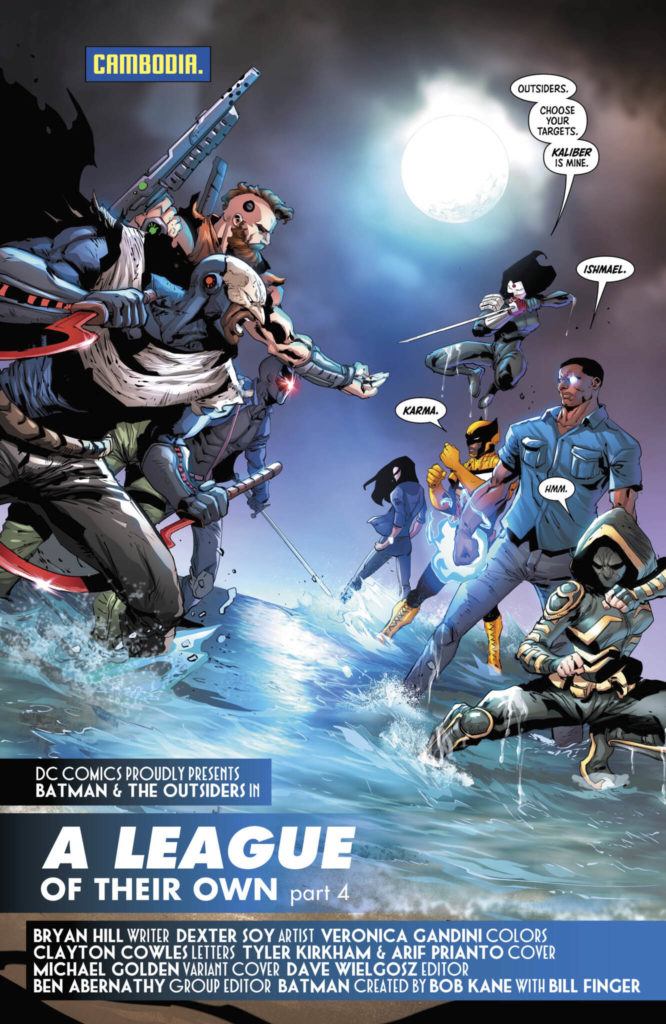 The focus of this issue is action, and Soy goddamn delivers. This is some of the most beautiful fight sequences I think I’ve seen in a superhero comic, and there is a sheer variety of combat going on. You got some of the best hand to hand fighters flexing. You got metas letting loose. And after the action, you got rising stakes that make you that much more invested in the story.

The “A League of Their Own” doesn’t put Batman and the Outsiders in a league of its own, but it does remain a very solid superhero comic that gives its characters ample opportunity to shine. Hill’s very good at imparting ethos into the script, and Soy masterfully brings it to life. As the arc races towards its conclusion, you have to wonder what the actual final battle is going to look like with all of the machinations and chess games between Batman and Ra’s Al Ghul going on, and I’m ready for it.