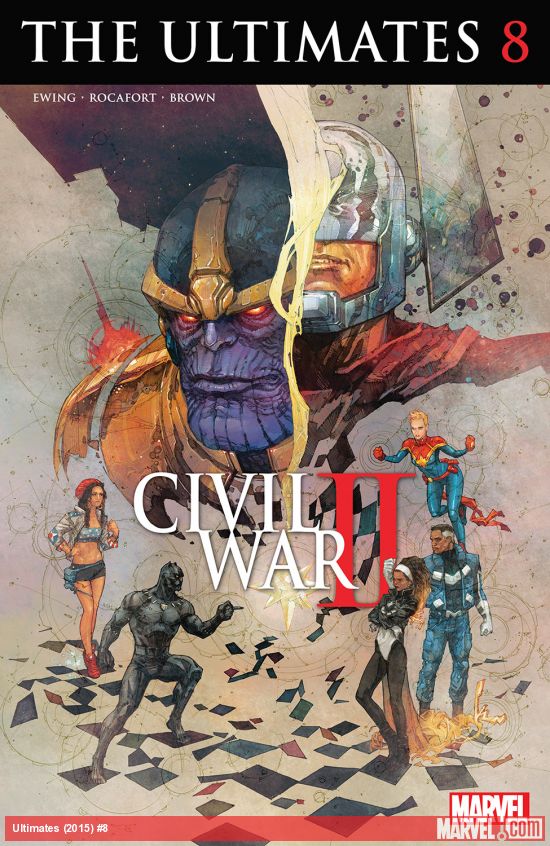 Civil War II finally hits the crew and shit is not pretty. Issue eight of The Ultimates is awesome as we see the heroes gather to heed Carol’s call of troubleshooting the universe and shutting the impossible down before it comes to harm anyone. Carol first talks with T’Challa and it looks so damn good. Ewing does a great job of giving T’Challa this ruling air about him that’s well deserving and isn’t bred out of arrogance. When we see Carol conversing with T’Challa, the level of respect is also evident between these two character who come from completely different factions but recognize each others’ strengths. 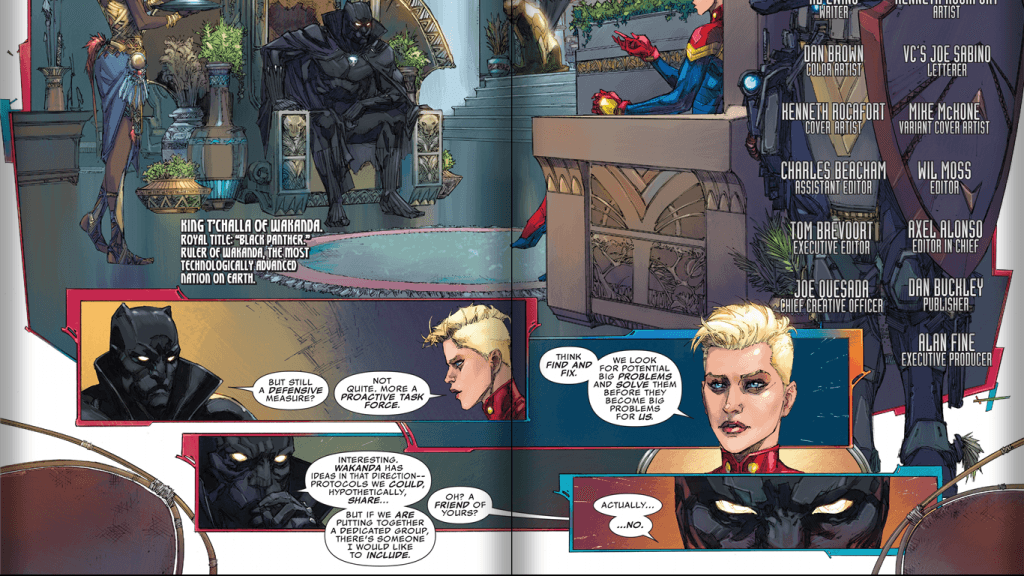 What I really love as the running gag is how the team is put together by Carol recruiting people suggested to her. T’Challa suggests Blue Marvel, who suggests Monica Rambeau, who suggests America Chavez. I like that Ewing has the members deciding or suggesting who should be on the squad and Carol taking their word for it with no push back. The rest of the issue deals with the aftermath of the shit show with the battle with Thanos. We are seeing that stopping events before they happen (as the whole, Civil War II is mostly about that) can still wield unfavorable results as we saw with War Machine.

Rocafort does a great job conveying the somber mood that The Ultimates have after their battle with Thanos and having to deal with a loss on their side. The best moment of the book comes as we finally see the Monica and Adam ship set sail (Yes, I will only ship this!). 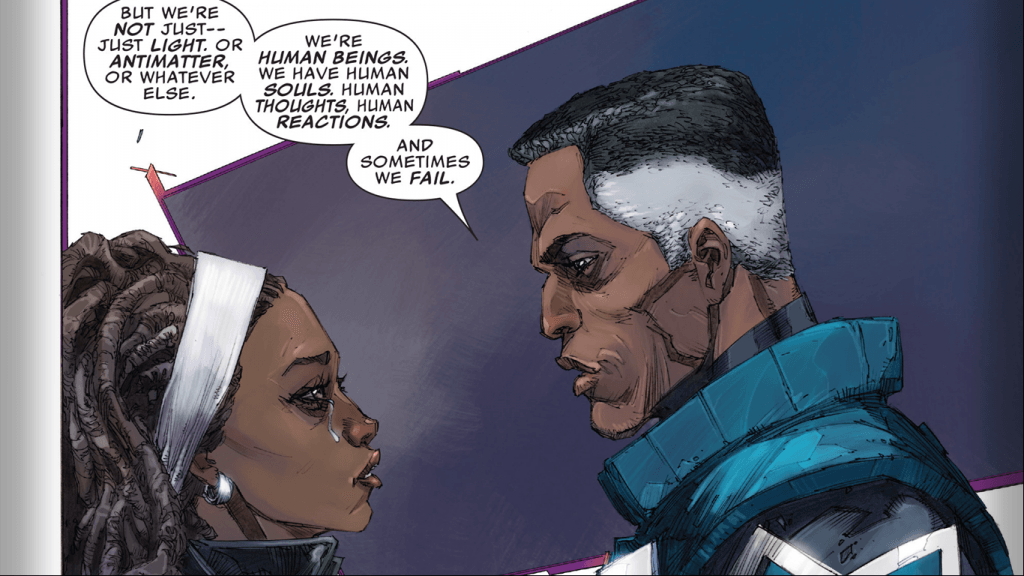 We’ve yet to see how this second Civil War will split the team down the middle. Ewing has showed them to be divided on certain ideologies of a smaller scale but this could be the team’s first big fight. That take’s some serious skill from the creative team, and we’re luck as Ewing and Rocafort are just the team to get that job done.