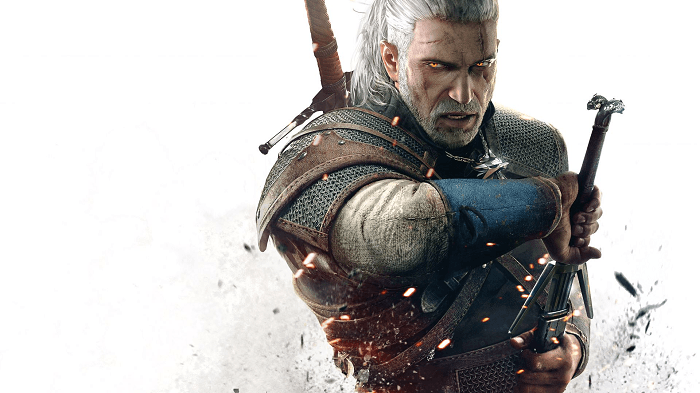 I remember when games were announced and shown at E3 2014. It turned out that the hype was confirmed for Dragon Age: Inquisition. The game was going back to it’s “Origins” roots, but the developers had learned more about game design from the sequel to make this new installment truly memorable. And as great as Dragon Age  is, I had my eyes on another mystical open-world game that would be dropping of a half a year later. After playing The Witcher 2  multiple times for the multiple gameplay branches (not just endings), the hype around The Witcher 3: Wild Hunt  was at a fever pitch for me personally. Especially since it was going to be an open world and especially since all the early footage had that “this can’t be the real fucking game, can it?” look to it. Well, it’s here. It’s glorious. And it’s almost too much.

Let’s address the world first. Wild Hunt  is huge. Like, “you don’t realize how big professional basketball players are until you see them in person, my God how is Shaq even possible” huge. When it advertised just how much larger it was than The Elder Scrolls V: Skyrim, that wasn’t hyperbole. There are towns in Wild Hunt  that are bigger than some regions in Skyrim and, lest we forget, Skyrim has never been described as small or limited. The challenge of creating a huge open-world game isn’t the physical real estate or sandbox you build, it’s filling it.

Well, even as big as Wild Hunt  is, it still feels like it’s bursting with activities. They aren’t always wholly original from each other, but they are there and they are consequential. Whether you have picked up a side quest off the notice board in a small town, or ride your horse “Roach” towards a question mark on your map, you will not run out of things to do. Well, you kind of won’t, but I’ll elaborate on that more later on. As far as the aesthetics of the areas go, they are taken from the same pallet but still offer some variance between locales. You begin in more flatland areas in White Orchard, spend a ton of time in the huge city of Novigrad, and eventually make your way to the Skelliege Islands that are dominated by bodies of water and hilly terrain. The fast travel has never been more necessary for a game and it’s here for sites that you’ve already visited, but you’ll still find yourself riding Roach across a vast landscape between locations. And it looks, really good. Before Witcher 2  debuted (originally just on the PC but for the XBOX 360 later) it was notable for having some pretty crazy PC requirements to run it maxed out. It wasn’t playing, but it wasn’t for nothing either. The Witcher 2  was gorgeous and even while Wild Hunt  went multiplatform, the same graphical quality was expected for this release. Playing on a PS4, it is a gorgeous game, as you might expect. With lots of focus on texture, modeling and draw distance, there are times where it looks like a still painting. But technically, it’s not a flawless game, not by a longshot. Like many open-world games, it is quite buggy. Moments of clipping, seeing the Witcher Geralt standing on top of someone while talking to them, long load times, and slight graphical slowdowns happen frequently throughout the game, and when you play a game for close to 100 hours, those things probably slide to the background at some point. But even if they don’t derail or slow your experience of the game, they are there, always part of the gameplay.

I’ve already gone a long time without addressing my favorite part of this game, and really the Witcher  series, the maturity of the storyline. You can tell the big AAA titles that are built as kill boxes with story sprinkled in between the blood spill (sorry it had to be you, Destiny), and the games where every part of the game is in step with the story it is trying to tell. Wild Hunt falls into the latter category. For those that aren’t familiar with the story, the very barebones plot is this: You play as Geralt of Rivia, a legendary Witcher. Witchers are a clan of mercenaries essentially. They were once humans, but at a young age underwent various trials and mutations that are said to strip emotions and make them hardened k_llers. Their main job is as a monster hunter, taking care of the average citizens monster problem for a fee. They can bear no children and take no spouse, so their attachment to people or lack thereof is omnipresent in your travels. In this particular story, Geralt has been traversing the land doing his job, but also looking for his lost love, Yennefer, one of the most powerful sorceresses out there. In Wild Hunt, Geralt’s priority moves to finding a young apprentice, Ciri, who is being pursued by the Witcher’s greatest enemy, the Wild Hunt. There are a ton of characters, allegiances, and favors you will have to balance throughout the game and it all makes for good causality in how you go about your business. Most times, when given a choice, you will feel the ripple effects in that mission or much later in the game. An example came when I was faced by numerous (dangerous) monsters at one time because of the reputation I had gained, but they were reluctant to attack me because I had spared numerous monsters like them previously in the game. Unlike many RPGs that trumpet that your decisions have impact, in this game they often come up swiftly and frequently, not just in the endgame sequence. But that doesn’t mean that Wild Hunt  skimps on the ending. There are reportedly over 30 different ways that the game can end, all including the fate of the main characters, how the war ends, who wins independence and of course, what happens to Geralt. These aren’t just surface footnotes either, these really do feel like the culmination of the many hours you put into the game and serve as a satisfying finish to Geralt’s story.

As far as the interface goes, none of the Witcher  games have been simple to keep inventory, abilities, or quests straight. You really need a masterclass in RPG, but the Wild Hunt  features the best and most refined version of it. There are a lot of options for how you fill out your character’s abilities, in an almost frustratingly vast way. Sometimes the difference between having a decent character and a complete badass is if you figured out the right potions, oils, or mutagens to apply and when. It takes a lot of time to get down, but once you do, you will spend a lot of time figuring out how to upgrade Geralt with every experience point and every new piece of armor gained. 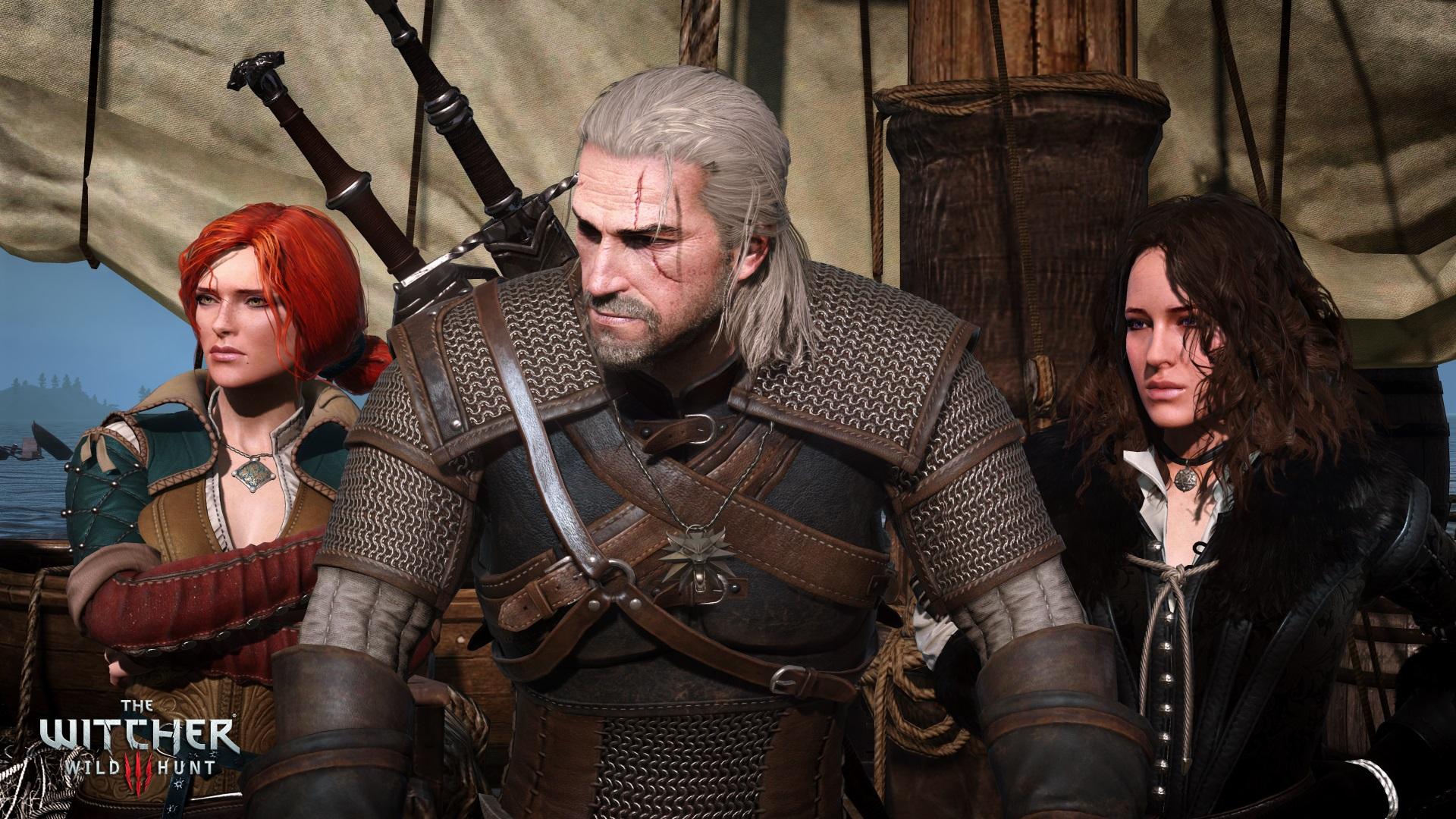 As I alluded to before, one of the small complaints I have about Wild Hunt  is that the game is almost too big. But maybe that just applies to the completionist in me. You can probably play this game for 200 hours if you want to get everything done (which doesn’t even include the big DLC that is yet to drop). After about close to 100 hours personally, my game is still scattered with question marks and exclamation points indicating missions and points of interest I haven’t explored. It also isn’t beneficial to put a mission on the backburner. Let’s say if you wait on a side mission at level 8 and want to come back to it when you’re level 15, the rewards for that mission will be severely diminished. Essentially, if you don’t do missions while they are a certain range of your level (if you’re level 20, the low end of that range might be 17 or 18) then they aren’t worth your while from an experience standpoint.

The Witcher 3: Wild Hunt  is the culmination of a pretty large vision that began with the release of the first game in 2007. The scale is almost unprecedented, the gameplay is top notch, and the storyline (along with the voice acting) is at its worst very good and its best operating on a different maturity level than most games. In the Holiday season coming up this will surely be on everyone’s Game of the Year lists, with plenty of consideration for the top prize.