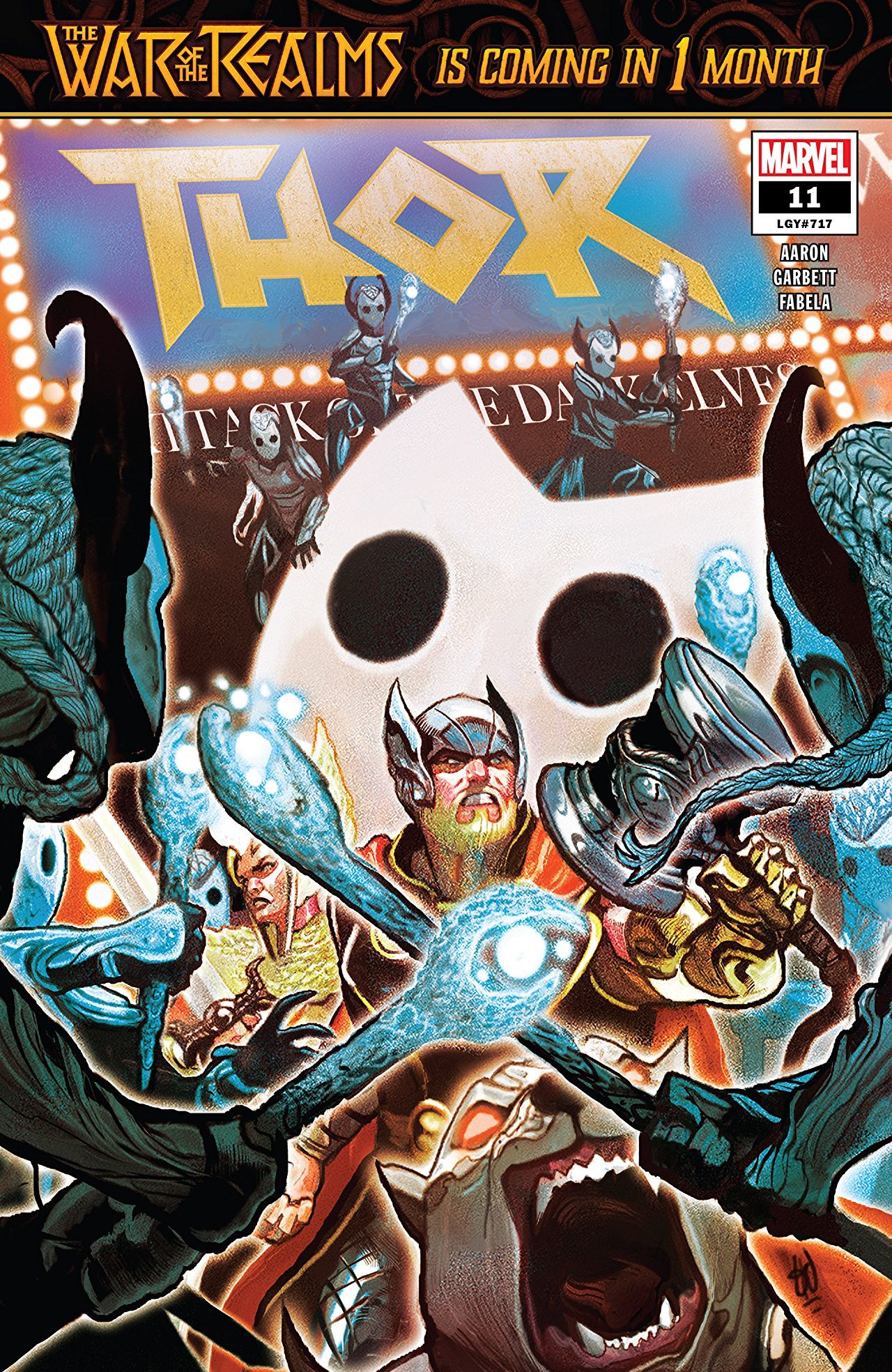 As Jason Aaron’s tenure writing Thor nears its end culminating in War of Realms, his current Thor book feels more and more like the final season of your favorite television show. Issue #11 spins a lot of wheels, POV-wise, but the main focus seems to be on Thor and his relationship with his mother. Lady Freyja finds Thor laser focused on galvanizing all of his resources in advance of the carnage to come (courtesy of Malekith and his dark alliance) and feels compelled to remind him of where his most powerful weapon lies.

The rest of the book is divided up amongst other hanging stories within the God of Thunder’s supporting cast and mostly handled well. The main problem (and it’s not a big one) is that there’s only so many pages in an average comic book and while all the POVs were handled well enough, they honestly all deserve a little more panel time to bring them all full circle.

Guest artist Lee Garbett does mostly clean, impressive linework, but didn’t quite capture the scale of this story for me. I mean, you have a character that dives into the heart of the sun and beats back tsunamis on the regular. And yet the scenes just didn’t feel as grand in their delivery as the script seemed to intend. 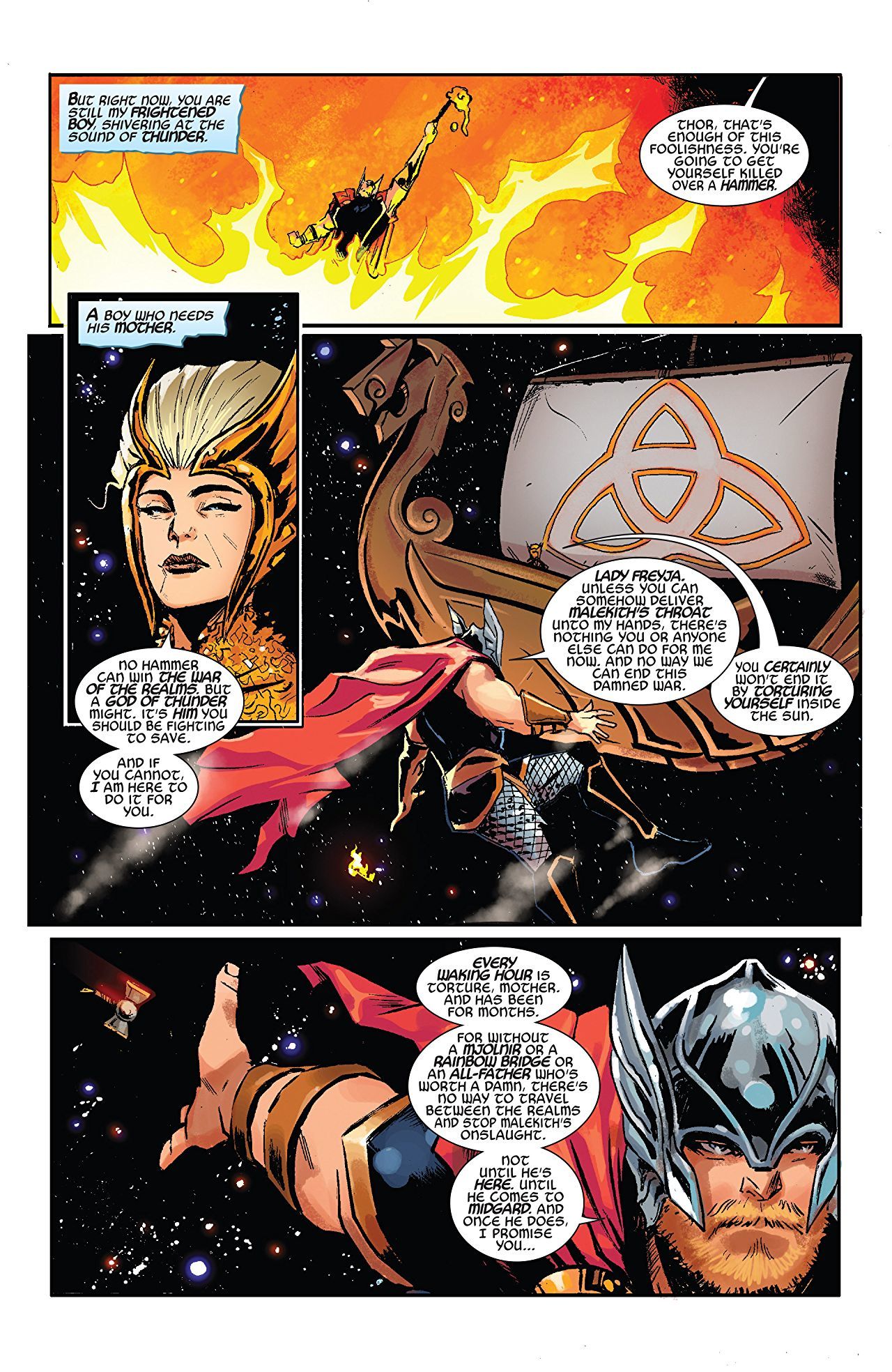 Bottom Line: The visuals didn’t look as epic as they could have and the plot points could have used more time (partiularly Jane’s), but it’s mostly still a strong book that’s more than worth your time and money.