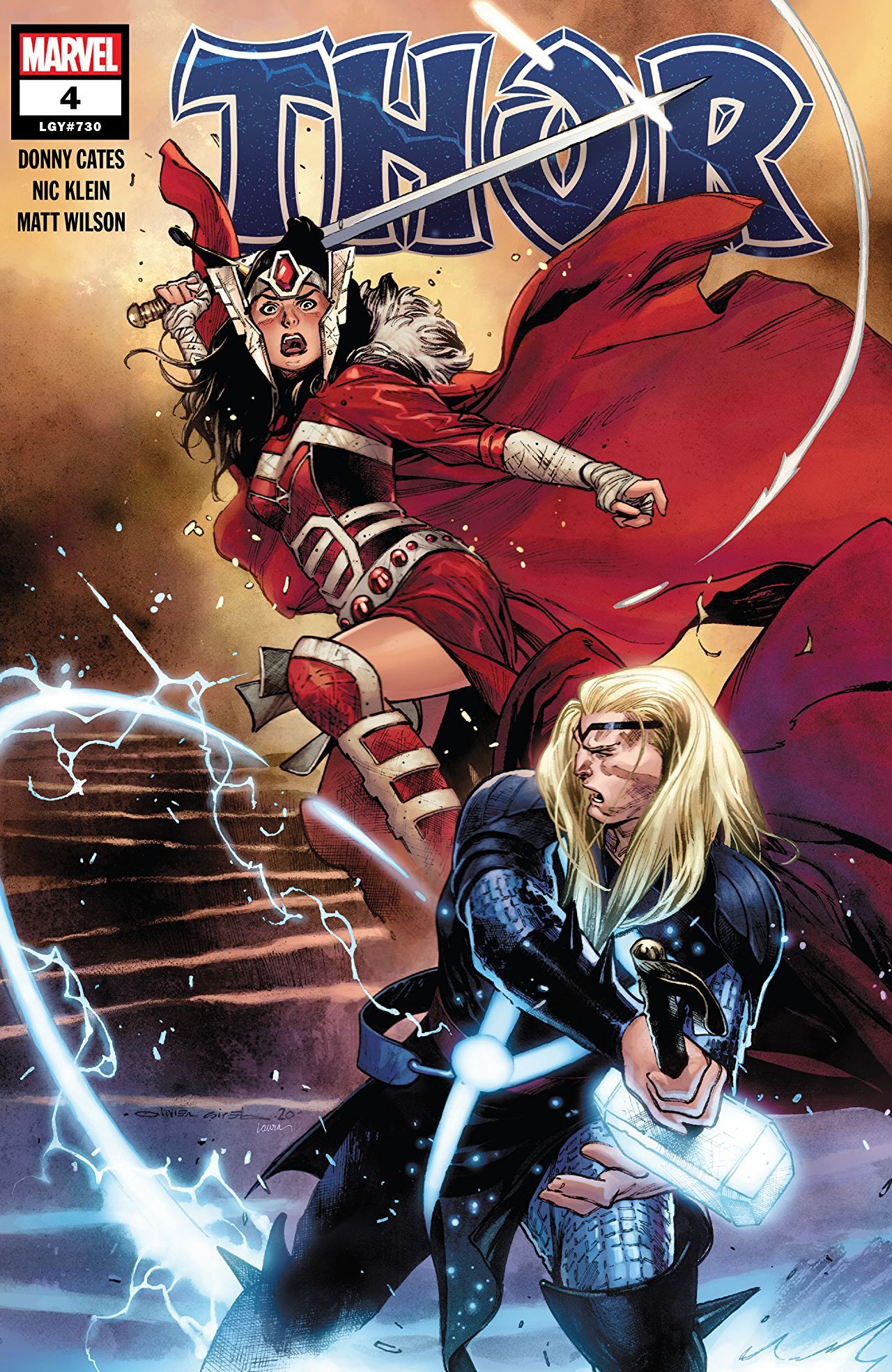 After beating the breaks off Beta Ray Bill, Thor is close to annihilating his whole existence until Lady Sif intervenes spewing potent and poignant BARZ! Thor mad she’s speaking out the side of her neck and protecting Bill but all it takes is a deep cutting “YOU ARE NOT YOUR FATHER. You’re better.” to snap him back to reality. Beta Ray Hurt and his savior get dismissed before Sif sends his incoming hammer right into the living room of Loki’s crib.

I loved the way Nic Klein had dude straight chillin on his ice throne like the Night King when WHAM! Mjolnir flies through the frozen wasteland of Jotunheim and crash lands at the trickster God’s feet, producing an impeccable befuddled look of fear and excitement. Everything that Cates did with this scene was gleefully fun. Not only does Loki find himself on the other side of a possible trick, trap, or test but he has the gall to actually say fuck it and give the hammer lift a shot! His reaction is incredible, but it is also short lived as Thor calls his trusty weapon back to him; Mjolnir is in and out of Loki’s life in a flash. 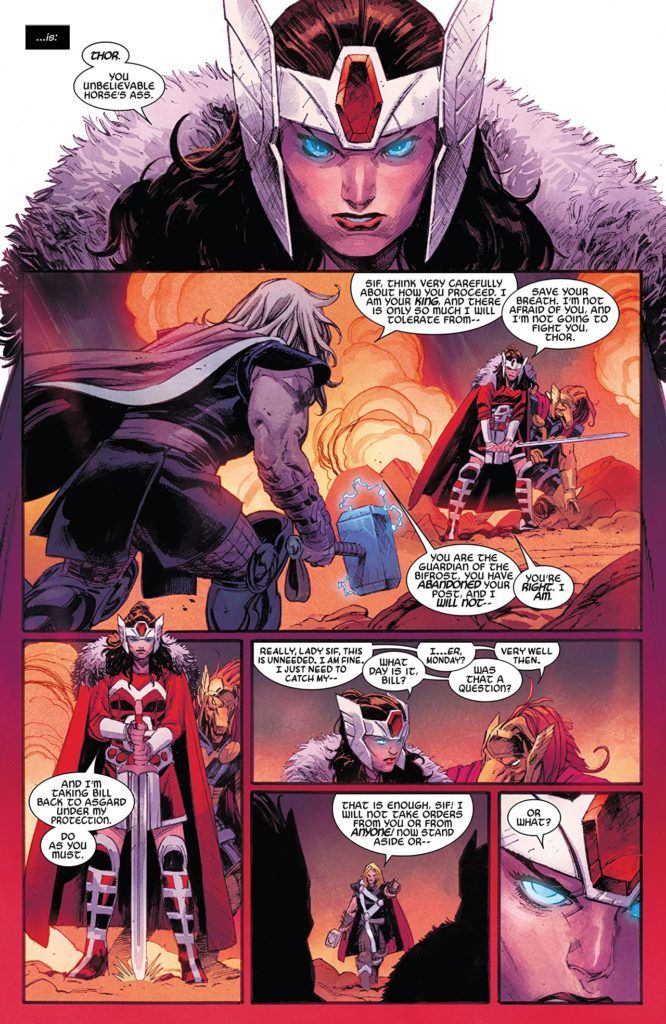 Back on the planet devouring side of things, Thor and Galactus have 4 more worlds to visit. The inclusion of the inhabitants of each world were really cool scenes, even though we’re offered but a glimmer of insight into the details of each form of sentient life. Cates and Klein mesh well to give us two sides of this story. On one hand seeing Thor become a herald of Galactus will go down in history, and on the flip side seeing Thor come closer and closer to becoming the true Devourer King is so disheartening.

After a conflict of ideals regarding the 5th and final planet, Thor makes a promise to Galactus that I’m really excited to see go down. “When the winter is clear. You will answer for the people of Kyro. And for all the lives you have stolen before it.” Until then Thor, until then..

While this was the first issue of Cates run that didn’t feature a jaw dropping, hall of fame worthy opening page or 2, he really came hard in the emotional moments of Thor #4. Seeing Sif stand up to her King was so powerful. Seeing Thor blind himself in preparation of Winter’s arrival and crying at the loss of life before him was humbling. Sure, this issue wasn’t as great as the first three, but Thor keeps coming hard each month and #4 is no different.