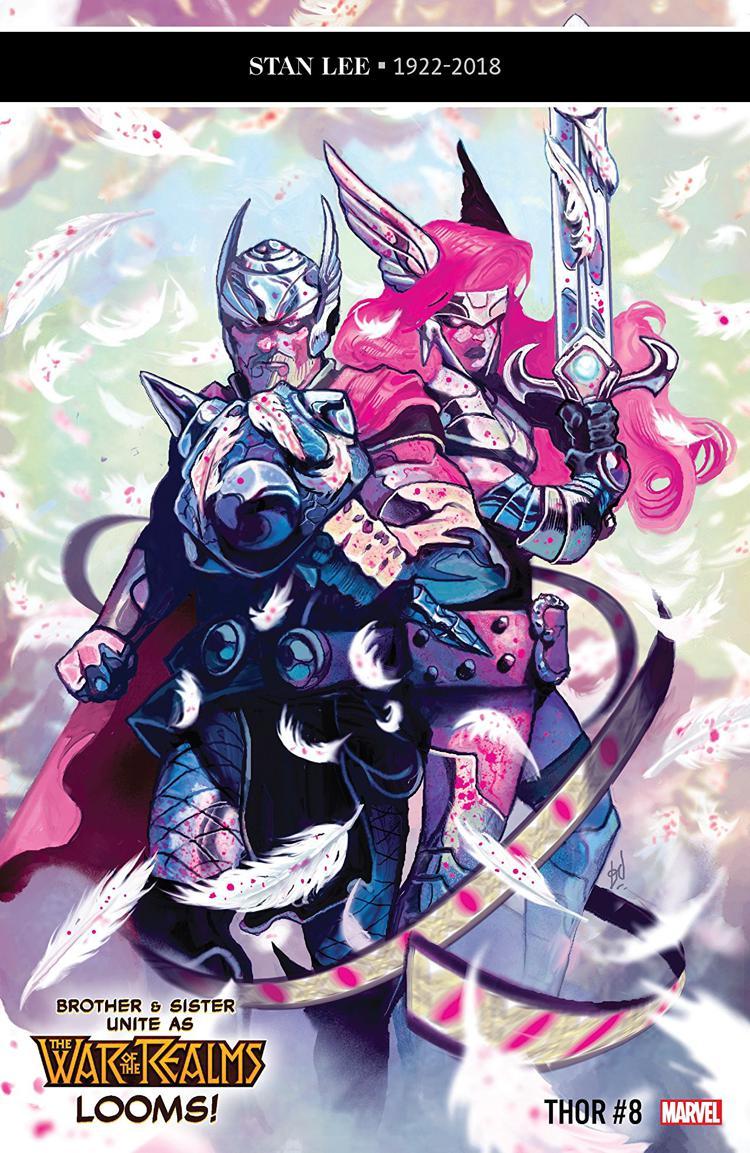 As the War of Realms draws nearer, Jason Aaron is adding copious amounts of tension to his Thor series. We’ve seen very little of Malekith in recent issues and yet you can feel his legions nearing with every look of concern on the faces of Thor and his ilk. Issue #8 does a pretty good job of giving a lot of the supporting cast panel time as they all seem to be preparing for the battle to come.

It’s nice to see his exploits in Aaron’s Avengers book crossing over even if it’s on a superficial level so far. It proves that a Thor book can still work when applied to the rest of the Marvel Universe. The Black Panther can show up at the door and it not feel corny. The Avengers can have a team meeting about Thor without it feeling shoehorned and unnecessary. And still, the lion’s share of the book is dedicated to Thor and Valkyrie infiltrating one of the ten realms to figure out how to access the rest and also recruit an old ally. 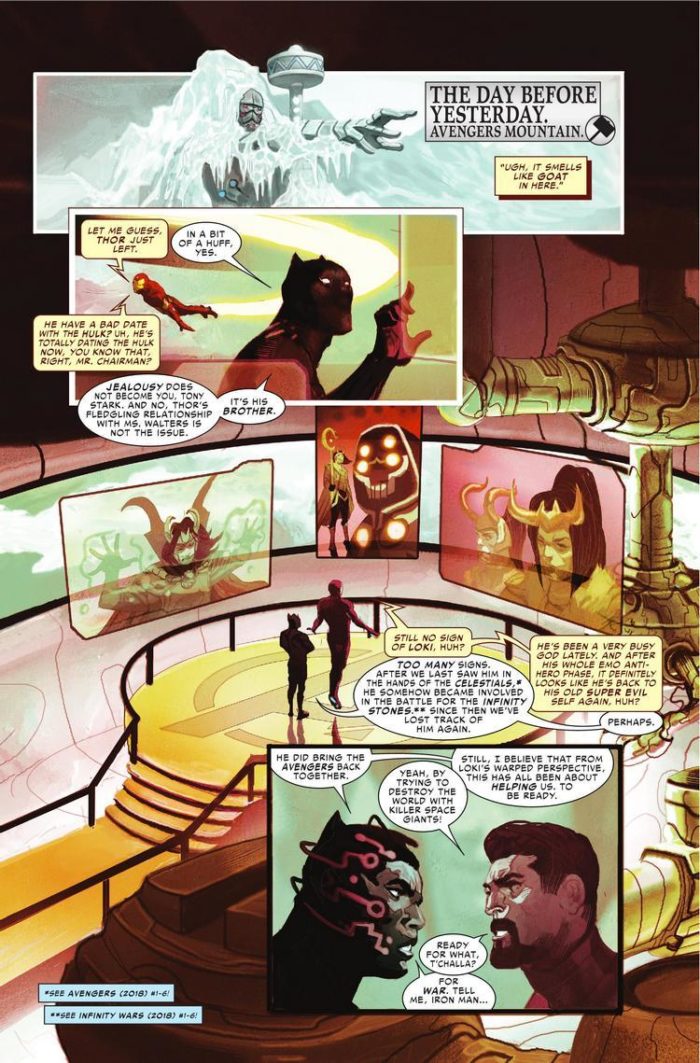 Part of the appeal of this phase in Aaron’s Thor journey is that Thor feels very breakable and flawed. The book challenges him without ever making the mistake of understating his power. The script walks this tightrope effortlessly and gives phenom artist Mike Del Mundo plenty to work with. There’s so much well-paced energy coming out of every page. Each panel explodes and races and soars through the script like Cap running laps around Sam Wilson.

Bottom Line: For a story about a god, this book is absolutely at its best when it’s vulnerable and human feeling, something Aaron has mastered during his Thor run. Yet another brilliant, well-paced issue with a strong, developed supporting cast. Well worth the four bucks as usual.

8.5 Tom Hiddleston body pillows out of 10