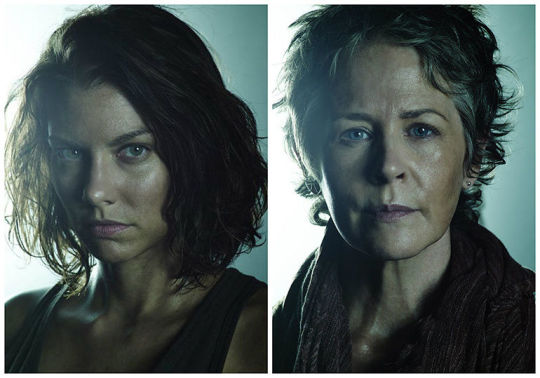 [dropcap1]W[/dropcap1]e all have demons. It’s part of being human and alive. One of the shittier parts, if we’re being blunt. To imagine that the impulse towards introspection might diminish or disappear in the Walker era is to imagine humanity fundamentally changed. And yet, it’s easy to imagine. Perhaps because the show has, for the most part, been successful in its world-building. The peril is communicated effectively enough that I can imagine myself killing the walkers. But that’s the easy part, isn’t it? We, the zombie-loving audience, tune in to see the gore.

If you’re like me, this wasn’t your first foray into the zombie apocalypse – and it won’t be your last. You knew to shoot for the head. You knew that to be bitten was to die a slow death. You knew to avoid the dark places, the closed places. To be quiet.

The hard part, then, is making an audience member root for a living being’s death. And I cannot count the number of times I’ve thrown my hands up in frustration when a human was not killed – or not killed quickly enough. *cough* Jesus when he stole that truck *cough* And if I can root for someone to die, it’s not a far leap to imagine myself in the situation… killing. Because the stakes are high, the consequences are clear. You don’t kill Ron in the garage, you lose your eye. You don’t kill the Wolf during the siege on the town, Denise gets kidnapped. You don’t kill Nicholas, then Noah dies. It’s easy to scream “Shoot him” or “What does she have to do to get killed?” when you mentally insert one of your tribe for one of the Alexandrians.

What is murkier is what all that killing might do to us. We got a taste of it with Sasha [shudders as I think about lying in a pile of zombies.] But in “Not Tomorrow Yet” and “The Same Boat” the ante is upped.

Characters are not only continuing the line of soul searching begun with Sasha, but are essentially having conversations with themselves (as enacted by in-universe foils and doppelgangers).

As the group arrives at the Saviour’s outpost, Rick and Father Gabriel talk briefly about the plan before Rick asks, “Why are you still wearing that?” He is referring the Gabriel’s collar. Before we get to Gabrielle’s response, let’s take a stroll with the ghost of seasons past: this dude was wearing a deputy’s hat for-fucking-ever. A hat, mind you, that he didn’t lose or throw away, but gave to his kid. Who is still wearing it.

So, really who is Rick questioning here?

Gabrielle’s answer is less direct, but still points back to Rick. “I’m still who I was… I think,” he says. Is Rick still a decent person? Are we to excuse his behavior because we can understand it? Is he the manifestation of what we all be forced to do. Is his fundamental character unchanged despite his hearty five o’clock shadow and wrangler jeans?

Before you answer that, let’s remember that between the last two episodes, he punched a severed head repeatedly in the face and shot a man point blank because… um, well, on that last one I’m not actually clear. (Even *if* Primo was Negan, wouldn’t questioning him be a good idea?)

Similar exchanges happen in the most recent episode, but with a deeper level of probing. Maggie, whose pregnancy is public knowledge amongst her captors (thanks Carol!), is faced with Michelle, the low-level shift supervisor of the kidnappers. Michelle is tasked with extracting the location of Carol and Maggie’s camp. What is striking is that at the start of the interrogation (which only happens after Maggie intervenes in a physical altercation between two lovers/bedmates), Michelle states matter-of-factly, “You are not the good guys. You should know that.” It’s important to remember that Maggie’s group just broke into a compound and killed its inhabitants. Technically, those people hadn’t done anything to the Alexandrians. They threatened to; they intended to, but they didn’t (high fives Abraham and Daryl for finding and utilizing that bazooka!).

Michelle unwraps a bandaged finger. It was cut off for stealing. She stole gas to go look for her boyfriend’s body. A body that was “blown up – not much to find.” (high fives Abraham and Daryl for finding and utilizing that bazooka!). So, um, this just got awkward in terms of ethics and moral high ground.

Michelle reveals, then, that she was pregnant. Frankie was “what [she] was going to name the baby.” That’s a horrible use of the past tense if I ever heard one. I mean the baby, the boyfriend, and the finger.

Both women were on the verge of motherhood. Both women tried to look for their missing partners (remember Maggies TMNT sewer adventure with the javelins?). Both women know that the other is going to die today. There but for the grace of god go I. Michelle is, after all, the one that asked Molly to stop smoking around the baby, so she’s at least a moderately okay person. Just like Maggie.

And, Carol – a version of Carol – talks to Paula.

Carol at this point is “a nervous little bird.” A woman who hyperventilates. A woman who clutches rosary beads and a cross. A woman whose voice is paper thin and apologetic. A woman who can be reasonably asked, “how did you make it this far?”

And there it is: the weak, the nervous, those unwilling to kill are, the living assume, all dead. Because the world cannot tolerate them. So when Paula says, “I see exactly who you are” I wondered if Paula could see the real Carol.

But the more important question is, who is the real Carol? The Carol who cries? The Carol who looks away and thinks of a sympathetic response when Paula says “ok I can see you killing our dudes while they were jacking you for your shit, why you run up in our house in the middle of the night?”

If I had to bet, I’d say that the real Carol peeked out exactly twice in this episode. The first was when she, smoking a cigarette, mumbled to Paula, “You don’t want me to stick to my principles.” The threat there is palpable. But Paula thinks she’s talking to a weakling, not her equal.
Paula then reveals that she was a secretary in the pre-walker world. And a mother of four.

Her parable of the carrots, eggs, and coffee ends with “You’re supposed to want to be the coffee beans.” It’s no coincidence, then, that the camera shifts from Carol to Molly to Paula herself as it unfolds.

But, is that what you’re supposed to want to be? And if so, is that what Paula sees herself as? How can she? What about the world (water) has she changed? In the audience, I see the irony.

She then recounts how she started killing, how she stopped counting at double digits. Carol is at 18 (more by the end of the episode) and knowing that, we have to wonder if she’ll ever stop counting. Because if she does, is becoming Paula inevitable?

What we know is that each of these characters Rick, Maggie and Carol face themselves: Rick’s confrontation is superficial. He is closer to Paula than anyone if only because he displayed no introspection, no real remorse. He is sorry only for his external losses. And even then, when he lost his wife, he felt guilt, not remorse. Maggie, on the other hand, faces herself and sees how differently things could be. For her, the morality – the absolute right and wrong – of the situation dissolves. (Cue the motherhood politics on TWD). In the end, though, she isn’t made to kill anyone during the episode (Donnie was shot initially by Carol and then dead when they returned; she stabbed Molly only after Molly was already bitten; Carol shot Michelle after she sliced Maggie’s abdomen; and Carol, even though it wasn’t her plan, dropped the cigarette on the ground) even as she insisted on carnage throughout the episode – she didn’t run any of the numerous times Carol suggested it. However, in the end, she tells Glenn that she “can’t anymore.” So we are to believe that she is changed, either by her confrontation or by her nesting instinct. Carol, too is changed. When Daryl asks if she’s okay, we get the second glimpse at her true self as she says “No.” It’s important to note that earlier when Maggie asked her, she said that she had to be. And she did, she killed everyone who would capture or kill them. With an act so impromptu and complete that if I were Maggie, I’m not sure I could look at her the same again. Because that act in the safe house was an extension of the act she adopted when they got to Alexandria.

Before dying, when Paula finally realizes that Carol is her equal – and possibly her superior because fuckyeah subterfuge – she asks in light of the carnage Carol can inflict, “What were you afraid of?”

And that word has never sounded more like myself than it did in that scene.