With the coming of Marvel‘s Secret Wars which marked the end of the Marvel Universe, we saw a lot of series end to make way for the new (literally) world changing event. One of those books was Mighty Avengers. I covered that book for the site and let me tell you there has never been an Avengers team where the atmosphere was so blaaaaaaaaaack. They had people of color everywhere, which was great, but the best part was the story lines! Al Ewing was doing the Lawd’s work. He gave us conversations between Black men on the right time for civil disobedience and opportunities (Blue Marvel & Luke Cage) then between Luke and his own father. We were seeing folks that usually be in limbo out in these streets fucking FLOURISHING. Who can forget the epic Sam Wilson page (before he took up the Captain America mantle) where he was waiting for a perp he was chasing while doing the (Birdman) Falcon Hand rub! 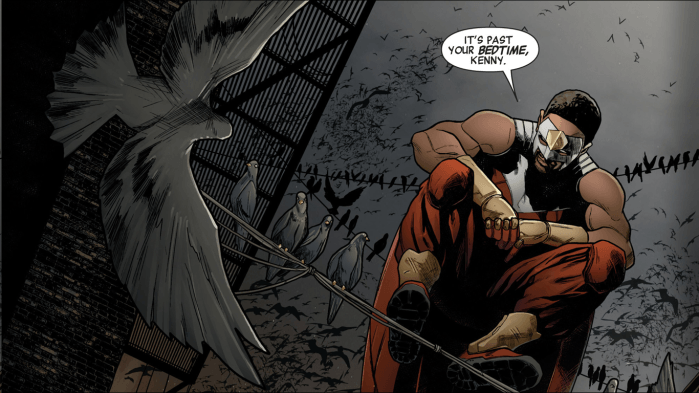 After finally getting the representation in spades that we been wanting in the streets, we had to see this title go after only two very short volumes. I’m thinking we gotta send these guys back off into limbo and maybe we’ll see them again in a couple years but then….then there was an announcement. An announcement that one of the new books coming in October to Marvel would be the collection of Black Panther, Captain Marvel, Miss America, Galactus, Blue Marvel, and Spectrum! It’s 2.0 Mighty Fucking Avengers with the most monster line up I done ever seen. The team will be called the Ultimates. Now I don’t know if y’all remember Miracle On Ice, well this series is shaping up to look like The Miracle on Panels. 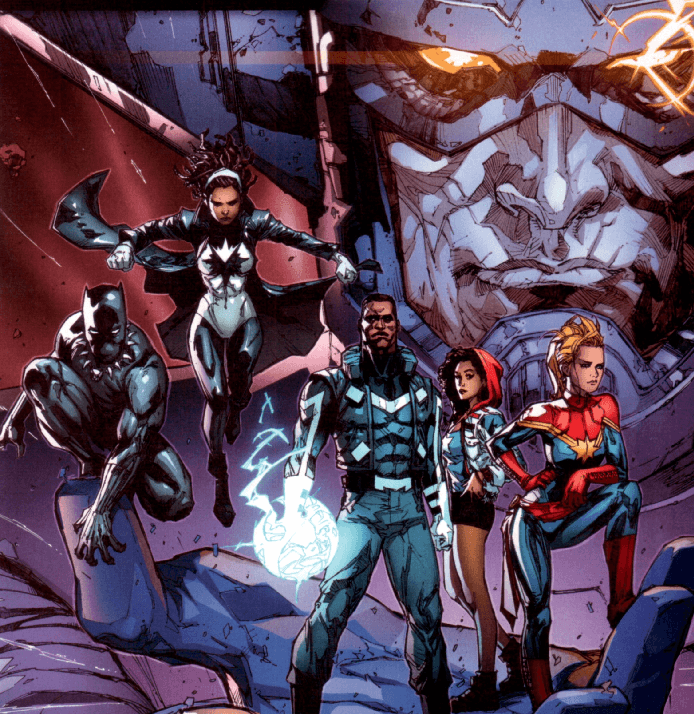 You got Black Panther & Blue Marvel as two of the most advanced minds in the world. You got Captain Marvel & Spectrum who are two of the strongest people (not women, not men) muh-fucking people on the planet and they joke on and with each other as if they’re McCarthy & Bullock in The Heat. You got America Chavez who gives absolutely no fucks whatsoever and does the whip dance in order to transport through dimension barriers. And then you got fucking Galactus…the mother fucker eats planets….what more do I need to say to you? Dude eats planets…like…. what’s really good? What more do you want?! ARE YOU NOT ENTERTAINED!!!

I can’t tell you how physically hyped I am for this series. Al Ewing is one of those writers you can trust to get the job done. He knows what to have the characters discussing and talking about, he doesn’t go the generic route. This dude is official (ref shirt and whistle included). There are so many questions going into the series because looking at that line up everyone on this team has been a leader. Let’s say we know that as the youngest, Chavez may not be in that role but still… who’s going to lead this team man? This is a roster of fucking heavy hitting monsters man. LOOK AT THE LORD WHIPPING THAT WORK PEOPLE!

DO YOU BELIEVE IN MIRAAAAACLESS?!!!!
14 Shares