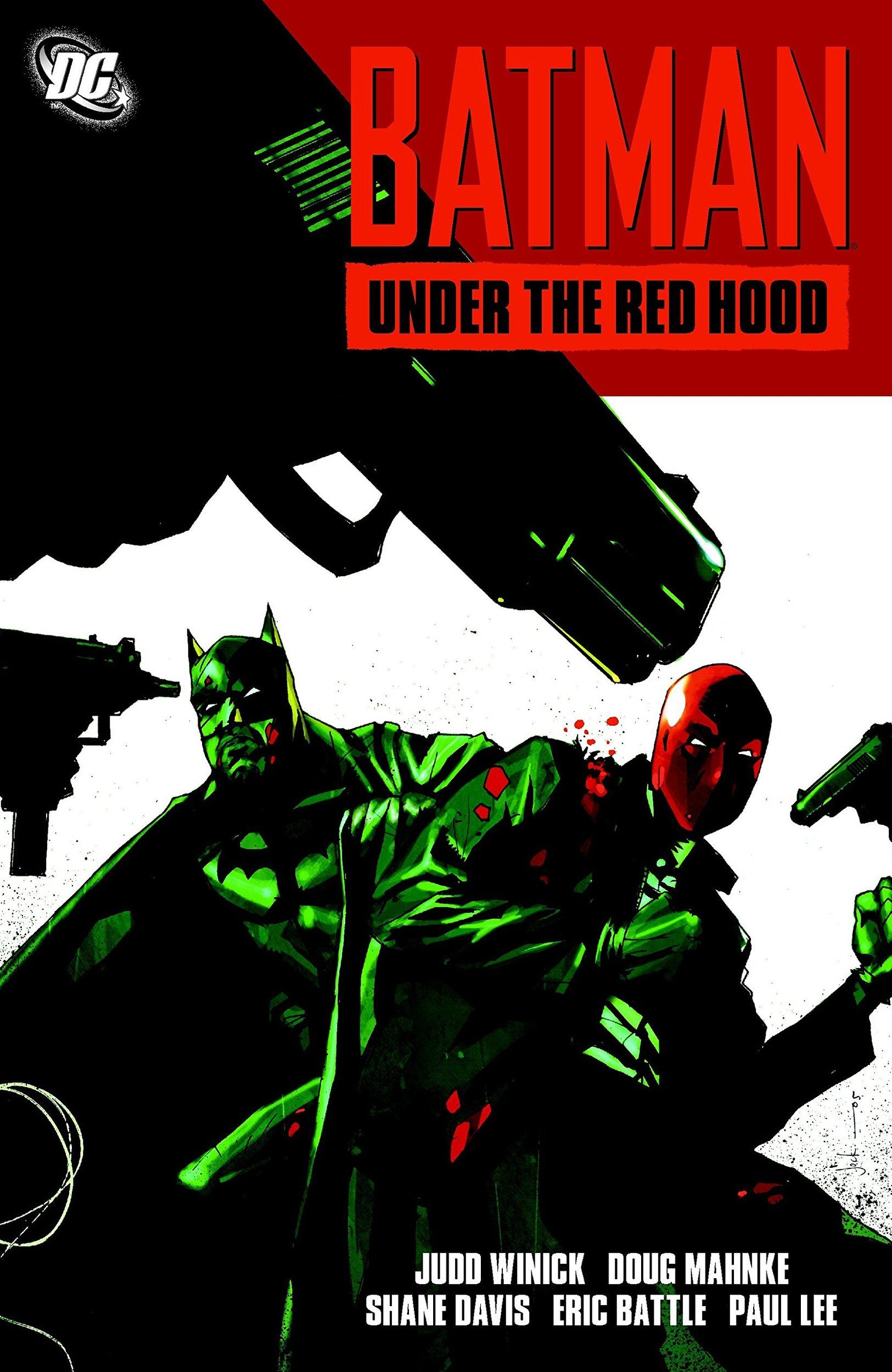 I’m late to the DC game. I adored Batman: the Animated Series, Justice League, and Teen Titans as much as the next self-respecting nerd but I didn’t start delving into their comics until New 52. That said, I was drawn to the concept of Red Hood.

Trained by the Batman, killed by Joker, back to fuck shit up with guns; what’s there for a boy not to love? I recently got my hands on my boy, Fredo’s copy of Under the Red Hood and after going through it a couple times, I have to ask; “But was he wrong, though?”. Please, everyone. Grab a drink, relax in your comfiest pajamas and hear my case. Red Hood’s approach to controlling crime is more compelling than Batman’s and his rage, leading to his standoff with his mentor, is understandable. 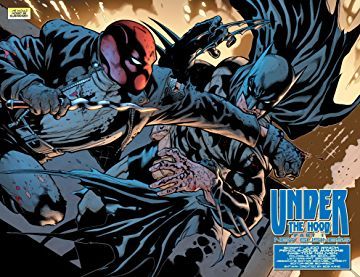 First, a review of the graphic novel turned animated movie. We’re set in Gotham City at a time where crime is controlled by Black Mask; think Task Master in Blackface as Kingpin. Amongst the drug deals and violent crime enters Red Hood. It’s a moniker taken by a Joker in Batman: Year One. Besides that, my lack of DC knowledge betrays me.

Fitted with a red mask, brown jacket and many, many weapons he goes to war with Black Mask. Attempting to be the new law of the land, his message is clear: Don’t sell drugs to children or I will kill you. Oh, and gimme money. He makes an entertaining run out of disrupting big crime in Gotham and proving himself the lesser evil, inducing a team up with Batman at one point. It is revealed that the Red Hood is Jason Todd, brought back from the dead.

I was convinced the animated movie was cannon with his dead body being put into the Lazarus Pit by Ras Al Ghul but they left out a critical element of Superboy-Prime punching a hole in continuity (Comics are weird). Eventually, it’s revealed that he holds a grudge against Batman for not killing the Joker after his crowbar-induced demise. Fitted with skills, resources, and a singular goal, Todd forces Batman into a situation where he could either kill the Joker or kill him (or Batman his way out of either choice but hey; comics, dude). A very barebones review: the story of Jason Todd and Batman is compelling and the art isn’t bad until Doug Mahnke has to draw a face. Those faces were rough to look at, sometimes. But the philosophical debate coming out of the story is the subject of this editorial.

But was he wrong, though? In a way, kind of. Judd Winick is definitely a generation behind me. That shows in his laser focus on drugs. It’s progressive enough that he had Red Hood be like, “drugs are fine as long as they aren’t given to children”. I would’ve liked to have seen a more nuanced and expansive “War on Crime”.

Instead of just drugs, a just anti-hero could have targeted the extortion and government corruption that would’ve been eating away at low-income areas alluded to in Gotham. I would also liked to have seen a discussion around the people selling drugs and lack of opportunities that often lead people down this road. Forgive me, though. I’m going to give Red Hood the benefit of the doubt and say that a tweak in the writing could make Todd’s war on crime more comprehensive. 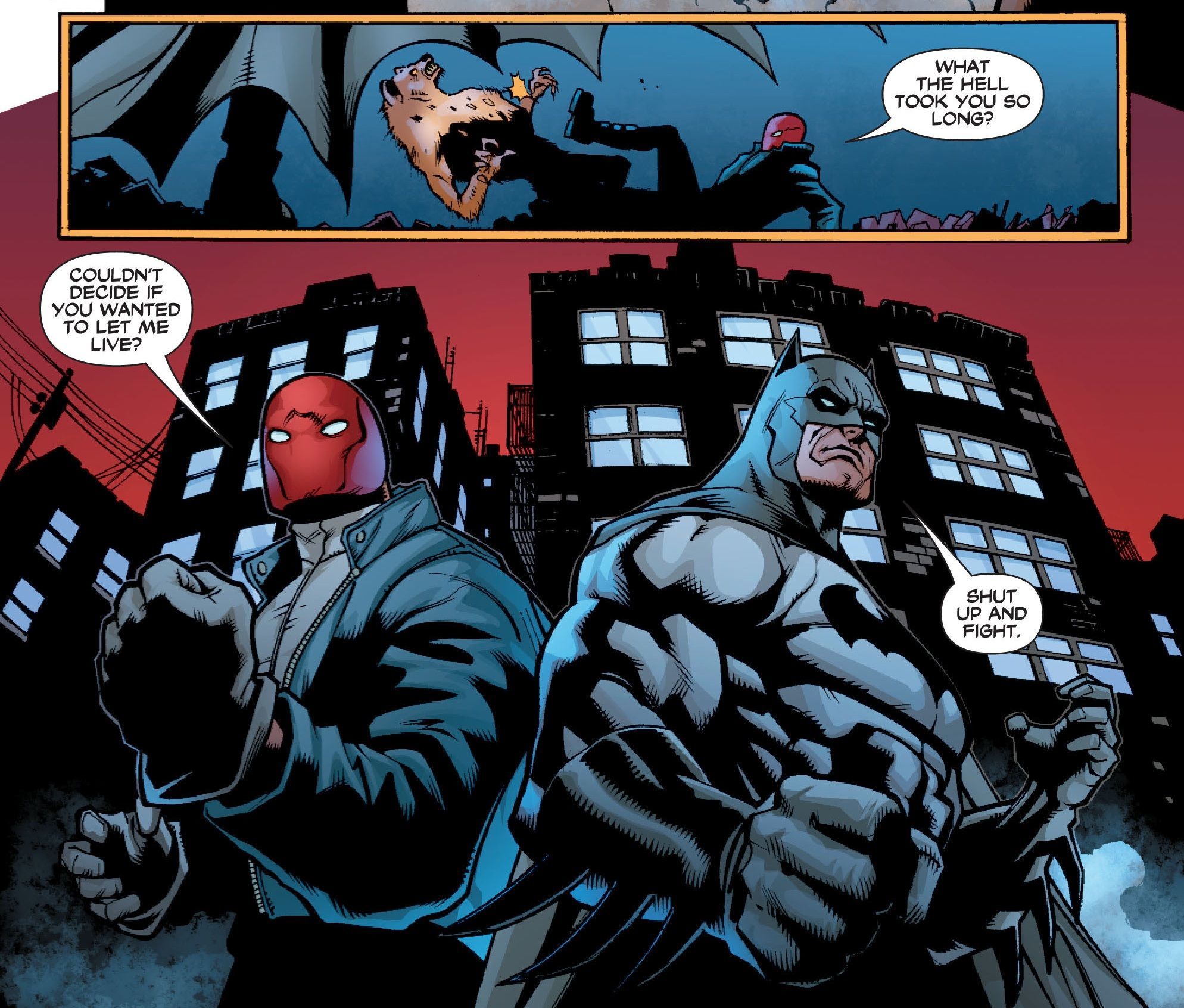 Is killing an acceptable strategy to stop crime? For the most part, my stance is a hard NO. I’m against the death penalty because of the awfulness of the criminal justice system and the finality of the punishment. The superhero world is special, though. We’re given a god’s eye view into the hearts, minds, and capabilities of these characters. It’s why you can hold the logically consistent belief that vigilantism should be illegal but I’m glad Batman exists and does what he does. Two reasons you don’t want just anybody out there killing who they deem bad people is because 1) they, themselves could deem innocent people worthy of death and 2) they may accidentally kill innocents. Red Hood declares his targets clearly; criminals who would hurt people and peddle drugs to children. In this respect, his philosophy is identical to Batman’s. Also shared, are the two’s resourcefulness.

Who is A Hero?

Armed with lethal gadgets and skills, the two still manage to avoid any casualties due to their blades, guns, and explosions (oh my!). These two are major reasons both deserve to be called heroes. Now, with the risk of unintended casualties eliminated we can compare the merits of their methods. The strength of Red Hood’s strategy is that it’s an alternative to straight-up prohibition.

If Batman catches you dealing, expect a bat-foot to the face. Todd explains their difference elegantly. He tells Batman he’s “fought to save Gotham [from herself]. But you have never understood . . . she’s evil and you have to fight her where she lives”. I take this to have two meanings. First, that lethal force is an appropriate response to the darker elements of Gotham that would terrorize the innocent. Second and more importantly, it seems like an acknowledgment that the drug trade in Gotham will never be ended so facilitating it to be less toxic is more effective than a “whack a mole” approach. 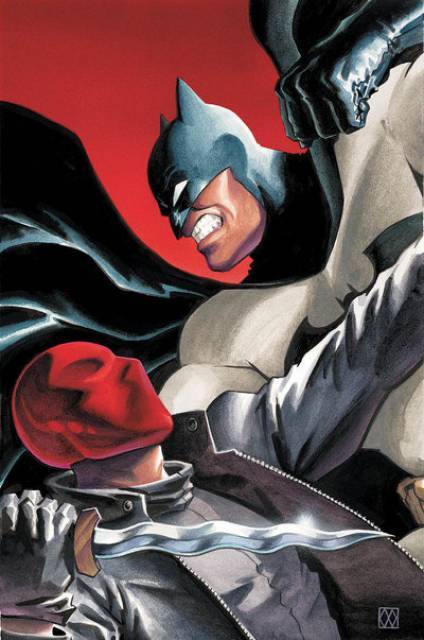 I have a great amount of respect for characters that don’t kill out of moral principle. A big reason that Superman is one of my favorite superheroes is his ability to inspire people to greater moral action. Batman, on the other hand is a hero that attempts to control crime through fear. Batman also doesn’t seem to refuse to kill out of Superman’s moral principle but out of his own fear. He tells Todd that even if he killed the most dangerous man in Gotham, the Joker, he’ll “never come back”. Alfred describes a truth about Batman using his skill to inspire fear, leaving villains not even knowing if he’s one man, many, unkillable, etc . . . Alfred recalls a young Todd saying, “They all know he won’t kill them”. This observation suggests there is a weakness in trying to use fear when a fear of death can be easily relieved. I believe then, that Red Hood is better at wielding fear than Batman is. Get this man a yellow ring!