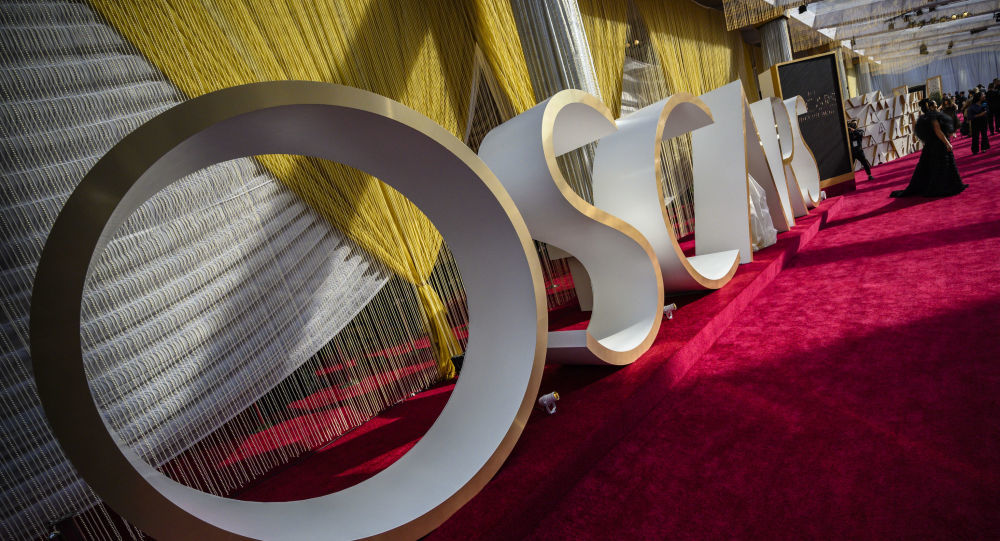 The best part of the 2020 Oscars, hands down, was the opening act. Ok, there were a few other stand out moments but that opening act gave me the spark to keep watching. You know I love a good awards show, it’s the most wonderful time of the year. The gowns, the interviews, the speeches, the accolades! But more and more as the veil gets peeled away, you realize there is so much wrong with it. As a teenager, I believed in the power of recognition – but also I LIVE for an extravagant red carpet outfit. Oh my dream to win the runway. For me I was blown away by Brie in her pastel pink glitter and cape, with the girls just shining. 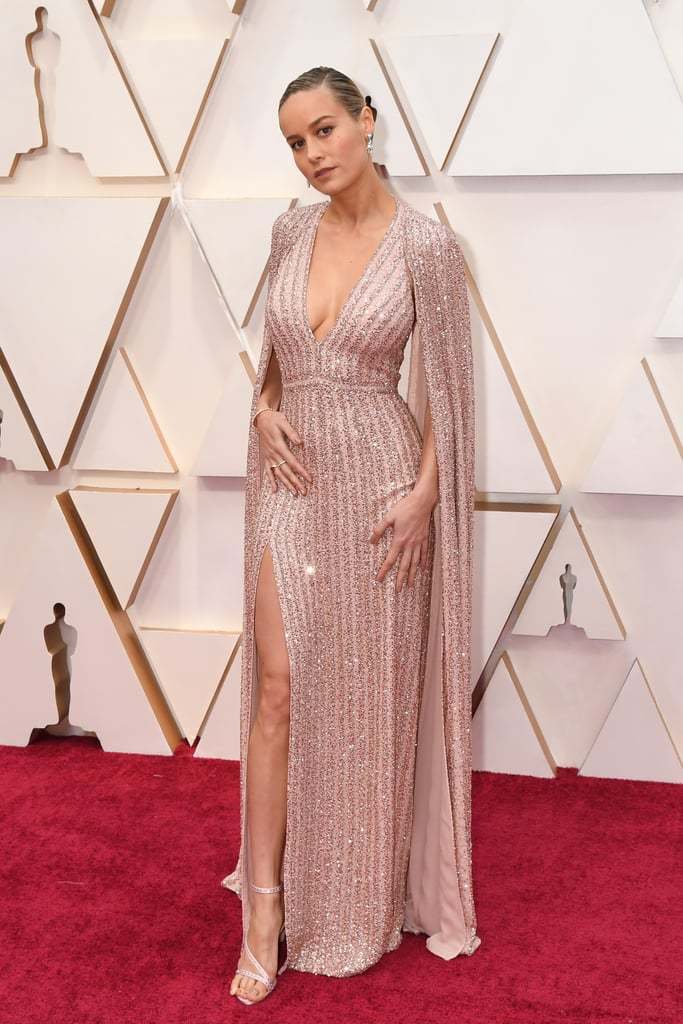 Although I am a sucker for great styles on the carpet, that is a whole different article. I am here to acknowledge those instances that got my attention, because, honestly, I did not have high expectations for the night. There were a few moments throughout the night where I felt like I was indeed winning too.

Where the Black Women at?

That opening number brought all the color that the Oscars left out. First, Janelle welcomes us to Monet’s neighborhood and in the cul-de-sac is home – yes! I saw, US, Dolomite, Joker, Jo Jo Rabbit, and that one neighbor you don’t really hang out with Queen & Slim. Then we bring out the G.O.A.T themselves Billy Porter while Queen Janelle takes it to the audience and gives us a serenade of black history. Telling us to remember all the beautiful black creatives, cuz it is Black History month dammit!! 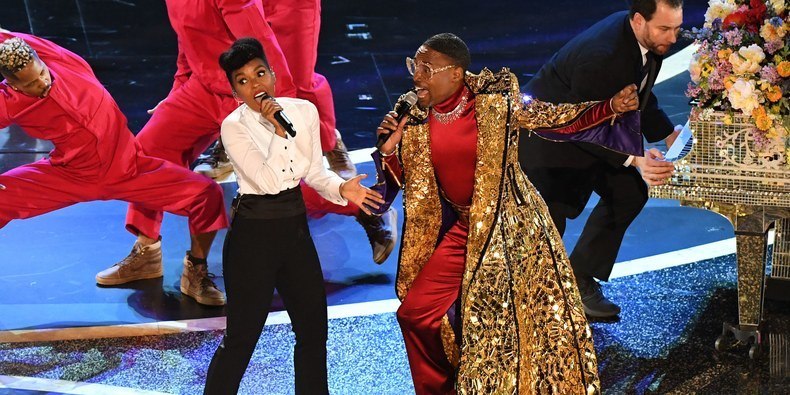 Next, we get the much needed awkward shifts in chairs and stifled laughter with Chris Rock and Steve Martin ripping the Oscars a new one. I must say two of my favorite comedians, I was not expecting what came next. Both comedians feeling vaginas were missing and speaking out loud and clear about the lost black nominations. Playing with Cynthia Erivo as Harriet teaching the Oscars how to hide all the black nominees! “Is Eddie Murphy under the stage?” Rock asks, and it had Steve Martin screaming to the floor. “Eddie, I loved you in Dolomite!” I lived for that moment.

As always, this is the time for celebrities to step on their 24k gold soap boxes on the Swarovski crystal platform to say what needs to be said! I won’t deny it can be so inspiring and also just cliche. This year, I was actually about the sh#@. From international winning speeches to Natalie Portman’s digs embroidered with names of all the women directors who were not brought to the table, these are the moments that were truly inspiring and not just riding the Oscars causes bandwagon. 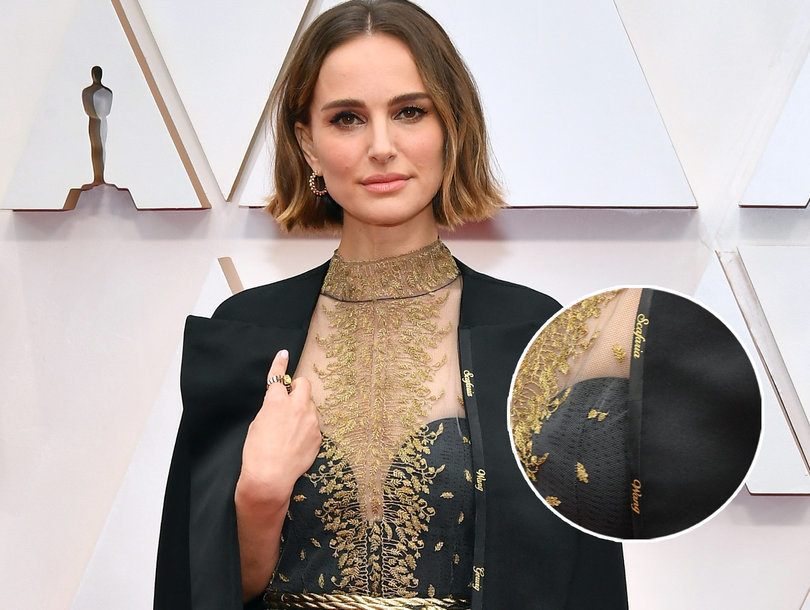 We heard a lot about women, because it was the topic to watch this year. We all expect #oscarssowhite, but no women directors? What an atrocity! Now, I’m not being that facetious, it is messed up when there are a plethora of women directors. I mean Greta Gerwig’s Little Women was nominated for best picture but she herself was not nominated?… Very confusing. But because of this, it was kind of the bandwagon to jump on, so it was to my great delight and surprise when Taika Waititi used his moment to give honor and tribute to the indigenous presence. He gave praise to the land that Hollywood sits on speaking the names of the original inhabitants.

“The Academy would like to acknowledge that tonight we have gathered on the ancestral lands of the Tongva, the Tataviam, and the Chumash. We acknowledge them as the first peoples of this land on which the motion pictures community lives and works.”

Being the first Maori filmmaker to ever win an Oscar (winning for best adapted screenplay), he dedicated it to the indigenous people and kids around the world. When he exclaimed Indigenous Peoples as the original storytellers, I cried – I audibly cried. That’s something that needed to be said for millions of viewers to hear for a long time. If we could get more Indigenous winners on stage after this, then I’ll feel the Academy is getting it. 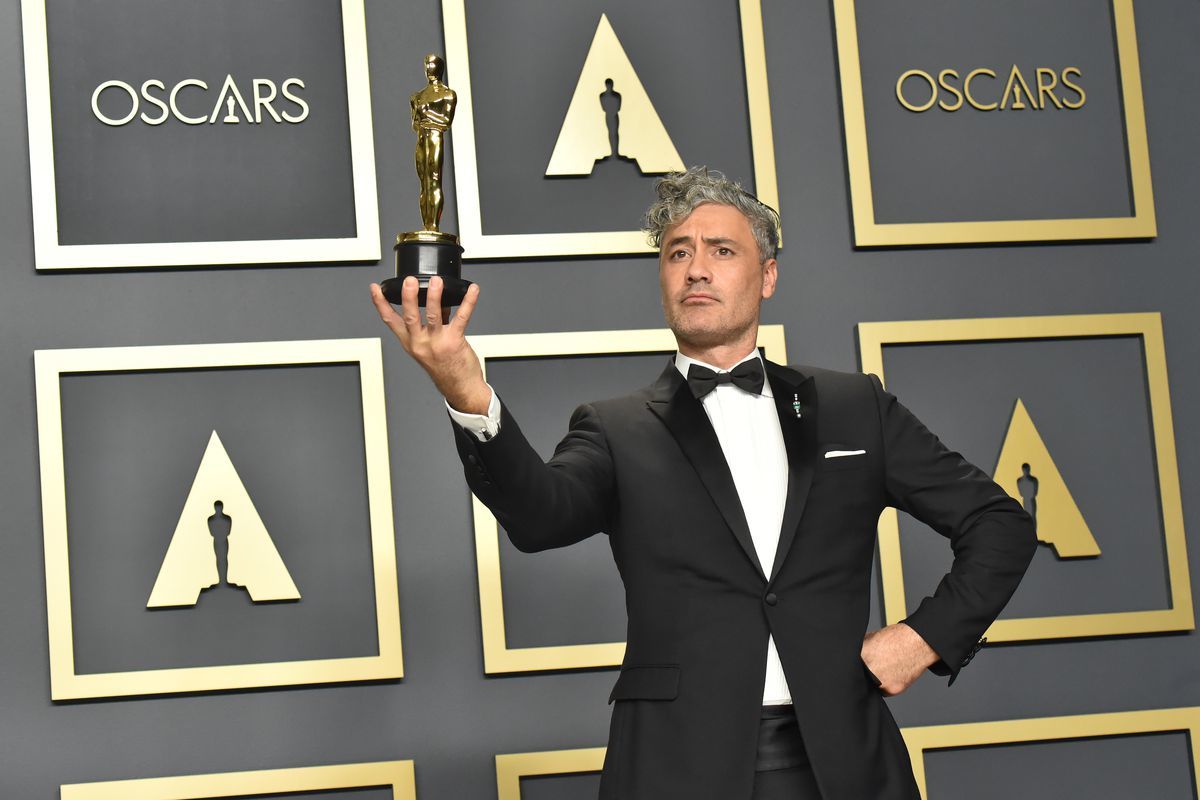 I do want to give it up for Laura Dern in all of this. She was up against some strong white ladies in the best supporting category. Truly, I watched A Marriage Story and her performance was something I could not get out of my head. I honestly thought she was going to lose to Margot Robbie with such a popular topic melded with the Fox news story and a true story! I was like dang, I wish Laura Dern could win – and yet, I was truly surprised! Were the Oscars in my head? My ears and eyes perked up, I thought ‘hmm…maybe this night will be just a bit different than I thought.’

Although Joaquin’s BAFTA speech called upon those with privilege to perform their duty and dismantle this mess, I felt his Oscars speech took a more generic focus and was not inspiring for me. It was truth, and he tried to keep it from becoming this commercial bandwagon moment by silencing the claps and the whoos, but it was not as mobilizing as his earlier BAFTA speech.

Of course, it is not really celebrities duties to turn their award speeches or presenting moments into these pitches for causes, but it’s not a bad time to say what they believe in either. The real truth of the matter is, these award shows are getting less and less of an audience, so those millions of viewers are not really a thing. And if you want to get heard, your speech NEEDS to be retweeted or memorable enough to be Instagrammed or blogged about to get the attention it deserves.

“THE MOST PERSONAL IS THE MOST CREATIVE”
– Martin Scorsese

What took the night and legit had my jaw dropped was Parasite. It was by far the best film I had seen in the full year of 2019 and for this, I did not expect it to win as it did. The Oscars have been (even this evening) not a place for diversity or inclusion when it came to the nominations nor the awards. Tonight, they lacked in women and people of color and tried to make up for it with performers and women presenters, but the real win was international. For Bong-Joon Ho to come on stage not one, not two, but four times and taking home the biggest wins of the night, Best Director and Best film filled my heart with hope and joy. They changed the category to Best International Feature Film from Foreign language film, and gave a South Korean story the highest nod ever.

I didn’t think they would do it. I didn’t think the Academy had it in them to make that type of decision. I all but looked away at the final moments, because I said, there is no way they will give the proper credits, and they did. I was surprised, happy, excited, and relieved. It’s just a moment in time that we can hold onto, and I’ll hold onto it for a long time. As an actor, producer, and writer to just see this moment even if the award itself does not mean anything, these moments give me power to keep creating. 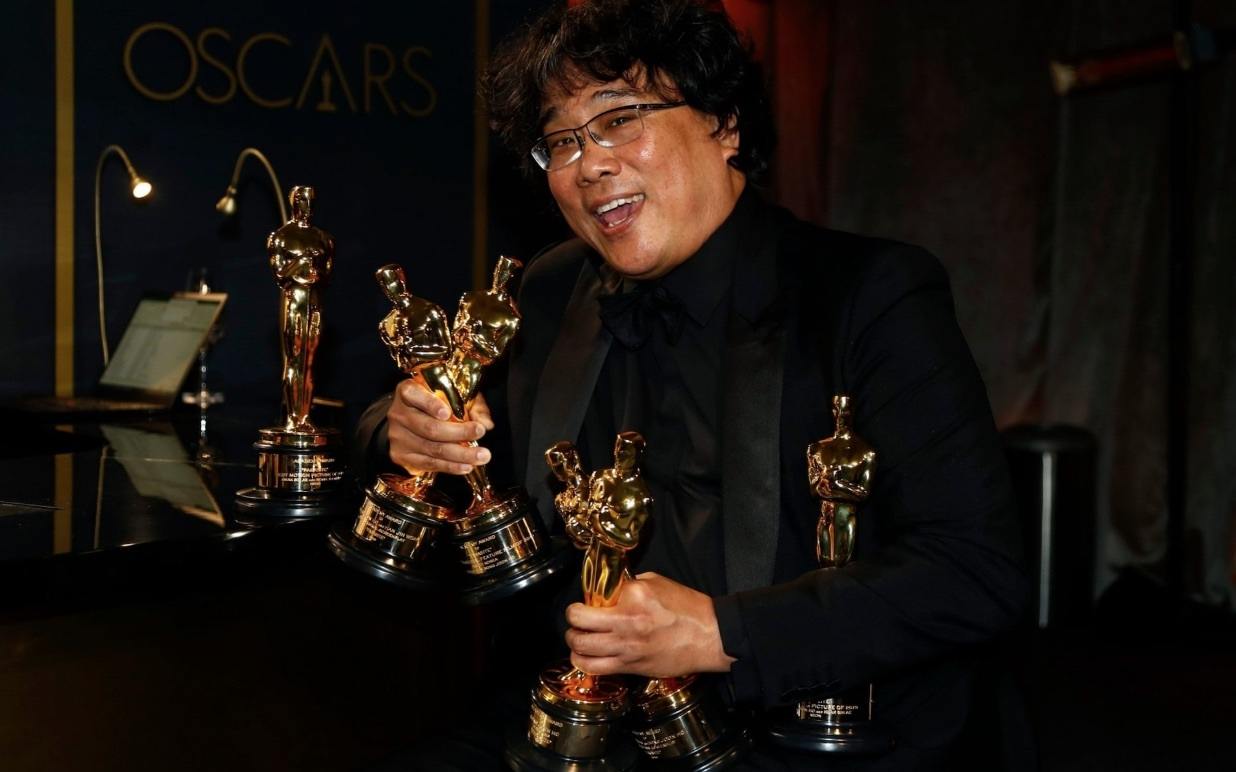 In all the memorable moments from Spike Lee’s Kobe inspired suit to Eminem gracing the stage and making it through technical difficulties like the pro he is, I was glad to see the night’s events. Taika Waititi and Bong-Joon Ho made history, well-deserved and even if no one was watching that ish will definitely be retweeted. Next year, Oscars, you can do even better, it’s really not that hard there’s a ridiculous amount of talent and incredible stories – just give em awards so they can ask for the pay they deserve!