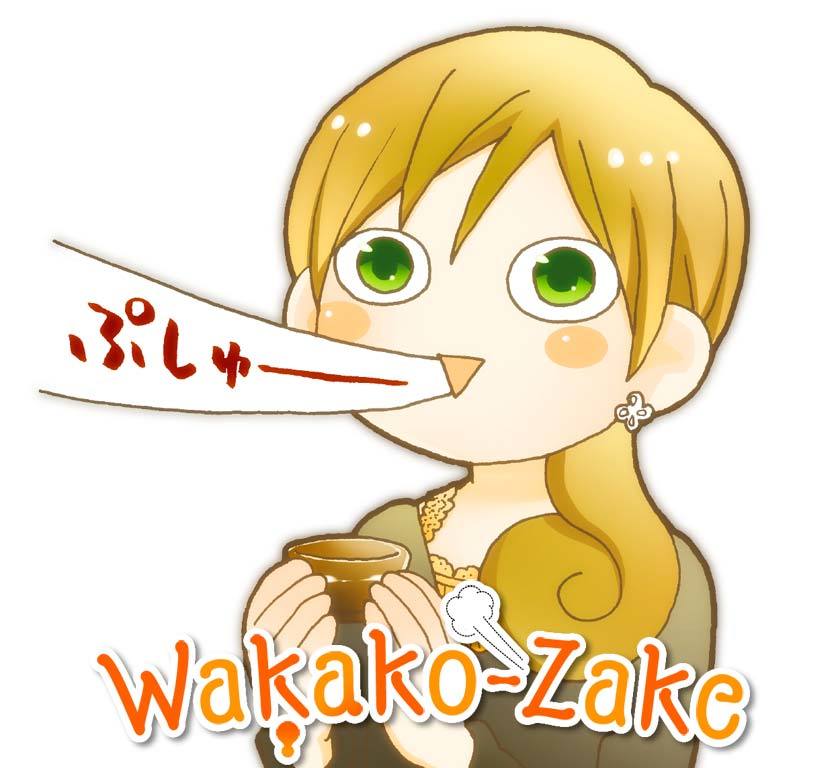 The wonderful thing about globalization that hits the media industries–especially the publishing industry and the trend that continues to digitize manga is that, for eager readers, we will always be surprised to hear of series that we never thought we’d be able to read translated. I’m still stunned and grateful for Princess Jellyfish, and we also recently learned that Viz will release Rumiko Takahashi’s Urusei Yatsura for a spring 2019 date. This also means we get gems that make us remember why we love manga so much and why it is a cultural product that has influenced the world. I stumbled upon the digital release of Wakako Zake this week, and I can confidently say this is surely one of them.

The mangaka Chie Shinkyū, originally started  the manga in North Stars Pictures and Tokuma Shoten’s Monthly Comic Zenon magazine back in 2011. The story became so popular that even before the ending of the manga run, it spawned an anime and live action drama series. The Anime News Network tells us that Crunchyroll streamed the anime series, a 12-episode series of three-minute anime shorts starring Miyuki Sawashiro, that premiered in July 2015. The first 12-episode live-action drama series season aired in January-March 2015, and the second and third 12-episode seasons premiered in January 2016 and April 2017, respectively.

“Manga About A 26-year-old Who Enjoys Herself At Bars Alone, Eating And Drinking” 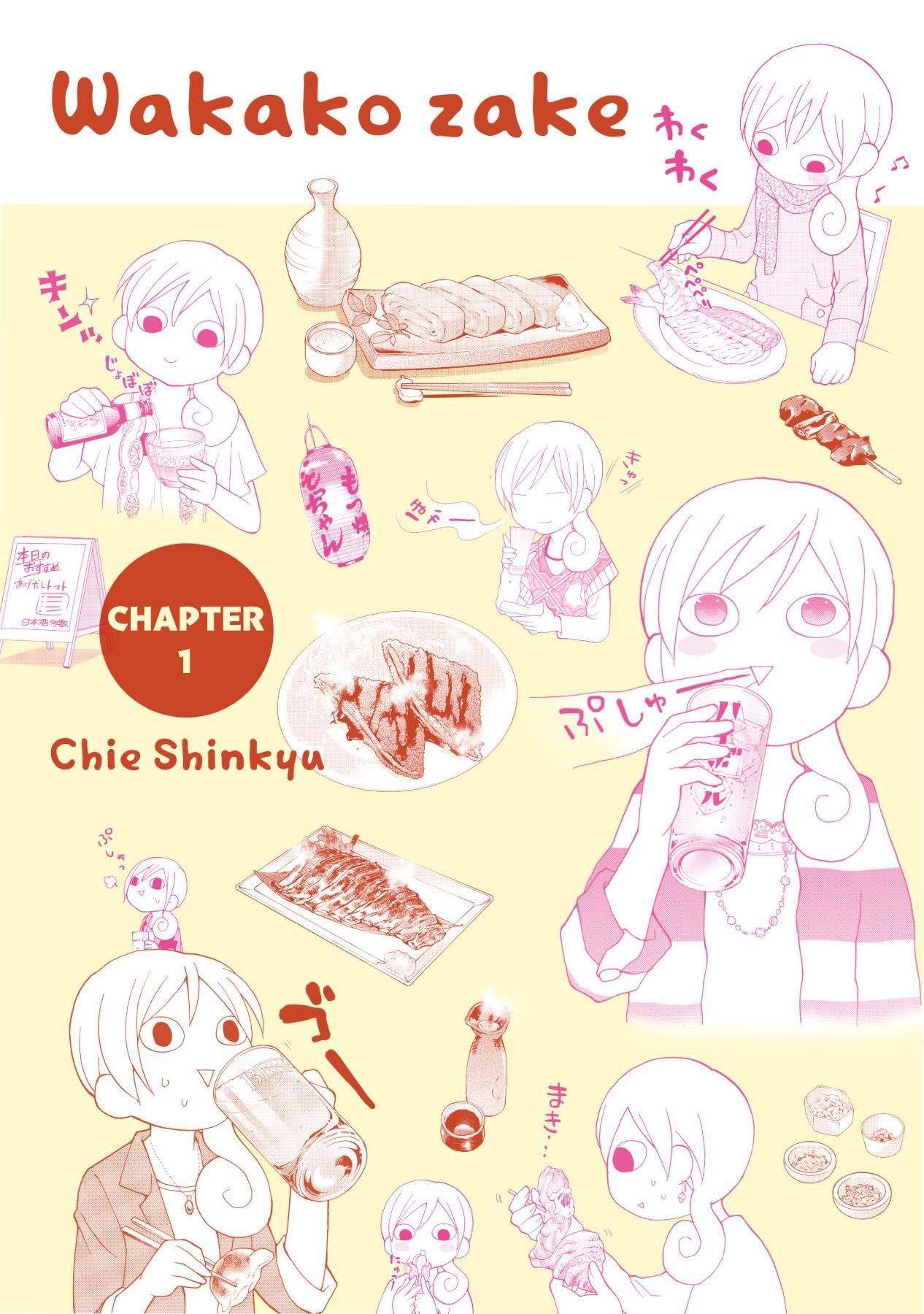 Our strange and endearing main character Wakako Murasaki is 26 years old. She loves to eat, in fact, she lives to eat.

We are told that she was born with a taste for alcohol and good food, and so every night she searches for a good place to enjoy her meals alone. This is how the manga starts off with Wakako out for salt grilled salmon with cold Japanese sake in her own little world and someone else notices just how much she’s enjoying her meal and how well she eats. Before you feel sorry for her, she does have a life of her own: a career, family, friends–yet her adventures of going out to find great grub and drinks are solo dolo, and that’s just the way she likes it. 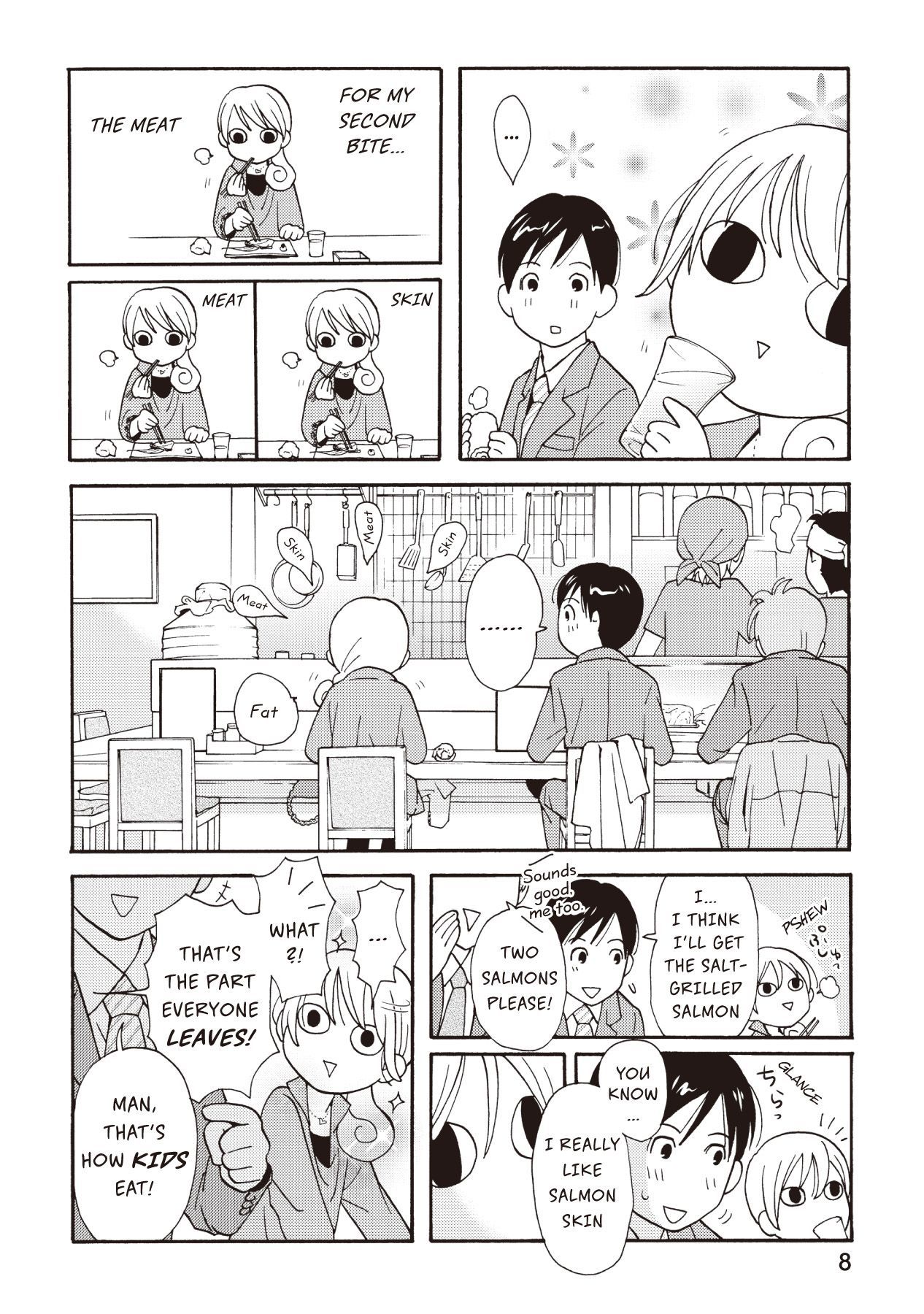 The art is mostly simplified which adds to the comedic effect of Wakako’s expressions when she’s satisfied or irritated which leads to some amusing situations in the panels. I need a montage of the close ups of her going “PSHEWWHHHHHHH” at the end of each meal sitting, happily full and content. The simplified art angle works just fine, because the true attention to detail is focused when the food appears on the page. Update: I’ve seen a few tweets noting that there is an mistranslation of sorts on Wakako’s catchphrase, I took to the anime to investigate.)

I absolutely adore the attention to detail regarding not just what ingredients go into certain dishes, because that itself is a core piece of each dish and each chapter. There is also attention to how some foods are prepared and the circumstances on how you should eat them. Every now and then our main character gets a mini flashback from her past, a glimpse of her with a dish she’s set out to eat and helps bring context to her actions and craving now.

From being very small and wanting to devour her yaki-tori, her chicken skewers, all at once in an attempt to savor more than one flavor, not one at a time–to overhearing some younger adults talk about how they can prepare their own seared mackerel at home because they went out and bought a gas torch (Wakako failed on a epic level her first try and even broke a plate!), the love that Wakako has for her food is so over the top enjoyable.

Wakako Zake is a love affair with food and the alcoholic beverages that compliment them in manga form that take you along for an adventure with every new dish that Wakako brings us along for. It is a chef’s kiss to all the wonderful food we can eat and love and all the experiences they can bring us. As a fellow foodie, I feel like she is a kindred spirit. Reading along, reading everything in such detail and obvious love of drinking and eating out makes me feel like I’m sitting in a booth right next to her. The beginning of the book features a table of contents laid out like a menu which just adds to the presentation of this story and is sincerely on brand AF.

This volume of manga also serves as a love letter to Japanese cuisine while also educating in the process. I love to eat. I love food. I’ve always thought food was a great way to learn about other cultures, a gateway in some regard in learning and appreciating people who are different from you. While I had already knew of some faves like yaki gyoza, potstickers (the Japanese version of Chinese dumpling) and sashimi, the Japanese delicacy consisting of very fresh meat like fish sliced into thin pieces–I was stoked to read about Japanese potato salad, sake from a jar and…tofu skin?! (It apparently has a nice texture yet while having a “unique and delicate flavor.”)

Also, I never know what wine to pair with dishes when cooking. Seriously, I just like to drink wine. Seeing what meals get paired with red or white wine made me take notes, but also seeing beer and hot and cold sake being added was eye opening. Y’all, this is a manga born from an encounter with an editor to said to the mangaka, “If you like drinking so much, why don’t you make an manga about it?” which led to an outline and using her own likeness as suggested by the editor. Hashtag GOALS.

Wakako Zake is the manga that I’d suggest to my fellow lovers of food and drink that has that slice of life feel.

Buy a digital copy of the manga here.