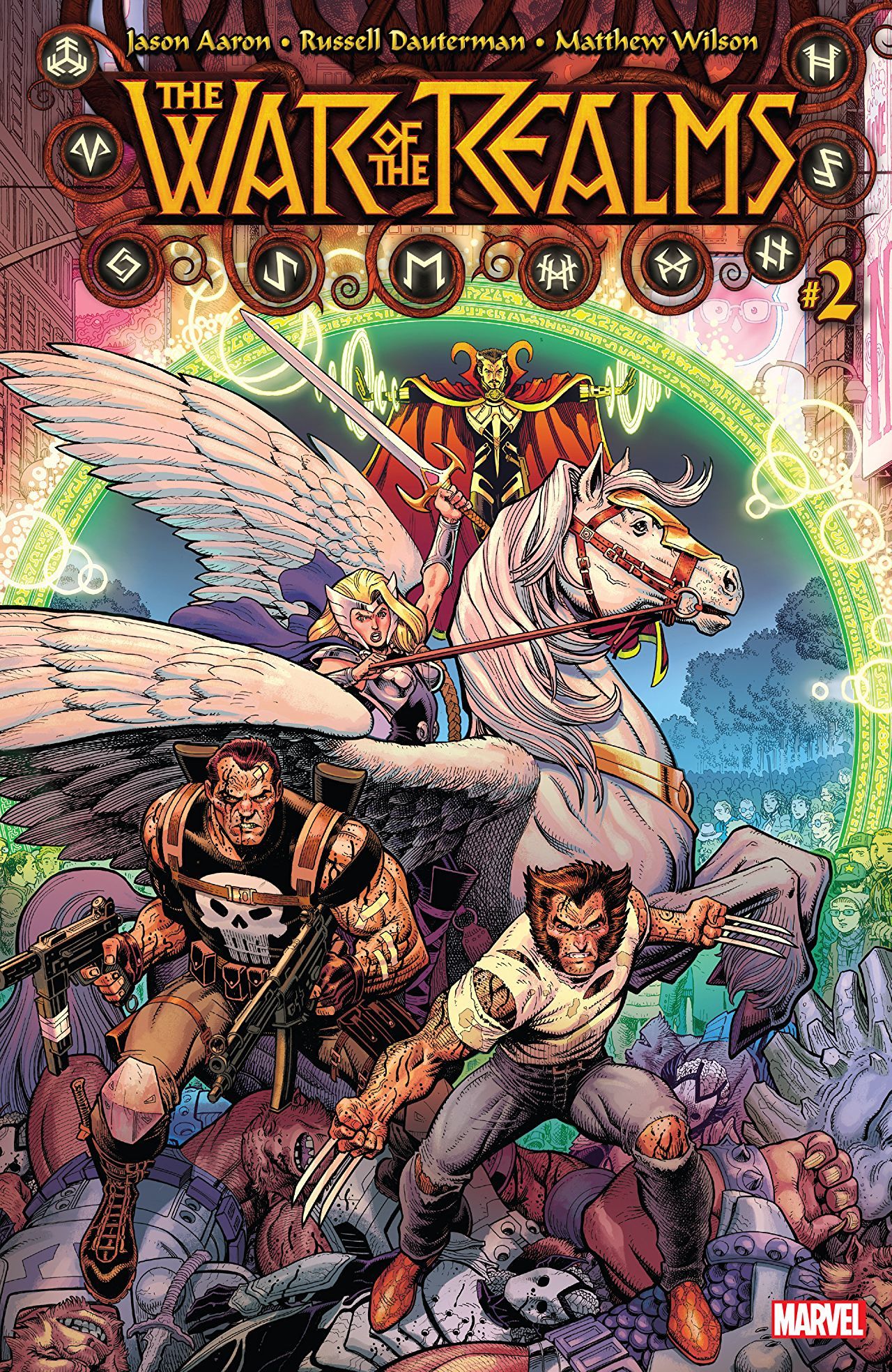 The War of Realms got off to an impressive start, hit the ground running and, surprisingly enough, doesn’t lose much of that momentum in Issue #2.

Malekith’s assault on Midgard is spreading like a forest fire across New York while the heroes do their best to beat back the waves of trolls, elves, and other vicious things. Aaron keeps the action turned way up while still maintaining the overall charm of his characters. One thing I have to point out is his focus on Jane Foster. It would have been very easy to toss her to the wayside after her time as Thor but Aaron’s done a decent job of making sure her story didn’t just end abruptly. 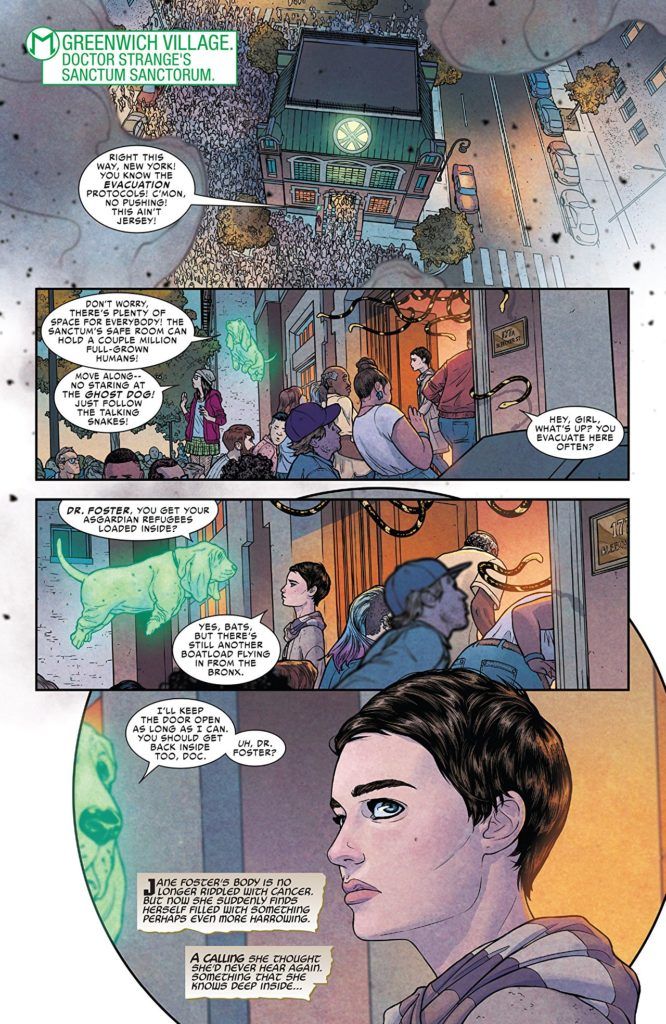 The action is top notch. Where else could you find Frank Castle running down Malekith’s dark elves with semi automatics? I am perpetually tickled by how much mileage Aaron is getting out of Dungeons and Dragons Punisher. And none of this would work without the incomparable Russell Dauterman. Aaron clearly wanted to get out of the way and let his old partner from The Mighty Thor do his thing. And he certainly did said thing in spades….the entire book is gorgeous and full of all the details and playful designs we’ve come to expect from Dauterman. There are some truly badass moments — Captain America versus a frost giant — as well some truly haunting ones like the death of (redacted).

Bottom Line: Jason Aaron has managed to turn the end of his Thor tenure into a blockbuster film of a comic that casual readers and die hard fans of his years working on these characters can get into. Never let it be said that one of the best Thor writers ever didn’t go out with a crack of thunder.