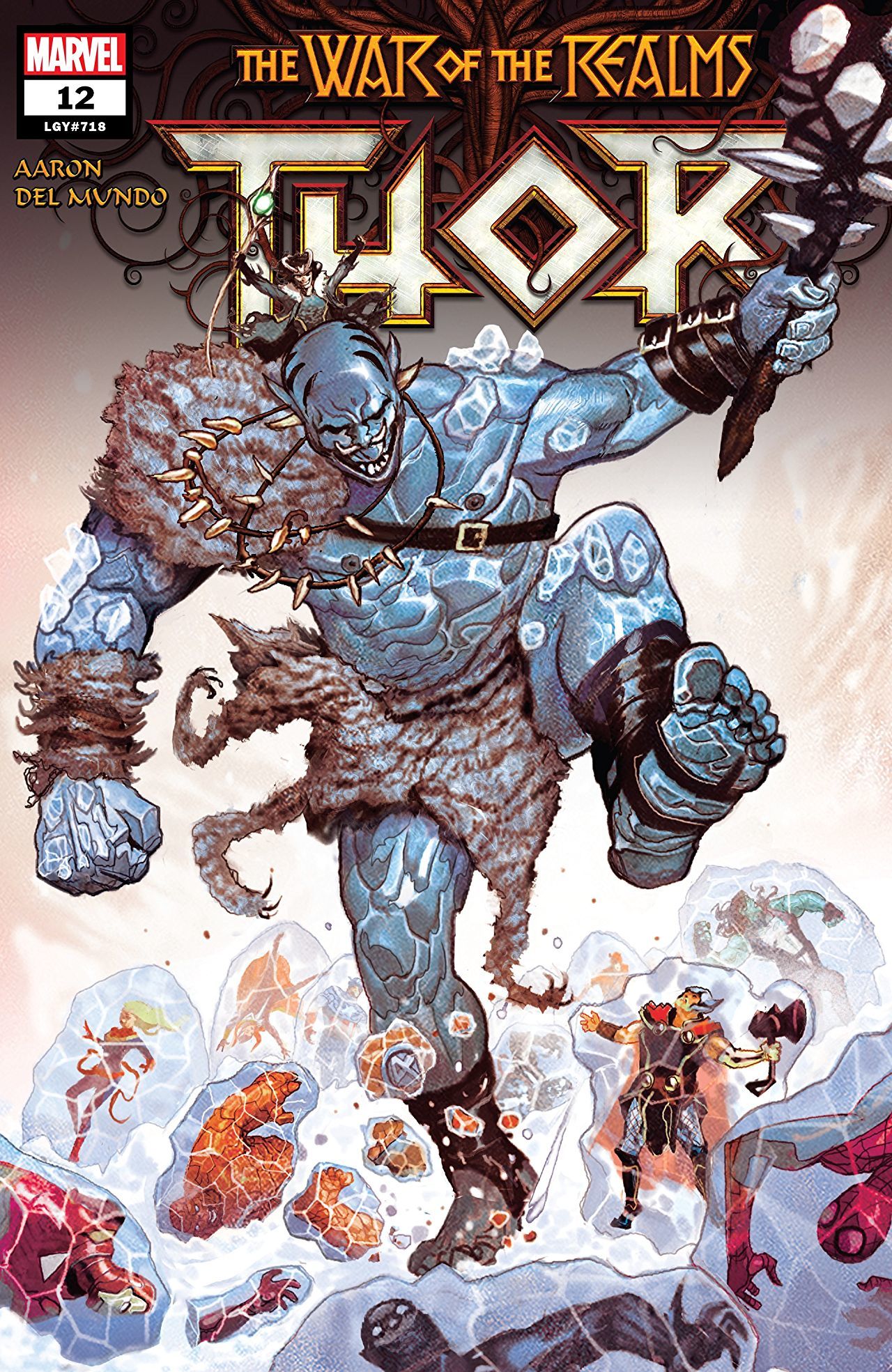 With Aaron nearing the end of his Thor run, the primary function of Issue #12 seems to be a eulogy of sorts to the God of Lies himself, Loki. As the War of the Realms rages on, Thor’s double dealing brother gets an episode of This Is Your Life he might not look back upon too fondly. 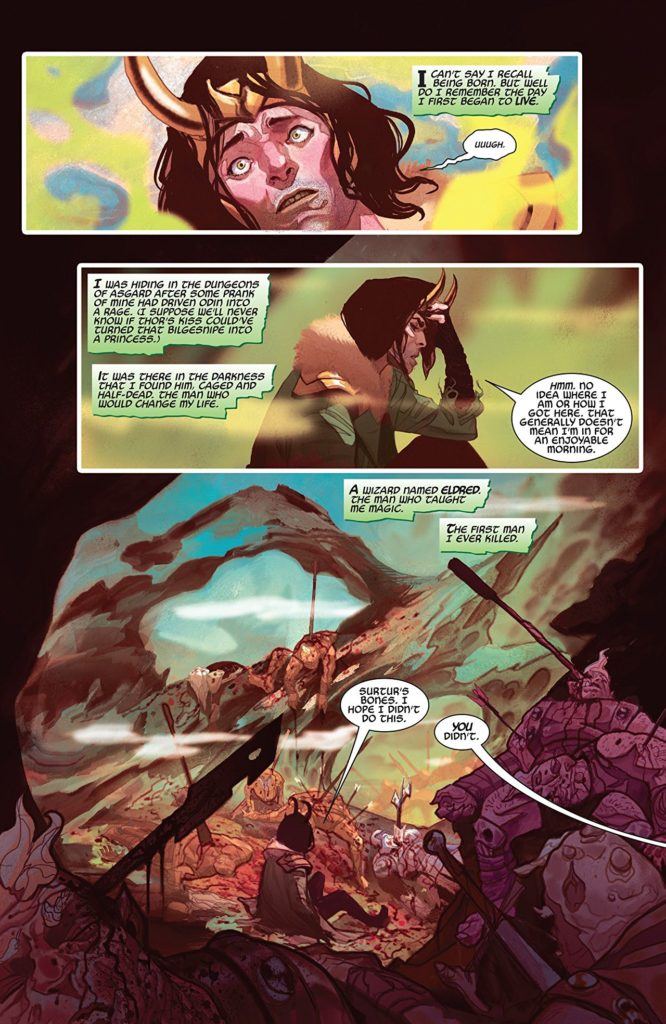 With any other writer, this would come across as filler during a big crossover event. However, Aaron ends up delivering an impressive character study. This is someone taking their glaring sins into account and questioning whether or not their noble deeds were too little too late. Aaron is obviously very fond of Loki. However, he has no problem putting him through the ringer to tell a good story. The book is much better than it would be in anyone else’s hands because of it.

Mike Del Mundo has been incredible on this book and Issue #12 is no different. There’s a lot to love about the tone he sets for Aaron’s script depicting what ends up being a rather maudlin glut of death and loneliness. And the final page’s splash will stick with you for a long time in an unsettling way.

Bottom Line: As he nears the finish line, Aaron is getting his characters’ affairs in order and it makes for great reading alongside The War of The Realms. Well worth the coin.