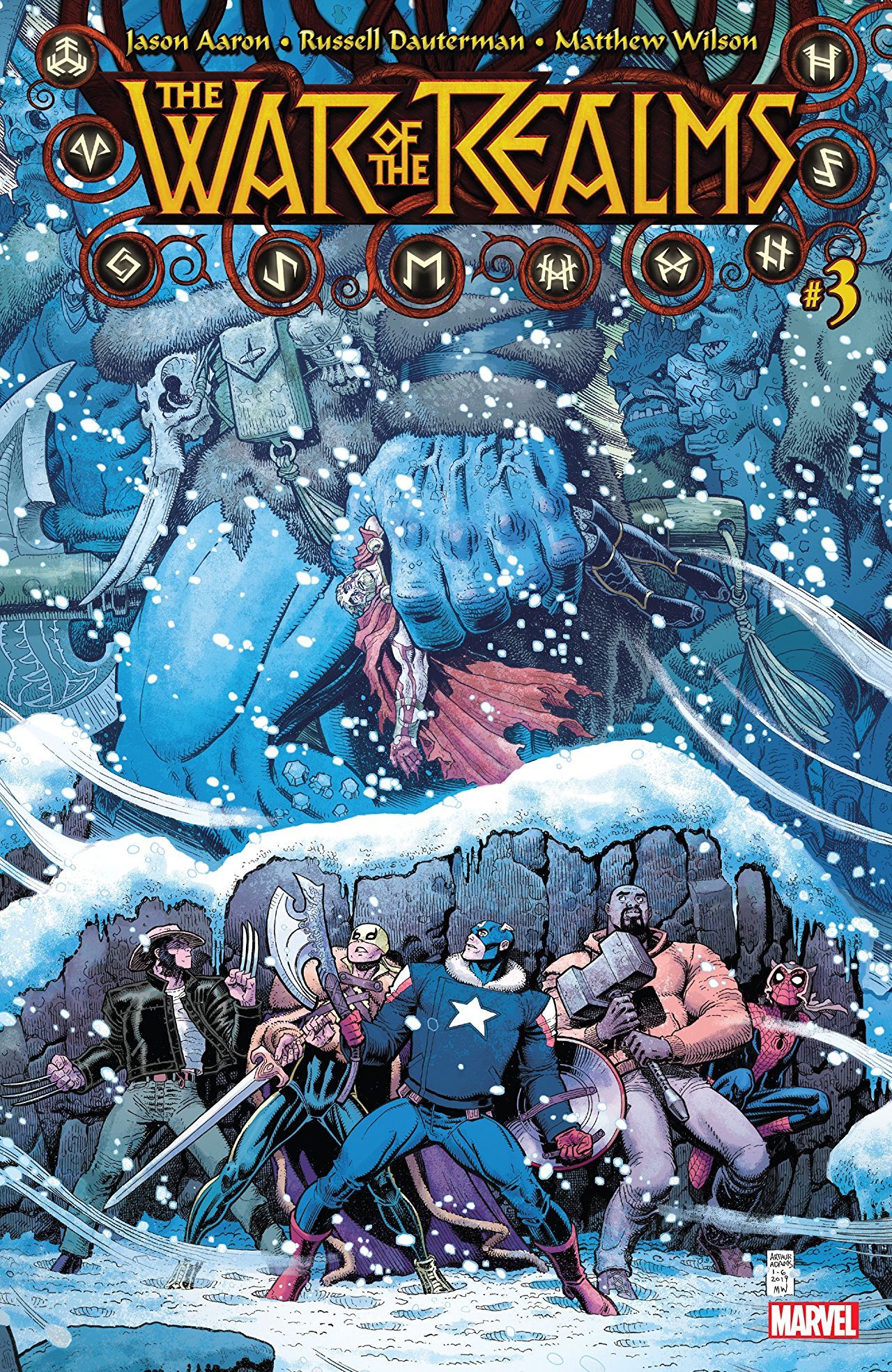 Jason Aaron is getting all the miles he can out of bringing the Marvel Universe’s greatest heroes to Middle Earth for the War of the Realms, his grand goodbye to his years-long Thor run.

When we find our heroes in Issue #3, Malekith and his dark alliance has stomped a mudhole in Earth’s Mightiest like the Warriors did to Lebron in the finals. And since you can’t have a major Marvel crossover without the Big Three leading the charge, they have to go rescue Thor. There is a lot to love about this issue and the varying missions the good guys are sent on. Captain America completely unfazed by things like giant arrows impaling winged horses and Luke Cage refusing to wear sandals with his medieval gear is worth its weight in vibranium. And I hate to repeat a bullet point from the last review but a war journal entry from the Punisher about murdering dark elves literally had me LOLing. 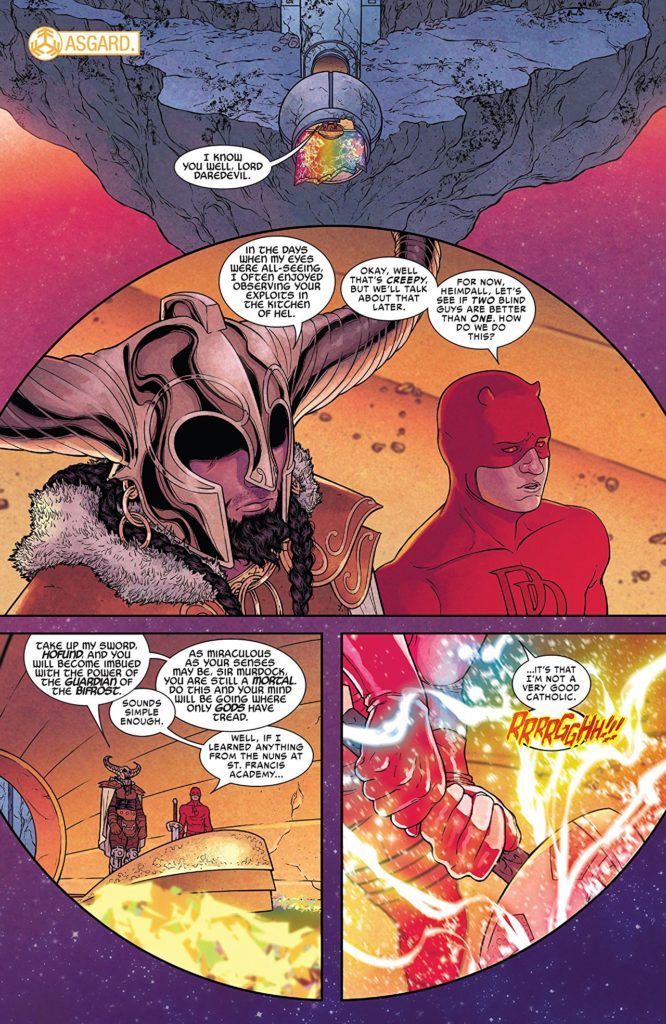 Russell Dauterman definitely gets ample opportunities to show off with Aaron’s script. This book is littered with exciting, detailed, eye catching panels. Once again, I won’t give away the glory but the final page is easily the centerpiece of this entire issue.

Bottom Line: Aaron is hitting it out of the park with what is essentially a top dollar summer blockbuster version of his Thor run. That’s hard to pass up.