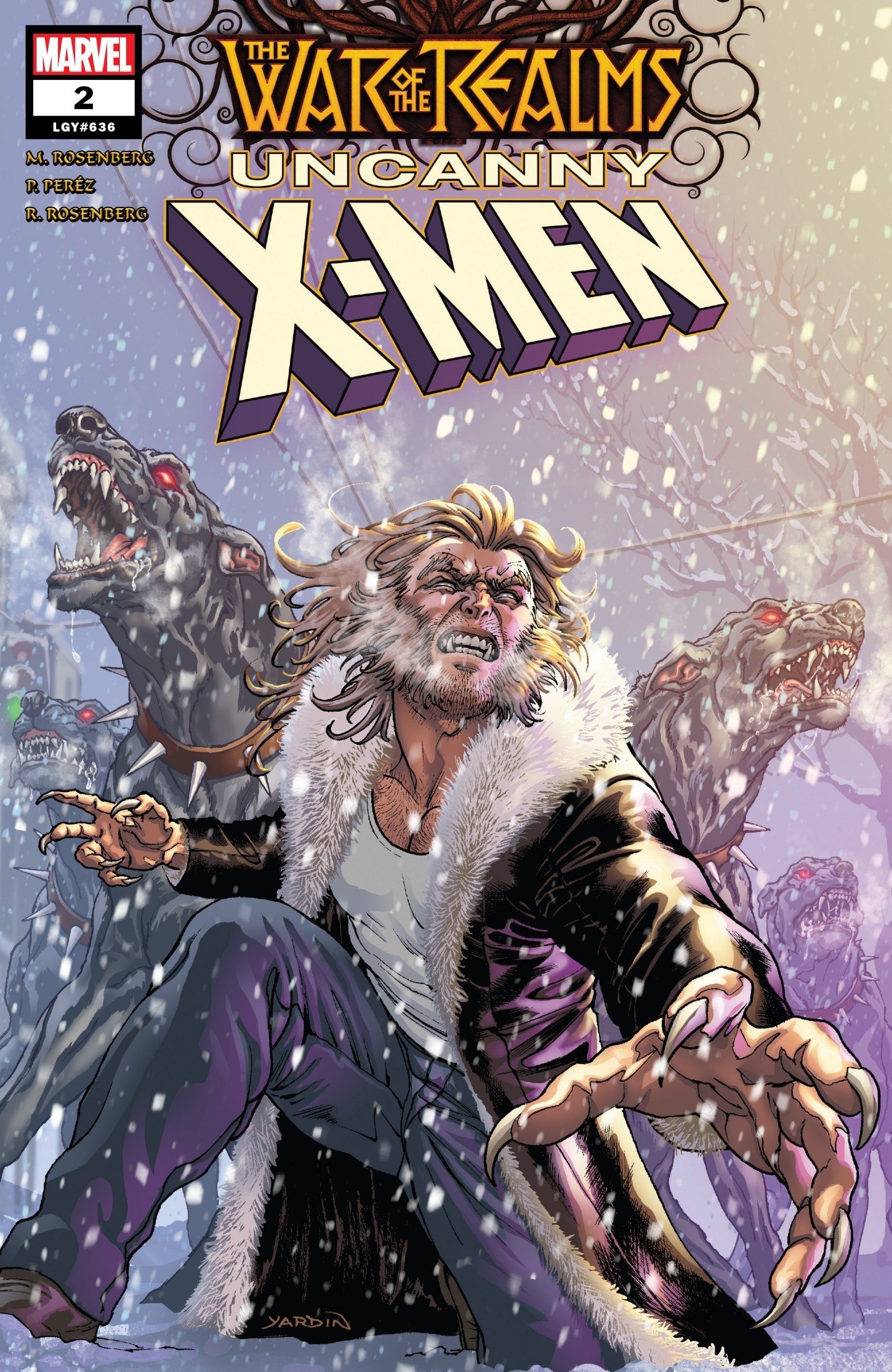 Please leave the X-Men out of mega-crossovers. They have their own problems to work out, and diluting the release schedule with tie-ins no one asked for only triggers another eye-roll from the comic shops and fans staring into an abyss of disposable stories and comics. The biggest crime, however, regarding the “War of the Realms: Uncanny X-Men” mini-series is its placement within the legacy numbering system adopted by Marvel.  Already controversial with how it actually tallies the numbering of previous volumes to end up with Legacy numbers, now they are just outright disrespectful with continuity and the emotions of fans.

In Uncanny X-Men #17 (LGY# 639), the main X-members mourn the murder of Wolfsbane, while Wolverine enlists their prisoner Kwannon to help him track the perpetrators.  The controversy of that issue rested in the fact that the murder of Wolfsbane was written as a not-so-subtle, and more than a little naîve, allegory to transphobic murders. Insult to injury gets rubbed in with sea salt in the pages of the War of the Realms, which also carry the Legacy numbering – issues one through three of the mini-series correlates to Legacy #635 – 638.  As the War of the Realms mini-series ships in between the regular release dates of the flagship title, the title still features Wolfsbane very much alive.

Not only is it disrespectful to the character for the shipping schedule to be planned in such a way, but also to fans who just saw a woman murdered for being a mutant. Clearly unprepared for the blowback from Wolfsbane’s death that was the equivalent of a “trans-fridging,” Marvel and writer Matthew Rosenberg are walking a strange line between trying to be socially relevant and not come off as “out of touch.”  Thus, pseudo-liberal corporate paternalistic practices continue under the guise of progress.

The only interesting thing about the issue is how Jamie Madrox becomes so vital to X-Men because his ability to duplicate himself allows him to lead the arm that supports the X-Men in their stronghold against the forces of Malekith.  Otherwise, all we get is the re-emergence of Sabretooth – loyal to Malekith’s force – in a brief scuffle with Wolsbane and the return of the Sunspot.  Unfortunately, the legacy number comes off merely as a tactic to make fans feel like they have to buy this mini-series out of “collectors’ obligations.” Given the sloppiness between the numbering the issues and the emotional arcs within the larger X-Men narratives, real fans are better off just leaving this mini-series alone. 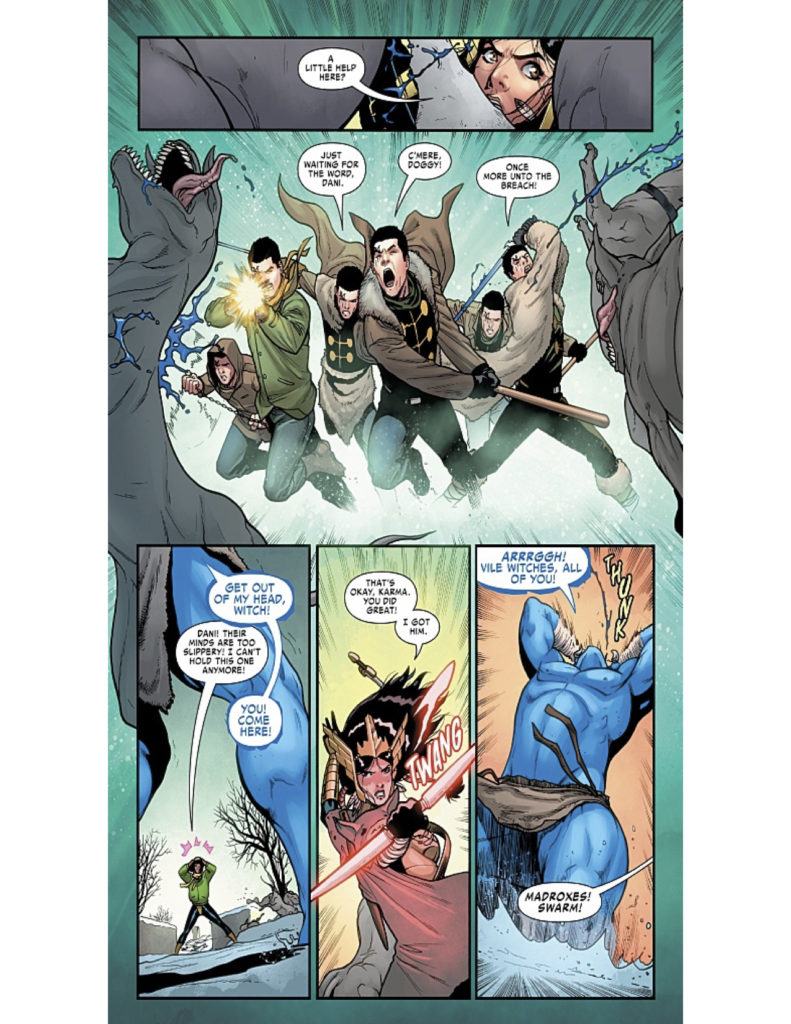 If you are deep into the War of the Realms mega-event crossover, then maybe you will enjoy this issue and series.  If you are an avid and/or casual X-Men, just skip it.  Reading this issue was like eating a mayonnaise sandwich with cauliflower….ok, not that bad, but about that bland and pointless.

4 out of 10 Distracting Crossover Tie In’s