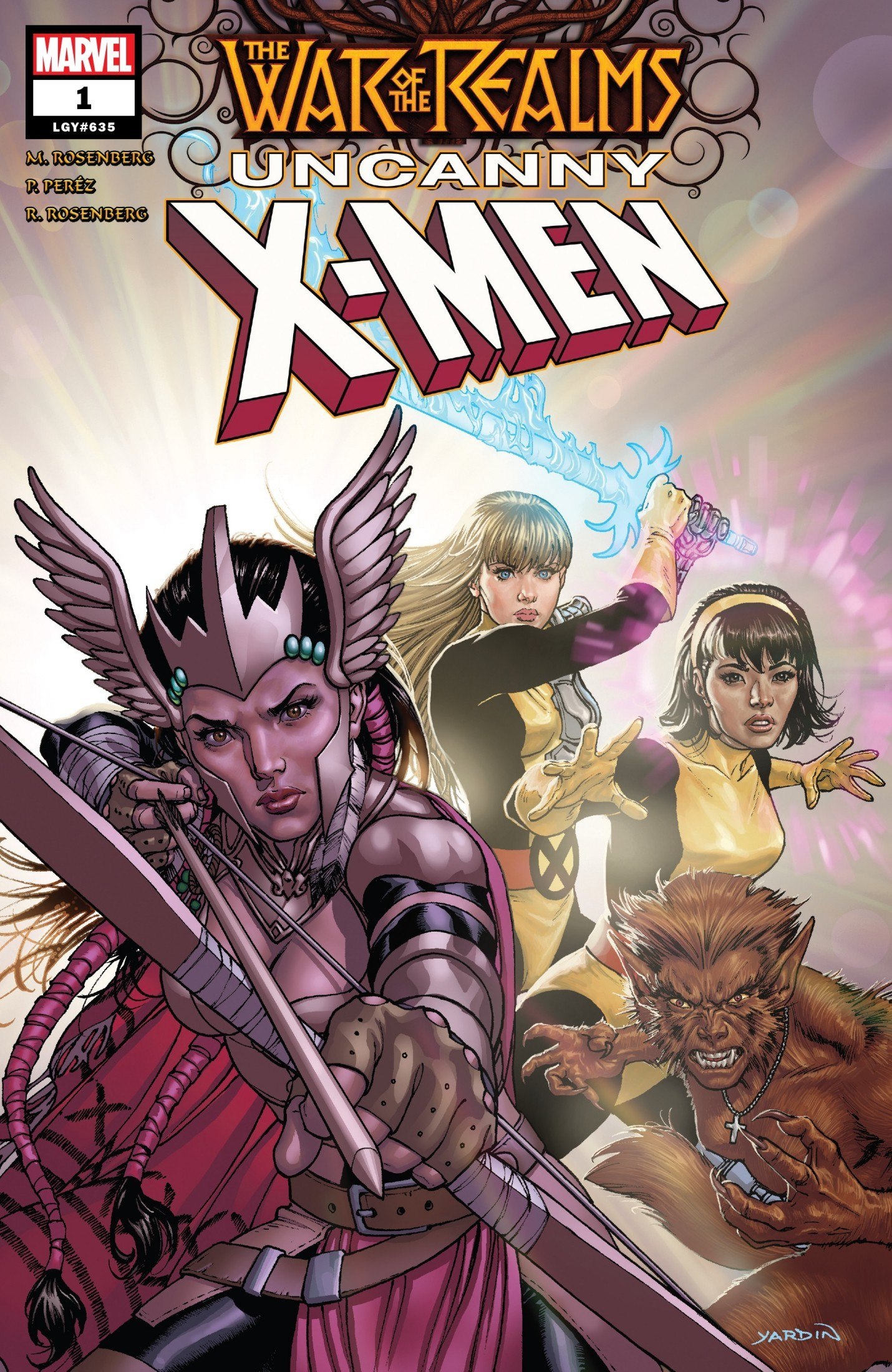 “No one is coming. Asgard has fallen.”

No one is safe from a publisher-wide event, not even the X-editorial office. Despite being midway through the”Age of X-Man” splinter universe, the “War of the Realms” storyline (spearheaded by the long-game plotting by Jason Aaron in the pages of Thor) finally makes its way to Uncanny X-Men. Excessive tie-ins assemble!

For the collectors and habitual Uncanny X-Men readers, this will be a bit confusing and (definitely annoying). The previously released issues of Uncanny X-Men were numbered 15 & 16, with Legacy numbering at 634 & 635. In order to make these “War of the Realm” tie-ins feel relevant and possibly marketable, they also carry the Legacy numbering so that they can be catalogued alongside the Uncanny reboot. The real confusion begins when you realize this initial “War of the Realms” issue carries the exact same Legacy number as Uncanny X-Men #16 despite the events of the issue taking place directly after Issue #15. In terms of release schedule, the issue feels like bad timing in favor of company synergy. The heavy cliffhanger in last week’s #16 in which Dani Moonstar collapses in agony as she senses the death of Wolfsbane now feels a bit odd. Rahne is very much alive in this War of the Realms tie-in, and it will only get more confusing moving forward. For example, if Wolfsbane lives throughout the planned three issues of the series, how will they fit numerically within the legacy sequence? If she is dead in the next two issues of Uncanny but alive in the War of Realms mini-series that that places immediately after Issue #15, how ill the numbering system resolve this discrepancy? Narratively and logically, shoving Uncanny into this multi-realm battle only takes away from the strong work going on in the flagship title. 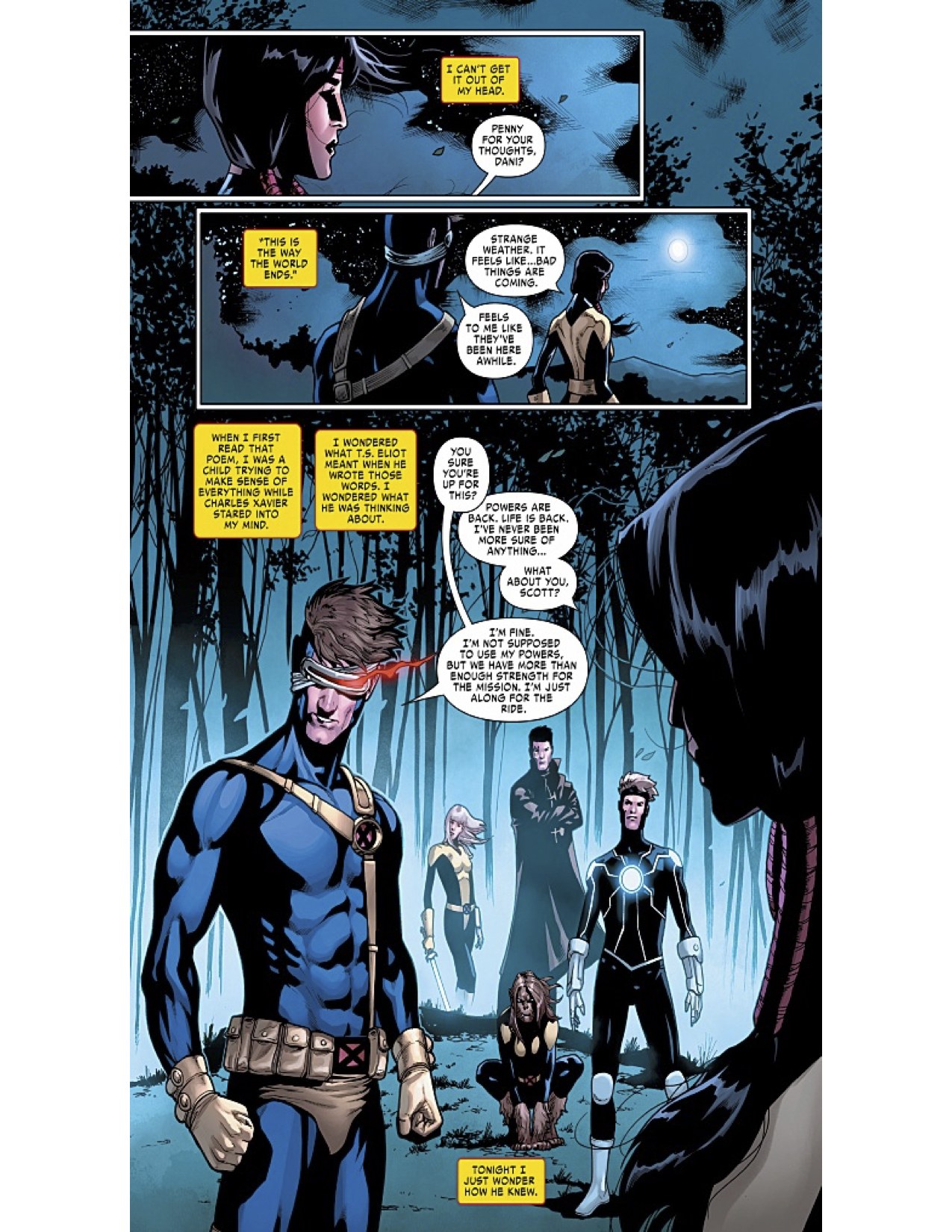 The issue starts not long after issue 15. Cyclops’ bandaged eye is evidence, since his loving granddaughter Hope shot it out. In the midst of a mission to stop Orphanmaker from kidnapping mutant children, the X-Men take an uncalled-for beating when Mirage (Dani Moonstar) and Magick (Ilyana Rasputin) take off without warning. Unbeknownst to the others, Dani hears the cry of the Odin’s warrior Valkyries.  When Magick returns, she immediately teleports the remaining team to Manhattan to face the sieging hordes of Malekith.  Unable to find Moonstar, the team decides to remain in the battle in anticipation of coordinating with the Avengers or Thor.  Midgard is home to human and mutant alike, so the X-Men are more than willing to join the battle.  After battling generic Malekith forces and angry flying alien dog creatures, the X-Men find Dani alone and without any hope for reinforcements.

“War of the Realms: Uncanny X-Men” continues for two more issues.  Aside from the hope that the series continues to explore Dani Moonstar’s inner journey as both a mutant and Valkyrie, not much helps this book stand apart among other strong X-titles on the market.  All in all, it’s a completely skippable tie-in between release weeks of the flagship title.