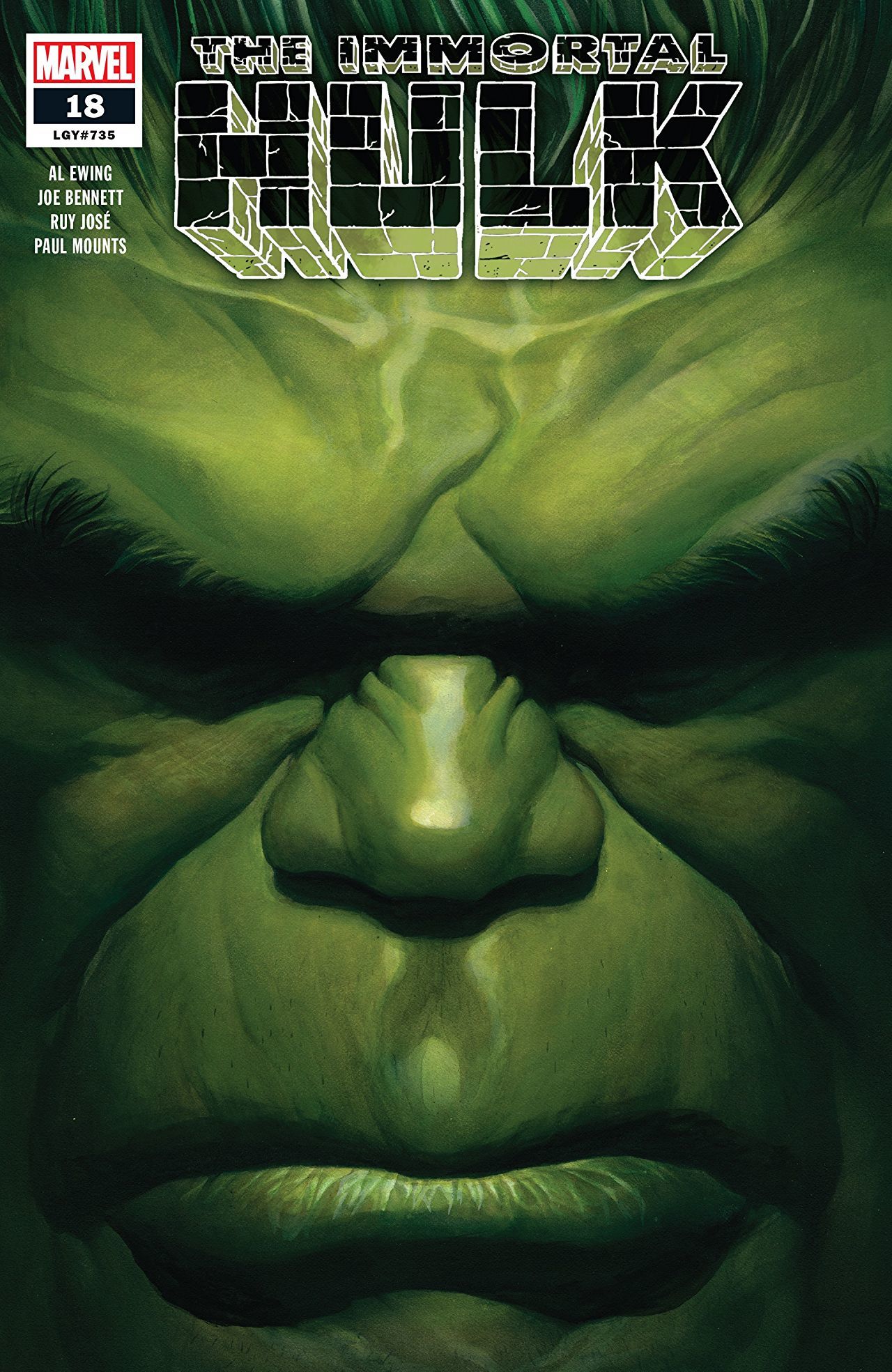 Bruce Banner with a mustache and no beard is definitely an inspired choice. Immortal Hulk #18 begins like the aftermath of a fever dream, with a significant amount of lost time and confusion. The end of the previous issue might as well have been one, with the monstrous amalgamation of all the Hulk personalities trying to claw their way out of one body for dominance.

I just want to take a moment to shout out Joe Bennett. There is a certain beauty to how he finds new ways to warp the Hulk’s form into new grotesques. It’s fascinating to go back through the past issues for the various ways the Hulk has been transformed and disfigured. He’s more of a creature now than a man.

Ewing’s story has also allowed Bennett to play with some of the other gamma-related characters in the book. We get to see more of Betty Brant’s new bird-like form and the new version of the Abomination, teased at the end of the last issue. They’re frightening, complex, and twisted thanks to Bennett’s wild imagination of how these creatures can look. His art alone contributes a hell of a lot to its mad science/supernatural vibe. 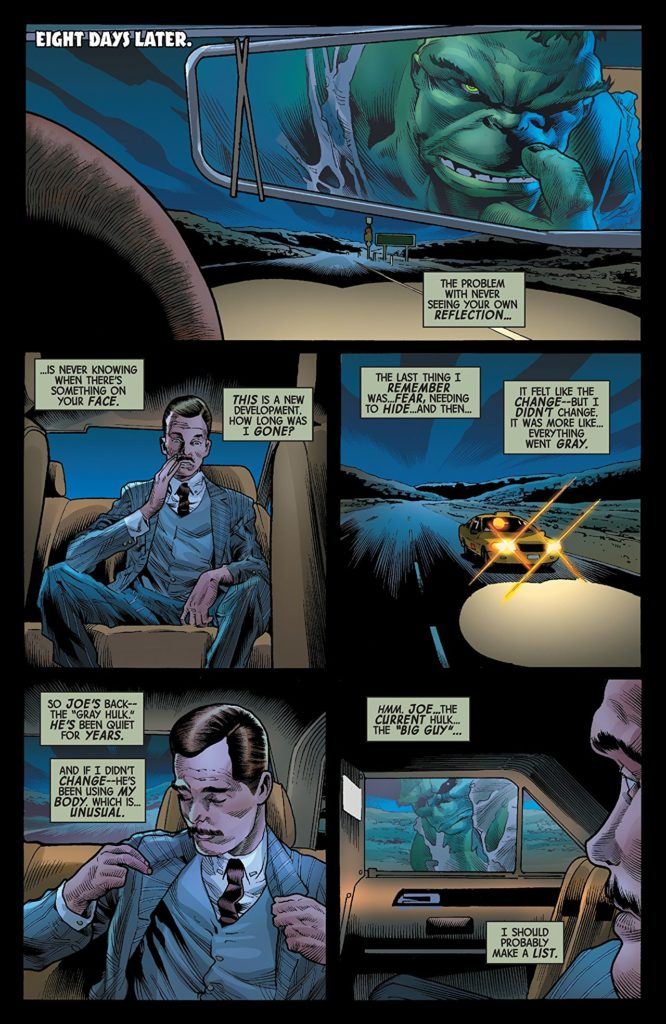 Storywise, we have another solid issue that explores Banner coming to grips with his newfound status quo. Ewing’s version of the Hulk is evolving with every issue. I like how the book acknowledges how Banner is having trouble keeping up with everything regarding his personalities and the “Devil-Hulk.” The opening panels are great at showing the disorientation and confusion that comes with Banner’s life.

In a way, Banner himself is evolving as well. The relationship between Banner and Hulk is growing closer, but Banner is relying less on the Hulk’s “protection.” Clearly, he and the “Devil Hulk” have something planned. Whatever develops, I feel like Ewing is going to drop a bomb on us that will blow our minds. He continues to up his game on the horrifying, unnatural and awe-inspiring aspects of this book. Ewing’s not only out to reinvent the Hulk, but the whole Hulk mythos.