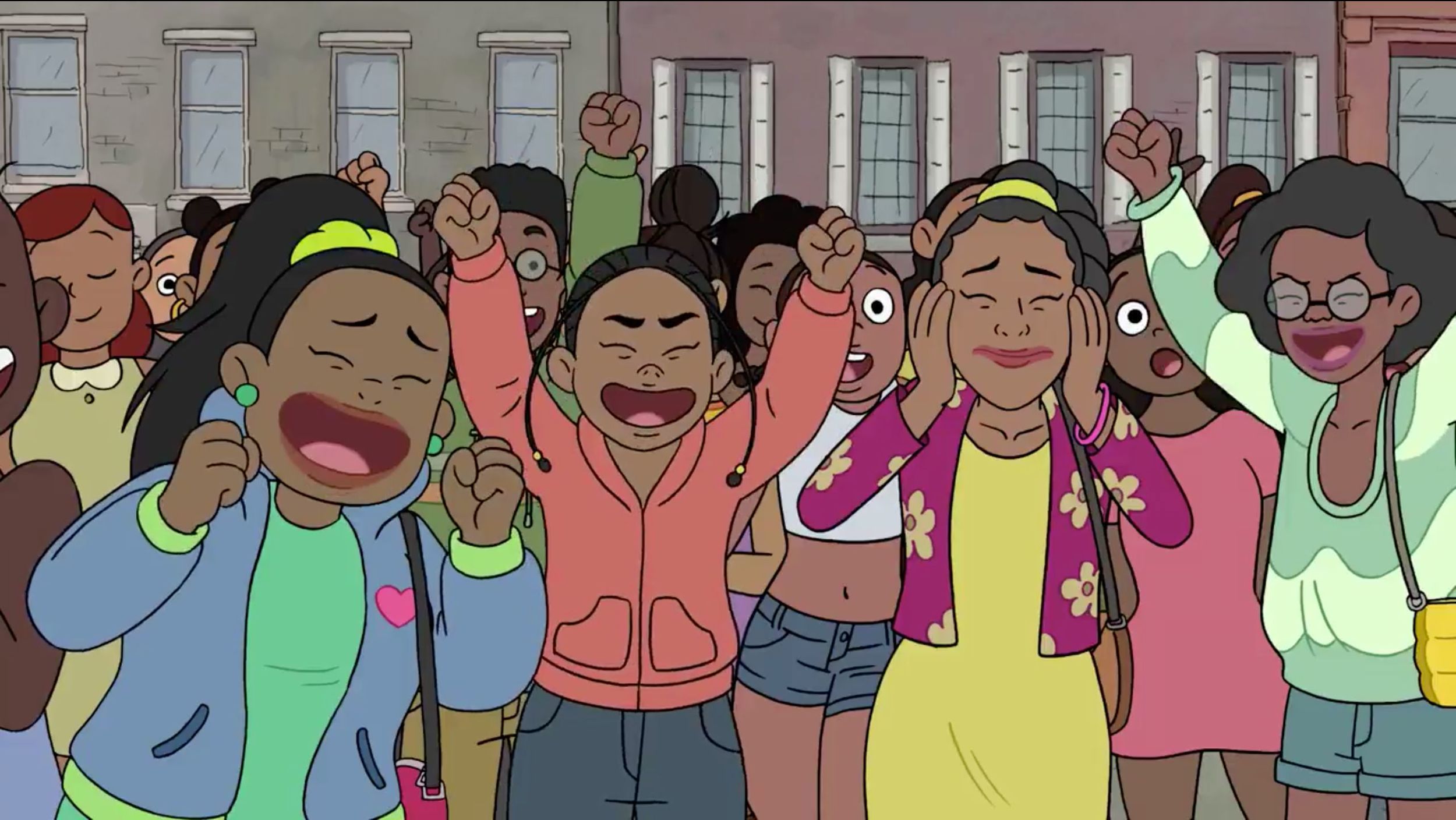 There’s no shortage of lengths I’ll go to in order to make a gif. I once spent three hours converting a Twitter post into a video then cutting it just to gif a moment. I also spent 6 hours making gifs one by one for an editorial post. Now, I already told you how I give it up with going hard in the gif. This is what I do. Where everyone else sees a video, I’m looking at the reactions in the video, can I use a certain moment later? Do I have to edit moments together? This is my gif(t), this is my curse.

It’s easy to use a popular gif that everyone is familiar with in a conversation or a social media post. Me? I’m constantly looking for those deep cut gifs that make folk ask “Where’s this from”?! (I’ll never tell). Traveling across all genres for reactions, I’m talking wrestling .gifs, anime .gifs, battle rap. gifs, cartoon .gifs, all the while looking for that one .gif. The rarest of .gif that stands above all. These are the white whales of the internet. Gifs with a continuous loop. A loop so perfect you can’t tell where it begins or where it ends. The perfect loop or as I like to call it, ‘the ghost in the .gif’.

*Sits down. Picks up a glass of wine* You never know where the ghost in the gif will appear. One must be vigilant at all times *swishes wine around in glass* in order to capture the moment. *sips wine then spits it out remembering I don’t even drink wine*

So, I’m minding my own business scrolling through my Twitter timeline, right? I come across a new clip from We Bare Bears. It’s a show about three bears living in Cali. I roll with We Bare Bears because it’s hilarious and all the humans in the background are wildly diverse. They have people of dark skin tones, hijabs, different hair textures and hairstyles in a lot of scenes. I click on the video and see the bears flashing back to when they were younger and out here boy banding or Bearz II Men’ing in a Black neighboorhood. I lost it.

The baby bears are playin’ it smooth ? ??
Watch them dance it out in a special NEW #WeBareBears episode, Bearz II Men, featuring @SoGallant! pic.twitter.com/ndSmFf3ppo

I. Rock. With. This. Show. First off, they got the nerve to make the song a bop, have’em holding a concert on the block, and then showing all that Black girl joy? What? Black women had a hell of 2017 too (technically, they’re always having a hell of a year and dealing with the most). That’s what I’m talking about. This video is a promised land of gifs. I bought the entire Bearz II Men episode because there are so many moments in it that you can use for reactions to anything. Do you know how hard it is to find unique Black reaction gifs? This is art. It’s an art gallery of gifs, my guy.

“The great clutching of the pearls”

“Take all my money!”

The ghost in the gif (of the perfect loop)

Look at the beauty of the gif, son. Dead center where that atmosphere be so Black. Black women enjoying themselves. I love how hard in the extra this goes with the woman fangirling. My girl straight hit the “I can’t even” faint and there are doctors already on deck to carry her off. Mind you, they’re Black doctors on deck. Two different Black doctors (you can tell by their hair). They were so smooth with it too. This is way too much, I need a moment. Yes, hell yes! Now, imagine all the different context you can use this gif for, like when your friends are out here winning and you wanna show your support? It’s gifs like this that make the internet a better place. That clip was enough to make me stop procrastinating on catching up with We Bare Bears too.

This is why it’s important to have diverse people onscreen. So everyone can see themselves being represented… and get great gif reactions. I’m just saying, great gifs come from a wide variety of places, especially where you least expect them. Sometimes all you need is a kid performing with a Grizzly bear, Panda bear, and Ice (Polar) bear turning the corner into a block party.