End of the arc!

We know why we read Ms. Marvel — we love to watch Kamala come through her superhero issues in a way that is strangely analogous to all of our mundane ones. Then, as she figures herself out, she beats the stuffing out of a bad guy in a satisfying and funny finish. This issue hits all of those notes exactly.

At the end of #27, the replacement squad of Nakia, Gabe, Mike, Zoe, and the Red Dagger called Captain Marvel for backup. She arrived with her usual flair. 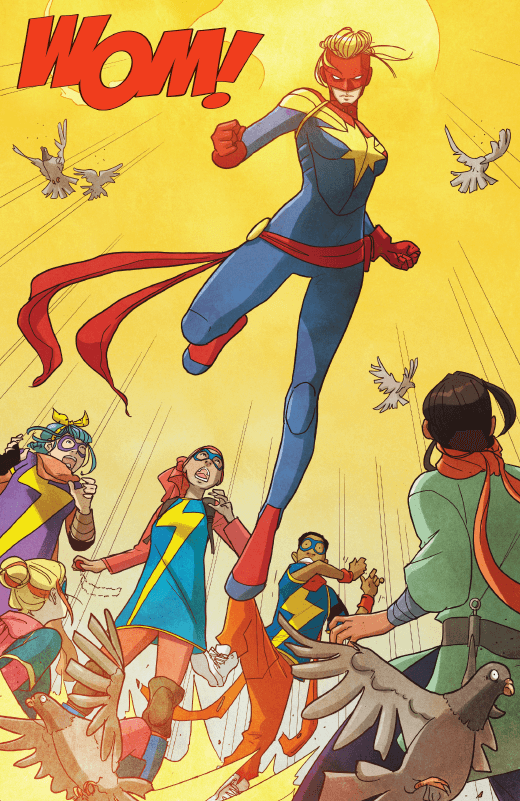 Now that the Captain is here, the Inventor doesn’t stand much of a chance. But winning isn’t the question, the question is: Where is Kamala?

Naftali of the Perfect Sandwich followed all the clues and found her, finally luring her from behind the walls of her private school with pastrami. 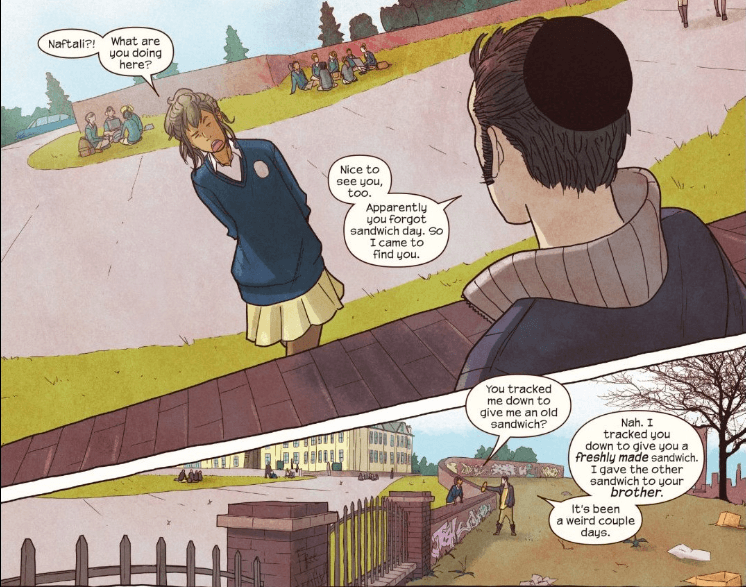 After the search, he does a great job of talking Kamala through the “moral” part of the story — her friends not only have her back, they also have her front and her sides as well. While she’s been gone, they’ve been doing their best. Her crew is there and ready to face down the Inventor’s army of animals, all of whom have been outfitted with mecha-parts…yeah, this is the hilarious part. 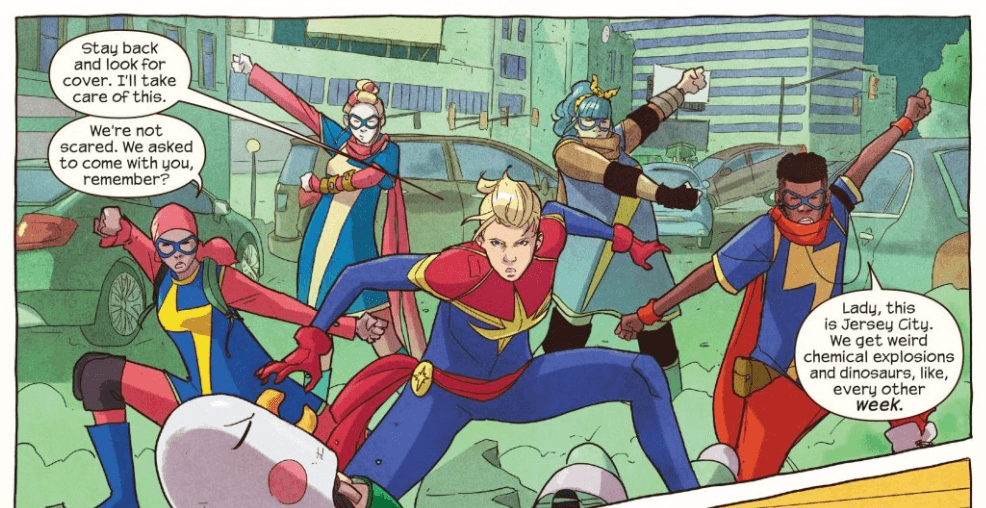 The art continues to amuse and be filled with hidden gems. The characterization of the background players — who now find themselves front and center — is spot on, never overdone or stereotyped.

The pacing across the 4 issues has been a little slow, but this last issue really brings it all together. And in the end? Ms. Marvel and Captain Marvel are on the road to reconciliation, putting the mess of Civil War behind them. (Thank goodness.) I couldn’t ask for anything more from one of Marvel’s flagship series. As the folks with the big hats keep making changes to the different series, they’d do well to keep their hands off G. Willow and squad. This is a team that is doing just fine churning out the hits.