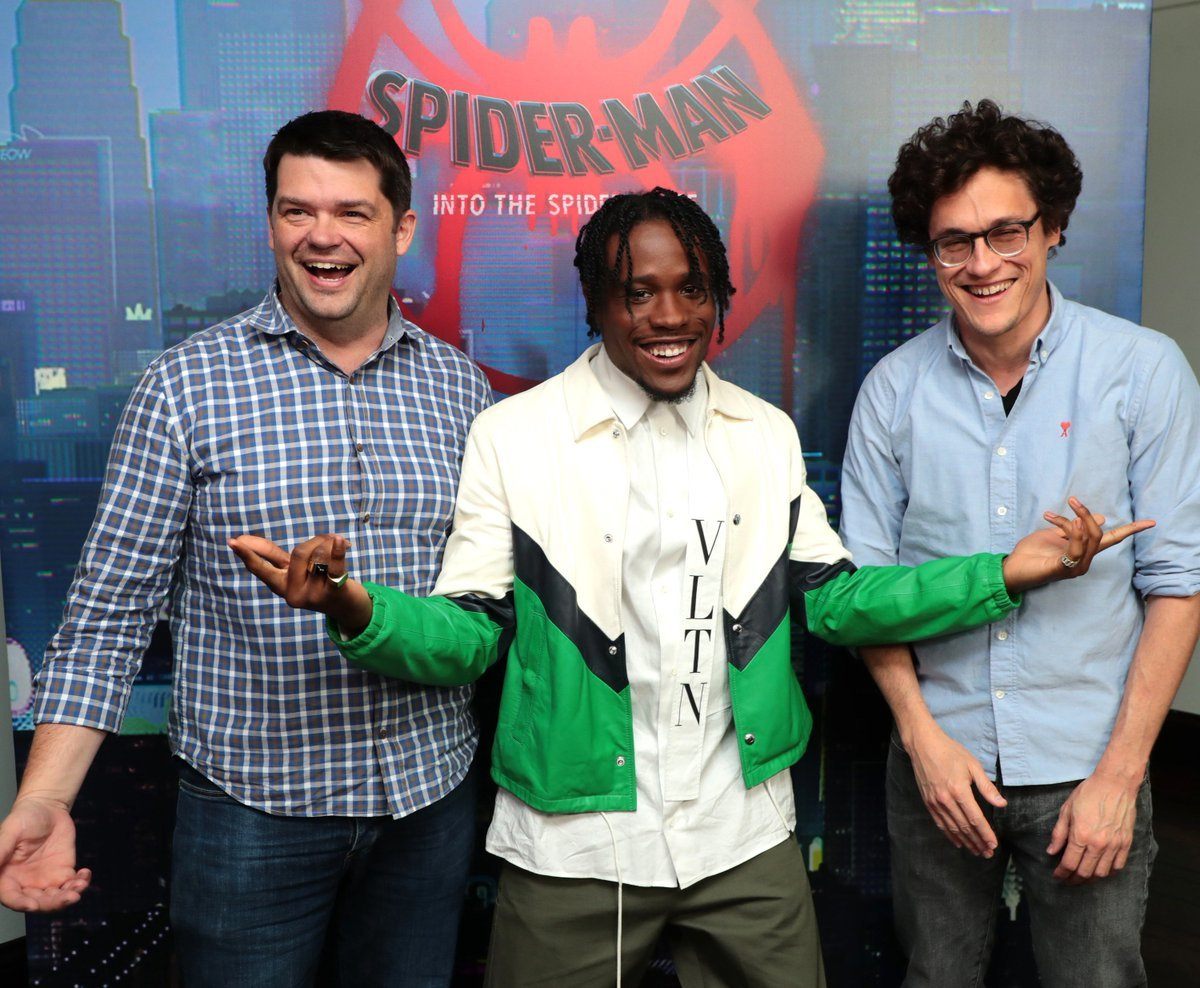 Spider-Man Into The Spider-Verse is already lighting up review blogs. Animated movies can’t sell what?! Cartoons are for kids who?! Black Nerd Problems was lucky enough to track down the exciting young Dope and The Get Down actor, Shameik Moore, who’s the voice behind Miles Morales, for an interview. We talked about bringing Spider-Man to life, the sensational new animation style that this movie ushers in, and find out who had all the jokes while filming!

“I Am Miles Morales”

BNP: Would you consider yourself a comic book head? Casual fan? Or would you put yourself in a different category?

Shameik Moore: I’m a comic book fan but not a comic book nerd. I don’t follow like true fans, but I like the idea of heroes. I wrote it in my journal while I was filming Dope that, “I am Miles Morales. I am Spider-Man.” Then less than a year later, Chris and Phil saw Dope and wanted me to be Miles Morales.

BNP: The look and the feel of this movie is so unique. Is there anything you want to tell fans about the style or animation in Spider-Verse?

Moore: It’s one of those things you have to see it. It looks like a comic book that came to life.

BNP: What was it like when you got the call from Phil and found out you’d be voicing Spider-Man?

Moore: Well, I got the call from my team, not Phil. I didn’t see him until we started filming. But when the opportunity first came up, that’s when I was most excited.

BNP: Were there any fears about becoming one of the more iconic new heroes in the Marvel universe?

BNP: One of the main differences between being on screen and in a voice studio is you might have to pay closer attention to voice fluctuations and enunciation, because they can’t see you. Did you perform any exercises or anything specific to get a sound or a certain feeling?

Moore: Na, it was just I was trying to talk like a younger person, but they liked how I was approaching it naturally, instead of trying to put a voice on. They liked it, and I liked it and we found Miles over these two years.

Moore: I got a Porsche. I helped get my parents a house, and I’m renovating my spot. That’s big for someone from Lithonia, GA.

BNP: Since Spider-Man is based in humor when that mask is on, can you tell us who had the funniest outtakes/how many jokes didn’t make it into the movie?

Moore: Jake [Johnson] is the funny guy. No competition. I know that Brian Tyree Henry throws a lot [of jokes] out there. Phil Lord throws a lot out there. The directors and writers are pretty funny too. Jake is Spider-Man witty type humor.

BNP: Being the main character, you probably got to work with most of the cast. Who was your favorite actor to work with?

Moore: Honestly, I only got to work with Jake Johnson and Brian Tyree Henry in the studio. We [the entire cast] really only got together today.

BNP: Favorite moment of the process? 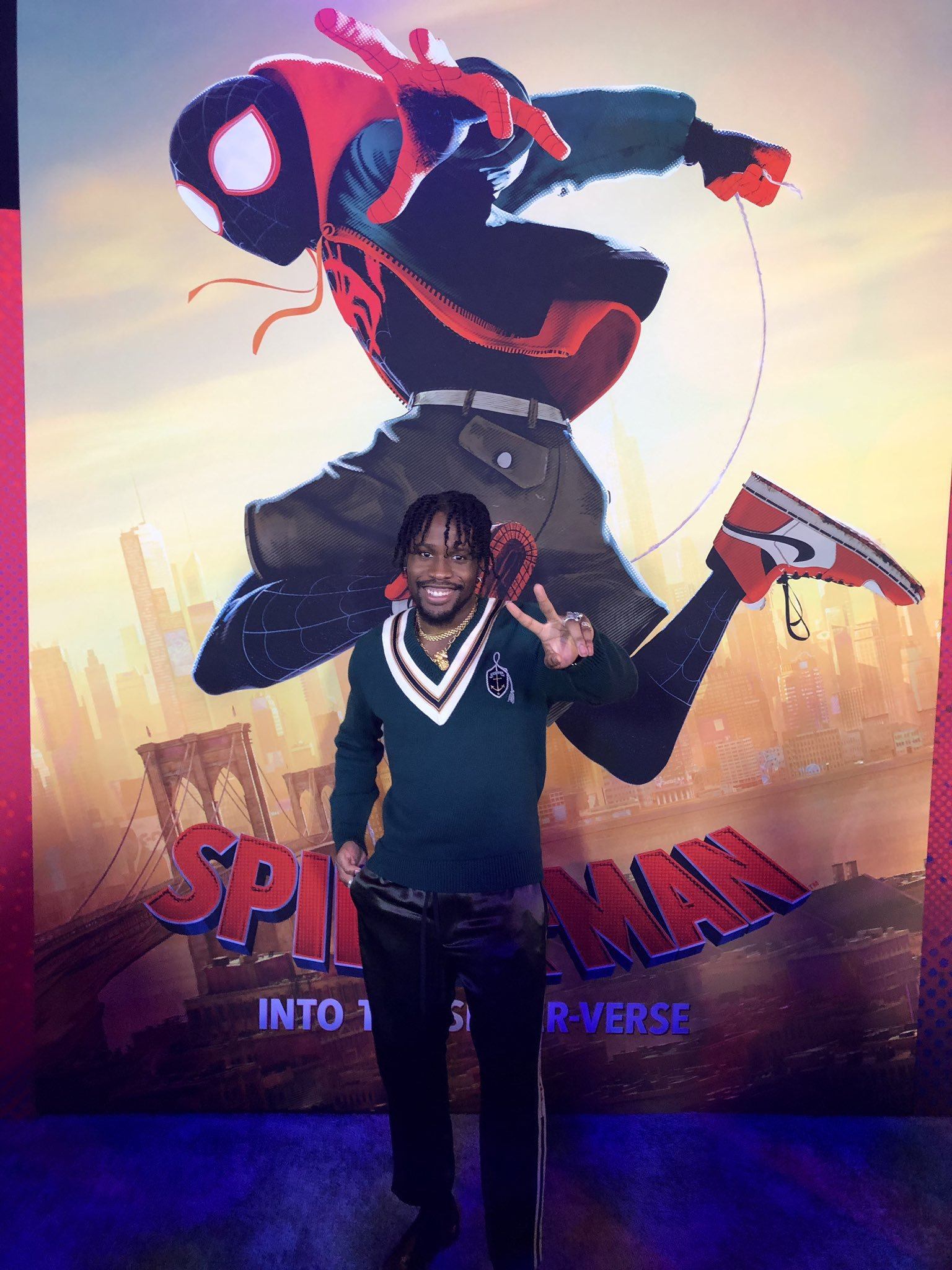 Moore: My next movie is Cut Throat City that comes out next year. RZA directed it, Wesley Snipes is my pops, T.I.’s in it. Kat Graham plays my wife and baby moms. Terrence Howard is in there too.

BNP: Any message for the fans?

Moore: I hope you guys love Spider-Man: Into the Spider-Verse. If you do, don’t hesitate to reach out to me. My IG is and my Twitter is @ShameikMoore. It’s 100% on Rotten Tomatoes. The visuals are groundbreaking. If you love it, reach out. I would greatly appreciate it.

Go check out Spider-Man: Into the Spider-Verse in theaters now!