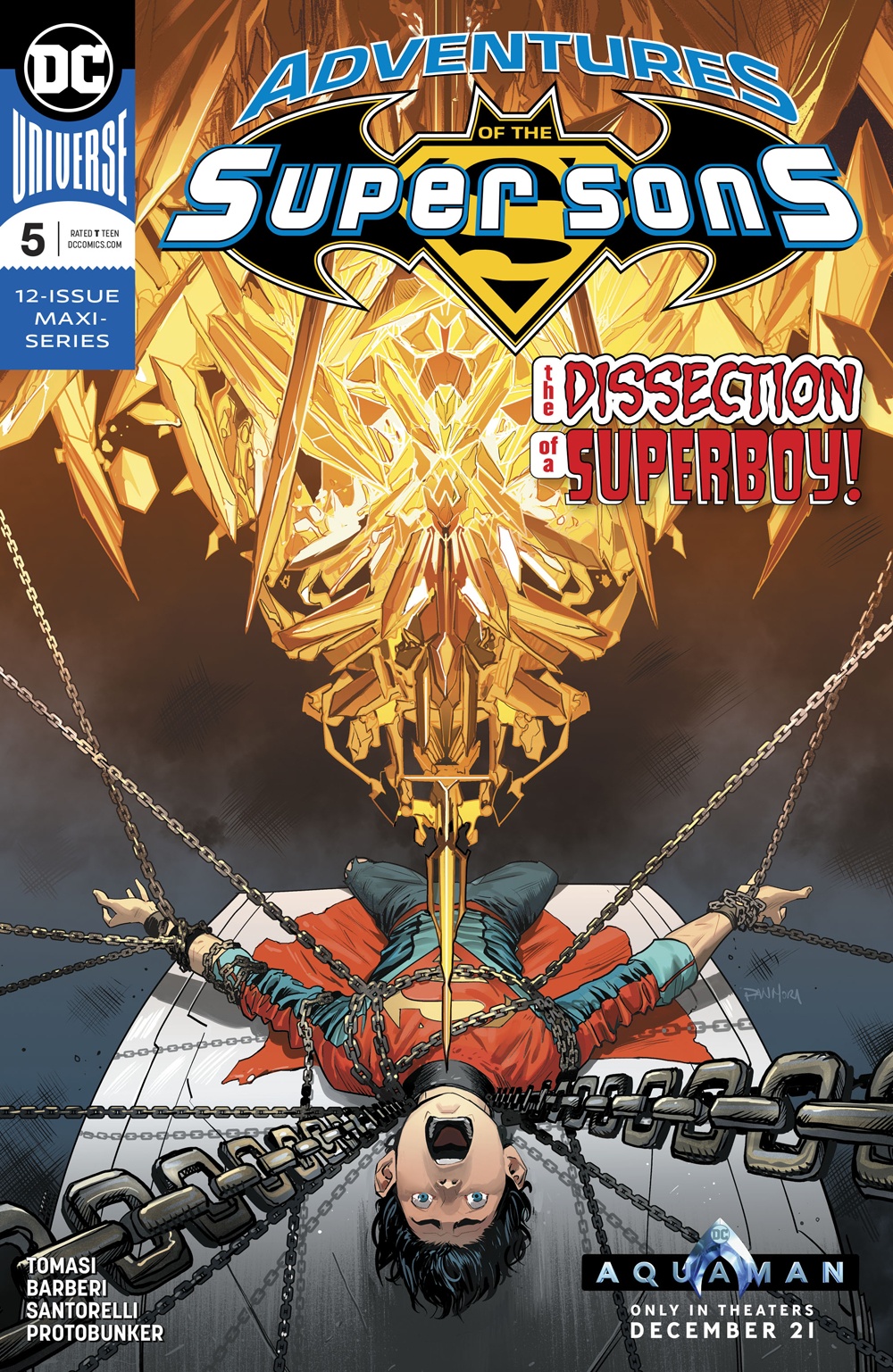 I don’t think I’ll ever get enough Super Sons comics to satiate me. Every issue of Adventures of the Super Sons is a fascinating reflection of growing up. When Damian Wayne and Jon Kent are paired together, they bring out the best of each other. It’s a dynamic that they inherited from their fathers, but in many ways they’re continual development helps temper it like refined steel. Robin may be incredibly cynical and Superboy may be hyperidealistic, but they both are at an age where they can learn from each other and be better for it.

This dynamic has never been exemplified better than in Adventures of the Super Sons #5, where Jon and Damian met older iterations of themselves and their dynamic is inspected from four different temporal angles. It’s a wonderful meditation of looking back at the past and looking forward to the future and creates a layered narratives that tugs at the heart strings. 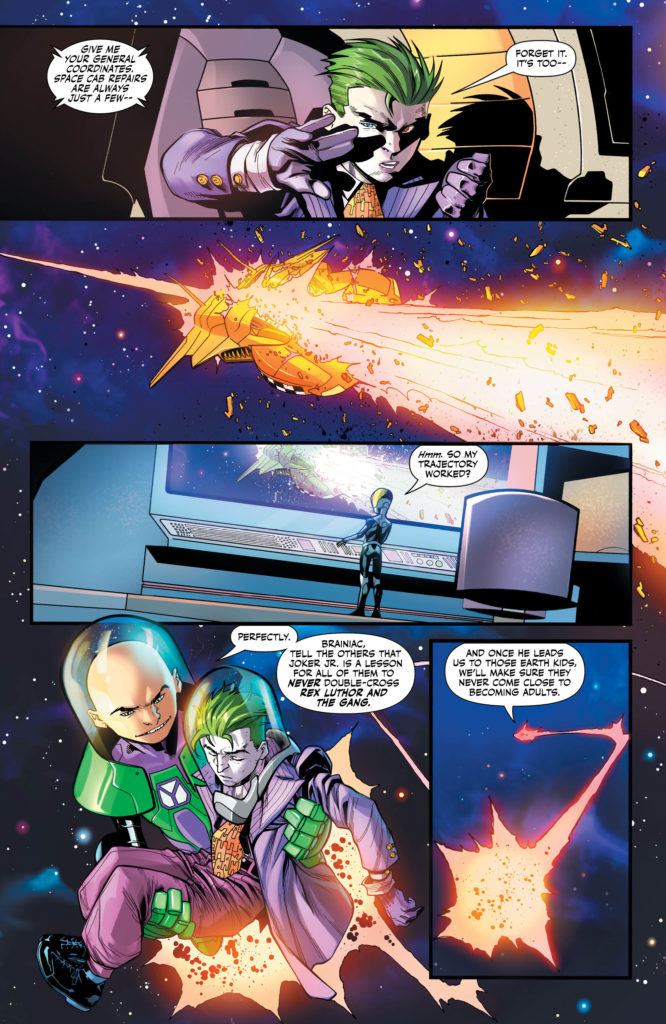 Barberi’s artwork continues to absolutely stellar. The designs of elder Damian and Jon feel like natural progressions of the characters and show a potential outcome for the two characters that feels very much in line with the boundless optimism the series progresses with. This coupled with the futuristic, sci-fi set pieces create a fun jaunt that remains enticing as we start nearing the halfway point of the maxi-series.

The final pages of Adventures of the Super Sons #5 show the creative team in top form. Tomasi’s dialog and narration is near perfect and cleverly plays with the various tropes utilized to continue the story of the Super Sons. It’s a bombastically fun read, easily the happiest, go-luckiest DC title on the market and this series embodies the very tenants of superheroism. Pick this title up now. Whether it’s for you or a younger reader, Adventures of the Super Sons has a lot of heart that will capture your imagination and kindle the innate desire to try and do good in a world that doesn’t always do good by you.