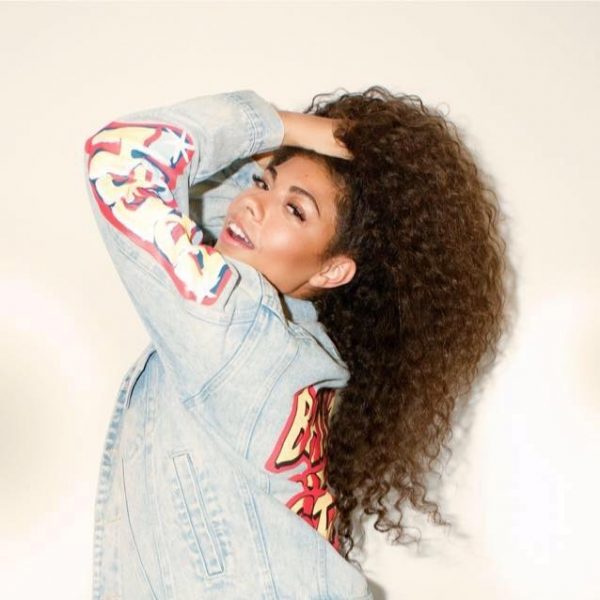 Black people in Korea?!?! Yes, it’s true folks, despite the fact that BNP has been on team Blasian for a minute (check out this article, for instance), the Internet’s pop music sector is just now catching up and it’s all thanks to girl group RANIA who are making K-Pop history through the addition of member Alex Reid. For those of you not familiar with the glitter-encrusted world that is the Korean Wave, though, let your official BNP Blasian-in-residence explain just what this momentous occasion might mean for all of us.

Believe it or not, what was once a cute anomaly may be the future of pop music as we know it.  A few years back National Public Radio’s “Planet Money” produced a fascinating podcast (which you can listen to here) detailing how the Korean pop music industry has been able to achieve in a few years what took Americans decades to learn: how to create visually captivating acts with language-transcending earworms and then build the music factories to replicate them ad infinitum. This impressive feat explains why songs like Psy’s “Gangam Style” could dominate American radio for so long or, more recently, why Microsoft would market a commercial challenging Apple to the tune of 2NE1’s “I Am The Best.” As if this weren’t a significant enough symbol of a world takeover, PopCrush’s annual Battle of the Bands competition proved last week that 2NE1’s fanbase is massive enough to take out the likes of One Direction while another K-pop group, T-ARA, crushed Beyonce in Billboard’s Fan Army Face-Off . In other words, the Korean music scene has been poised to top music charts across the globe for a minute now, which in many ways means influencing cultural discourse around relationships, sexuality, and even race (cue conservative white American outrage in a panic of Yellow Peril).

[divider type=”space_thin”]
Alex Reid’s RANIA debut, however, may be less the big deal news sources have made it and more of a red flag to watch out for. While Reid may indeed be the first non-Asian member of a K-Pop girl group, she’s hardly the first Black member. Merely three years ago singer Lee Michelle had been training to storm the music world with girl group SuPearls fresh off her run on the first season of K-Pop Star (think Korean American Idol), only for their contracts to suddenly be terminated. While Lee has gone on to produce achingly bittersweet ballads like her single “Without You” that tells the story of a Blasian girl struggling to grow up fighting anti-Blackness, there’s still quite a bit of side eye at her former label YG Entertainment, the masterminds behind Psy, 2NE1, and yes, RANIA. To be honest, YG doesn’t exactly have a sparkling reputation of sensitivity towards Black people in general (for example, just try sitting through this video of another YG act, BIGBANG, without cringing a little), so the move to RANIA comes with a lot of accusations of Reid being used as more prop than person.

If she’s done her homework, though, Reid might be able find guidance in OG Korean Black musicians like R&B queen Kim In-Soon, known publicly by stage name Insooni, who’s still holding it down like a boss even two decades after she first debuted (sidenote: I’m convinced that she’s the only person on the planet fly enough to look like my Black grandma and my Asian grandma at the same damn time). As an American-born rapper planning to make it big in Korea, too, Reid will also know to pay tribute to the goddess of killer Blasian bars herself Yoon Mi-Rae, aka Tasha or T, whose impressive list of awards include topping the Billboard K-Pop charts with her song “Touch Love” and being named one of the top 12 female MCs in the world. In addition to their musical prowess, Reid may also be able to learn from all three musicians how to navigate Korean culture as a biracial Black person (though her family is white and Black rather than Korean and Black).

[divider type=”space_thin”]
While it’s still too early yet to see if a non-Korean Black woman can steal the hearts of K-Pop fans for good, things are already not off to the best start. Due to visa issues it seems Reid wasn’t able to make the shooting for the premiere feature video “Demonstrate,” appearing only in the teaser. Additionally, in a recent concert where all six RANIA members were present, she had notably less stage time than her companions (though this may be because of the large time gap between her lyrics). Despite these setbacks, Reid recently wrote in her blog that she felt that she was living a dream come true and hoped to inspire people “to chase their own dreams no matter how far fetched they seem.” One thing’s for certain: we’ll be keeping an eye on her progress and rooting for her success both in music and crossing cultural barriers. View the teaser video below and let us know what you think of this big moment in K-Pop history!